Today was the first of my Wineau columns for the East Bay Express. Every two weeks I taste three bottles of wine under $10. This week it was New Zealand Sauvignon Blanc. 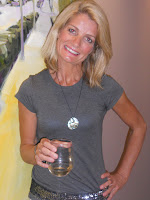 From a Land Down Under
New Zealand Sauvignon Blancs: decent wines for feeling fine.
By Jody Brettkelly

King Shag! I was chortling like a schoolboy when I picked out this New Zealand Sauvignon Blanc from Trader Joe's on College Avenue in Oakland. Feeling not a little shady, I buried this wine under the pita bread in my basket and snortled some more. In the land "down under," the word "shag" means just that — doing things ... down under. But when my friend pointed out that the word doesn't necessarily have the same meaning here, I realized that what I thought was marketing genius is really just a bottle of wine named after a rare bird from Marlborough.

I must confess that I am a Kiwi who loves New Zealand Sauvignon Blanc — so perhaps not the most impartial person to be reviewing three bottles of Kiwi Sauvignon Blanc, albeit $7 ones. Besides King Shag 2009 ($6.99), I also bought a Picton Bay 2009 ($7.99) and a Sauvignon Republic 2009 ($6.99), making it a hat-trick of wines from Marlborough.

My fellow taster and I looked for the grassiness that New Zealand whites are known for as we sipped, but smelled something else we couldn't place. Then I got an e-mail from New Zealand. It's a best-kept secret that Sauvys smell like cat's urine, my childhood friend said. We sniffed again. Oooh no! Thaaat's what it is!

Marlborough is on the northeastern edge of the South Island, known for low-lying valleys that were used by the indigenous Maori traders. The area's 65 wineries and 290 vineyards grow everything from Riesling to Pinot Noir.

But Sauvignon Blanc is its signature wine, as the valley offers good drainage and low-fertility soils, which are ideal for that grape. Sauvys are made from green grapes, and their name comes from the word sauvage, meaning wild, and blanc, or white. Like the Hollywood starlet of the wine world, they are usually consumed young and rarely benefit from aging.King Shag and Picton Bay were similar — very white and thin. There was some minerality, with a bright acidity to finish. On first taste we found them inoffensive but wan. Yet after a couple of sips I could taste a subtle star fruit in the King Shag.

The Picton Bay had a hint of Asian pear and a squeeze of grapefruit. There was also a hint of effervescence, which can sometimes be used to cover dodgy flavors, but in this case was sort of charming. I know these wines are supposed to be eaten with fish, fruit salads, and chicken, but we found them too light to pair with a plate of plain chicken and green pepper kebob. They are both best with a stronger dish like my tikka masala.

The tastiest was the Sauvignon Republic, which was more golden and complex, with citrus and passion fruit flavors. It would be the best for sipping on its own. Not brilliant, but more like a box of budgies (in Kiwi parlance, "pretty good"). Especially if you're feeling a bit skint.

Posted by About Last Weekend at 10:09 PM