shoes on the streets of New York

You could write all day long about the shoes worn on the streets of New York and I'm sure many blogs are dedicated to just that. Last week we were in blistering heat followed by torrential rains. So loads of gladiator sandals, followed by what we kiwis call gumboots (rainboots).  The couple below are ready for rain, him in crocs, or shine, she in ladylike white pumps. Pic below them of young parents shows the mother wearing the most colorful and unusual of all the gladiator sandals. 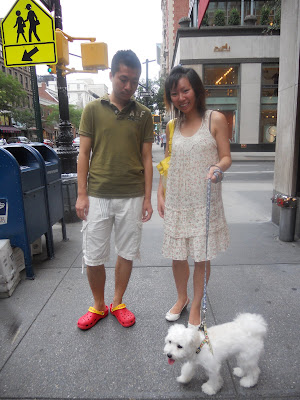 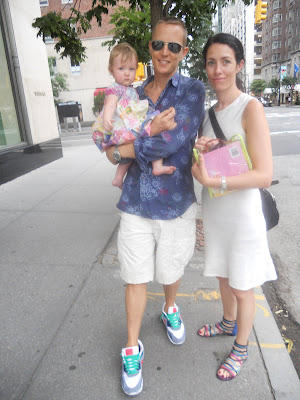 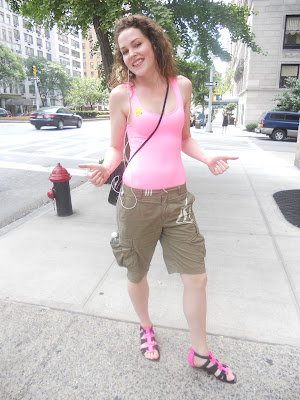 On a wet day, blue skirted commuter (left) had neon orange socks peaking above her egg yolk bright rain boots. When the sun came out, music fan above fully embraced the neon pink eighties colour.  Soho artist below with her neon toes and psychedelia bridges both seventies and eighties. She was totally chuffed to have her photo taken: "How flattering! 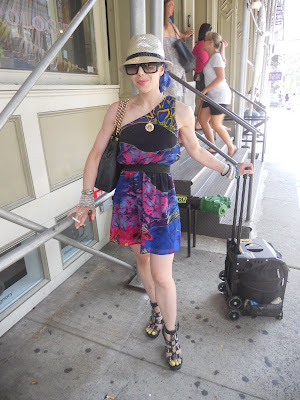 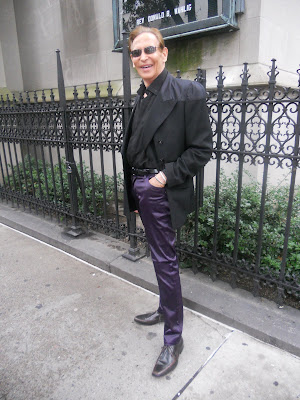 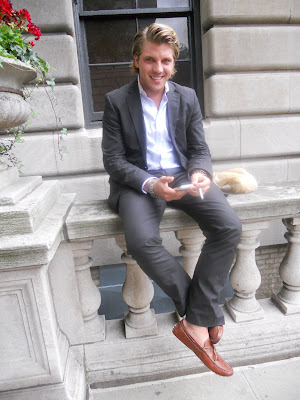 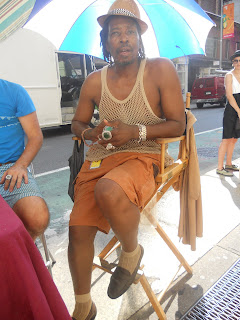 I was fascinated by the purple black of the brogues (pic above)  worn on the hottest day with panache. And liked how both these guys above wore loafers so differently, one bare and the second with net socks.

The young women below have an incredibly polished island vacation look with peasant blouses, high waisted shorts and strappy sandals. 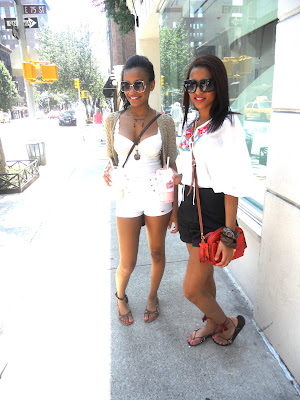 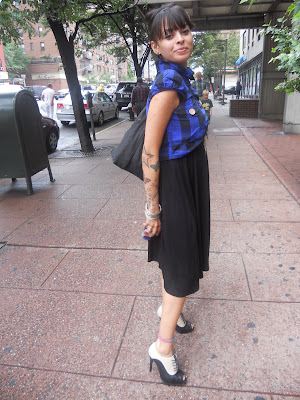 On her way to work but with just as much joie d'vivre was this woman above in black and white peep toe heels.

We were on our way to Wicked, the musical which reveals how the Wicked Witch of The West was really a good and kind witch after all. I initially liked this woman's (below) grey pumps but my friend pronounced her "one block away attractive".  I complimented her on her shoes and asked her name, but she screwed up her mouth and waved her hand at my face like I was an errant pigeon. A passerby told me she was one of those woman from "Real Housewives of New York" which I had never seen. The passerby said: "Don't worry about her, she's had some bad reconstruction." I guess some Elphabas of New York are just not good witches at heart. 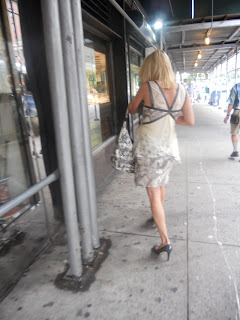 Posted by About Last Weekend at 12:36 AM