I wake up every morning feeling just so pleased. Not because I have the most wonderful children and husband in the world. Though, that too (natch). It's because our backdoor neighbour has chickens. 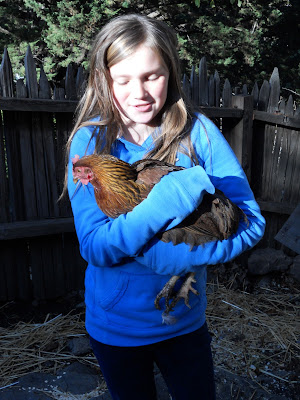 Chooks we Kiwis call them.  Even though I can't see them through the trees, the thought of those feathery little creatures nosing around the dirt, scratching stuff and going bok, bok, bok is so appealing. They will perch for no particular reason, just because they can, letting you know the simple pleasures are still there for the taking.

Also I just love eggs. I could eat five boiled eggs one after another as could Harley, 13, though I know that is definitely er, over-egging, yokes on you egging each other on. (There... it's all out).

So yesterday I headed over to my backdoor neighbours, Jamie and Jeremy, to meet the chooks. We walked past the beehive (I wondered where all those bees where coming from...) to the chicken's fenced-in home. Oslo, their beautiful German Shepherd was sad that he couldn't visit too.

The hen house was as gentle and charming as what I thought it would be, built partly from old wood gathered around the property of their Spanish 1920's Villa. They both have a great eye for design. Jamie has a magical store in Oakland called Atomic Garden, specialising in things organic, sustainable and produced with good intentions. Her husband Jeremy has the eponymous discount clothing stores in Berkeley and San Francisco. 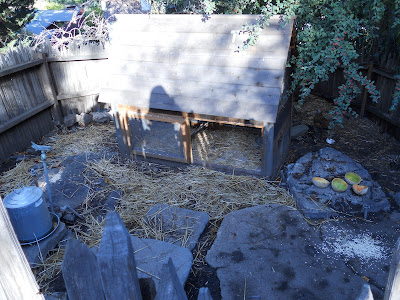 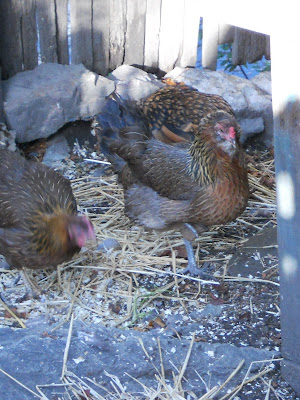 Look at the glorious views these lucky chooks get on a fall evening. 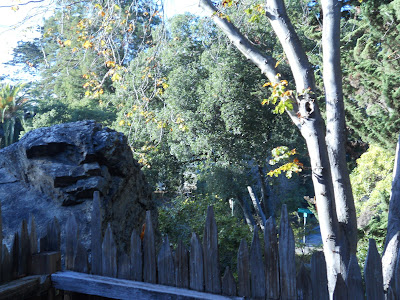 Jamie's younger daughter Clementine, 10, showed me around the coop, including the nesting boxes and sleeping porches. Then she introduced me to Mrs Brown (as in Queen Victoria), Eloise and Gertrude. I will keep Mum about the young biddy's identity, but one of the feathery trio was moulting and was having a very bad hair day. 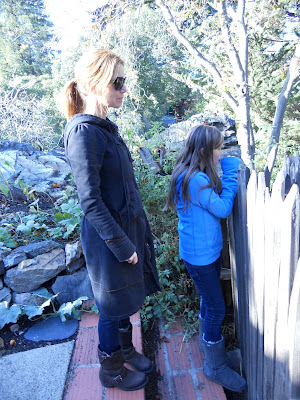 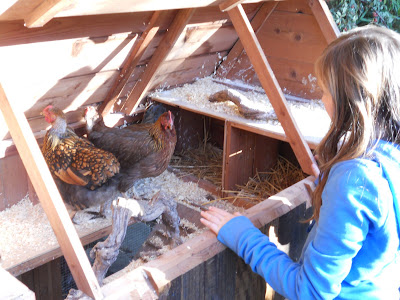 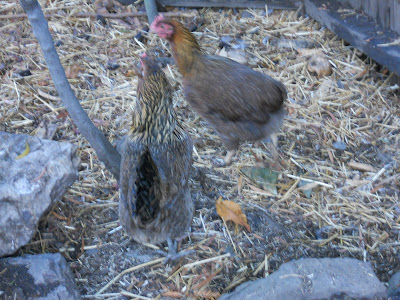 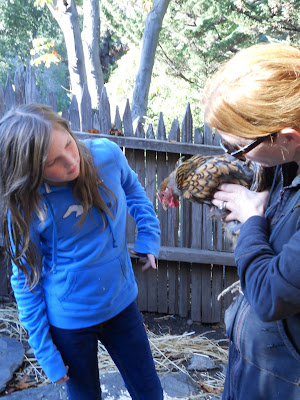 Jamie laughs: "There 's a lot of room in there but they all like to be top of each other, they keep so close, it's kind of comical. Even when they're laying eggs they'll all squeeze into the same box." They each lay an egg a day except in winter. "It takes a lot of energy to lay an egg and they need the daylight" says Jamie. Her family's favourite egg dish is frittata. 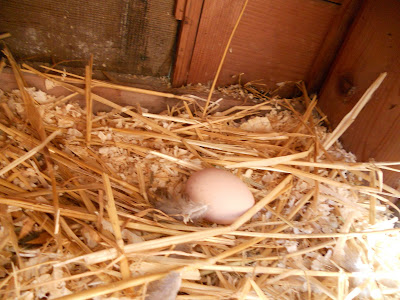 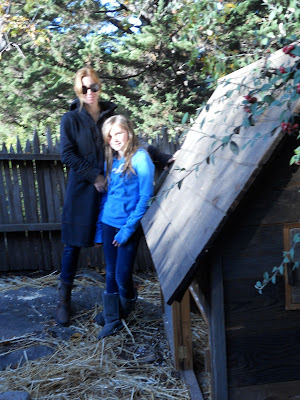 Jamie says the chickens love eating tomatoes, pasta, melon and even bugs. But no potatoes, avocados or red pepper because they can't digest them.

You have to have more than two chickens because of the pecking order, says Jamie: "Otherwise they'll keep fighting for the Number One place" Also her chickens are different breeds, an Ameraucana (blue green eggs, docile, though this young chickadee lays light tan to pink), Wellsummer, which is the classic "Kellogg's" chicken (dark brown eggs, calm disposition) and a Golden Laced  Wyandotte (brown eggs, friendly). Only the Golden Laced is very broody which means they stay on eggs to warm and hatch them. I'm not sure if this means she also putters around indoors more.

Jamie gets her supplies from Biofuel Oasis in Berkeley which specialises in urban farming.

According to my friend Christina, through the tunnel many people use Alamo Hay and Grain which also sells chicks.  A popular builder who will even match the coop to your home, traditional or modern, is Wine Country Coops.

I've noticed a person who has chooks becomes a very good guest. The other night Viv, a Kiwi friend from one of my two bookclubs,  arrived with a gift of six fresh eggs in a carton. Then after dinner she started scraping all our dinner scraps into a bag for her chooks at home. 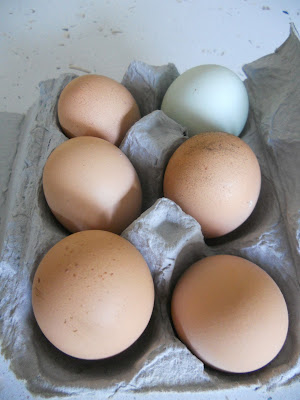 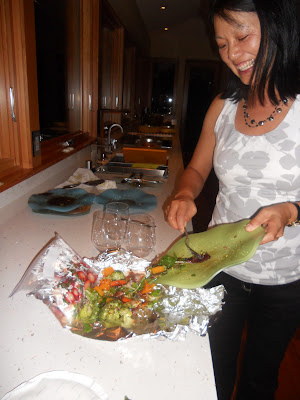 Viv says: "We started a few years ago with chooks and just love them. We have 13 chickens and they produce nine eggs per day on average. They are both sociable pets and somewhat therapeutic. "

Do they have personalities? "Yes, definitely have personalities - one loves to escape, another is bossy, others love to be cuddled! I love just to sit and watch them go about their daily business. They eat SO much and in two weeks will decimate your garden with their sharp beaks and equally sharp feet! "

There has been some blood sport though: "Raccoons love to eat them and possums just love to kill them". But all in all it is usually just fun sport: " The kids love to come over and chase them and catch them, as well as collect eggs."
Viv laughs: "Our coop is pretty fancy - nicer than our house. I thought we should trade houses with the chickens after the coop was built!"
She says they trade fresh eggs for "home-made jam, beer, bread and homegrown veges. We also have friends that save their kitchen scraps for us and bring them over for the chooks to feast on."
Vic says: "We love quiche, frittata and just plain old fried, scrambled, poached and boiled - delicious!"

I soon learned when you've had fresh backyard eggs it's hard to go back. Besides the unusual colours - one of Viv's was a pale blue -  they hold together better and have a much intenser sweeter taste. Below, I fried up one of Viv's eggs with bacon and tomatoes from the garden. 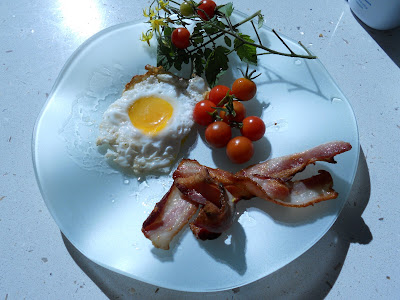 Of course off camera I have three more eggs, stacks of bacon and Brown Sauce with white bread. This stylee pic is just to impress you...and the very discerning chooks next door.

Posted by About Last Weekend at 9:30 AM