My youngest sister Pietra popped in for the weekend. You've met her before. She's a Kiwi documentary maker and she was on her way to a doco funding summit in Amsterdam. But first she will re-trace her steps from last year, spending three weeks walking a famous pilgrimage in Spain, The Way Of St James on the Camino Santiago de Compostela . 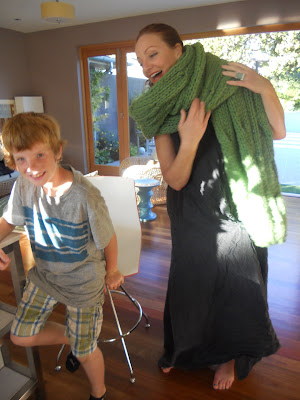 The weekend here in Oakland was about less spiritual things, starting with Pietra's latest knitting project. Though I guess the scarf was of biblical proportions. It was A Very Long Scarf Indeed. She had knat and knat until this green scarf was well, long enough to wrap four kids in, long enough to spread across our yard. It was ...well, Very Long Indeed. My father, who, fair dues, has supported Mum and Pietra in their every past knitting project including the Pom Pom Ponchette said: "Oh heck, you've gone too far this time." 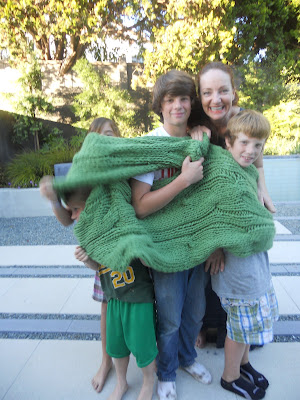 Pietra's inspiration may have been this one from the Vogue documentary The September Issue, but I think hers' is nicer and probably thousands of dollars cheaper. 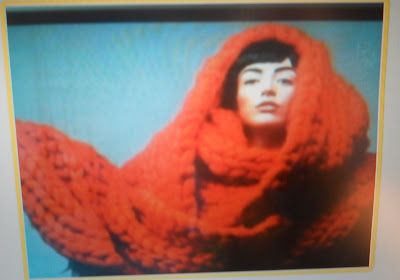 Once the kids came home from school there proved to be hours of fun in this scarf, leaping, winding, throwing and jumping over. It occurred to me that A Very Long Scarf Indeed may become an Olympic sport.   I'm always thinking of unusual sports to pave the way for my kids to get into those jolly Ivy Leagues (or, let's face it, college) and I think I may be onto something here. Harley,13, showed not a little aptitude for the wrapping of it. 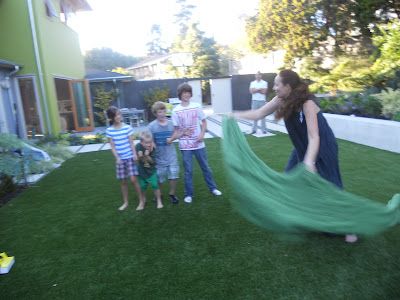 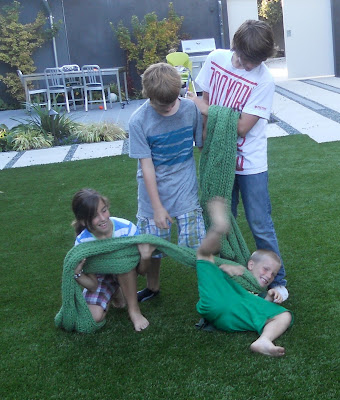 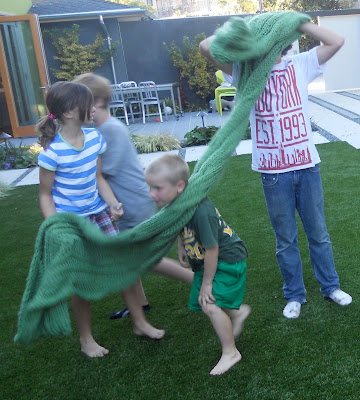 There was a lot of translating going on this weekend once the kids unwrapped her gift, a New Zealand Swingball set. "It's Tetherball" said Cy, six, who then informed Pietra of the rules which somehow adjusted with his every swing.  "Um, no" said Pietra "I've been playing this for more than 30 years. I know the rules." said Pietra. Tallulah displayed some inventive dance moves while swing-balling. Hmmm...yet another Olympic sport? 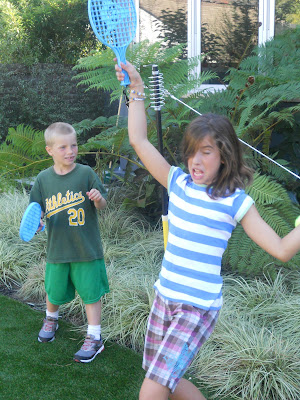 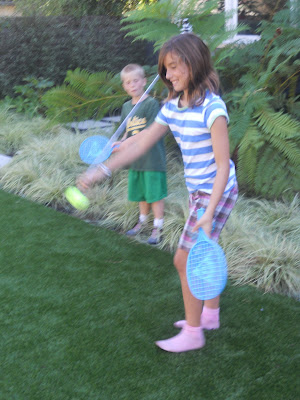 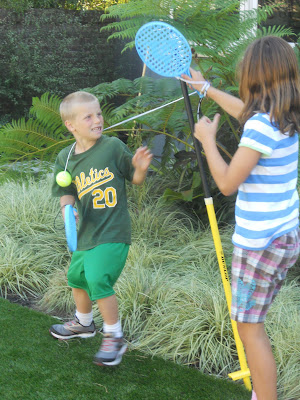 We all scoffed Pietra's lollies from her Corner Dairy at home (candy from the corner store) including Pineapple Lumps and Chocolate Fish, which basically canNOT be improved. I don't have a sweet tooth but there is no end to the amount of choccy fish I can eat. Pietra has the same penchant and regulates it nicely by ensuring her local shopkeeper (corner dairy) promises to sell her only two a day. Genius. Followed by champers...sublime. 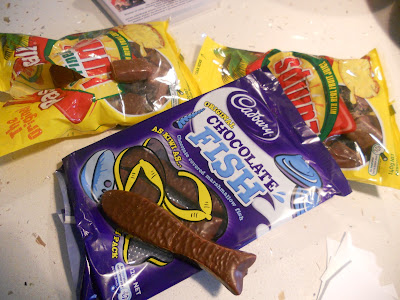 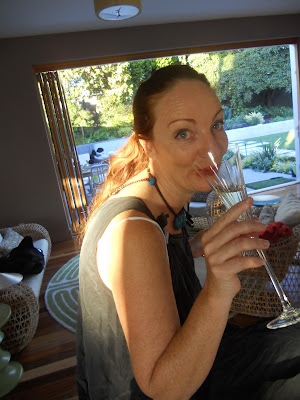 Next morning Kenny took us on the tiki tour of the Oakland including the new Catholic Church on Lake Merritt and the Port where the loading structures were apparently the inspiration for George Lucas' AT-AT Walkers in Star Wars. 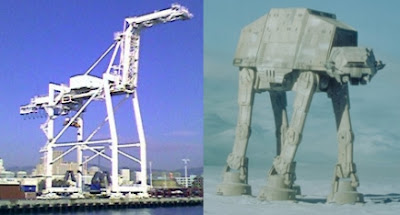 And into San Francisco, well Bloomingdales anyway.  We left Bloomies with wallets unopened, in my case less a desire for shopping than a need for reviving tucker after too many supersonic pours the previous evening. We headed downstairs to  Out The Door, which has walls of heated honey and bobbing flowers in your cuppa. Pietra and I both agreed of a delicate morning you need either a truck driver brekkie of fried eggs, bacon and beans or cleansing Vietnamese soup. 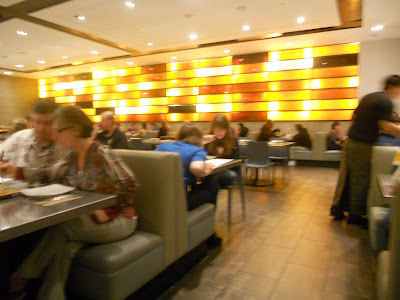 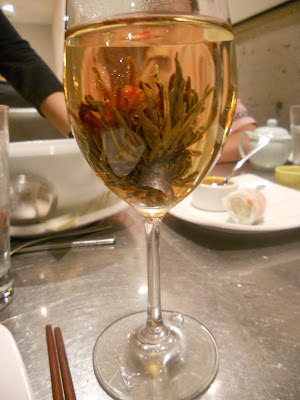 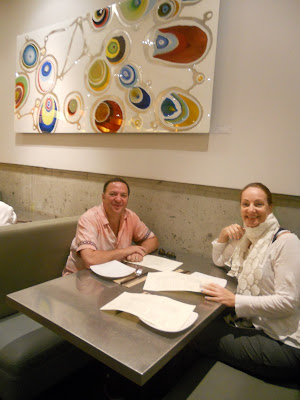 We spent all day Saturday at the soccer field, Tallulah, nine, plaiting (braiding) Pietra's hair or pulling them into "pinktails" (pigtails). 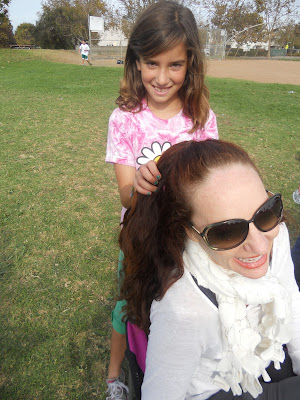 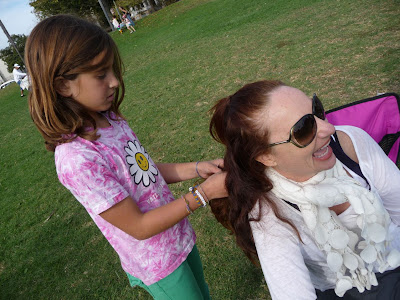 My Kiwi friend Sue turned up enfamille and had pressies for everyone from a consignment store in Sacramento including my lovely silk grey top from Banana Republic. We didn't realise until this pic was taken that we all were wearing grey. Do you ever do that with your friends? Our shoes were a travelling cast of characters, my stretchy stripey boots from Sayulita, Sue's red numbers from a mall in Auckland and Pietra's clogs from Topshop in London. 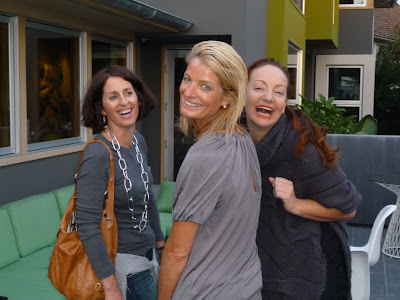 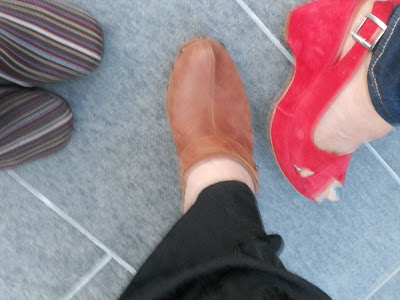 That night, being the good wife, I drove everyone along to watch Kevin play in the finals of the school's tennis tourney. I was silently rehearsing my "wife of the winner" speach but in the end he got runner-up, so I just nodded slowly and clapped graciously.

Sunday was Pilates under the instruction of my friend Nicole which was really really hard. I'll spare you the photos of us executing the legs pulses but the room views are well worth showing. Nicole has the most artsy, artful nest of a home in dusty pinks, reds and sage greens and her gorgeous cocoon is hard to leave. 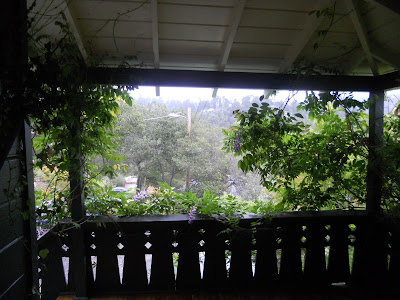 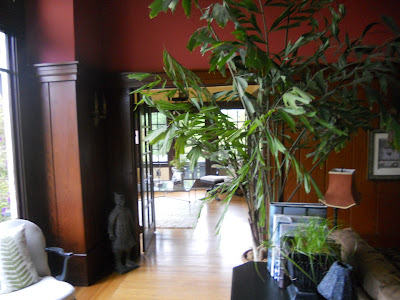 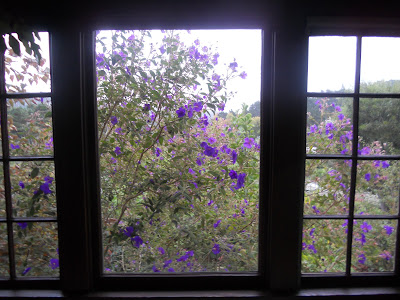 After finding our cores it was time to fill them. Back home to a Mimosa brunch involving three of Kevin's old fraternity brothers, who all had nicknames that I best not repeat in this classy journal. My elder brother, Tony, (he'll soon be 50) came too and made many jokes about his OLDER sisters, which we may have heard, gosh, one million times in the last 20 years. But they are still they so hilarious. We compared who had the biggest schnoz (a family tradition) and who had the buckest teeth. Our childhood  dentist said we were the result of "mis-mating - small chins, big mouths". 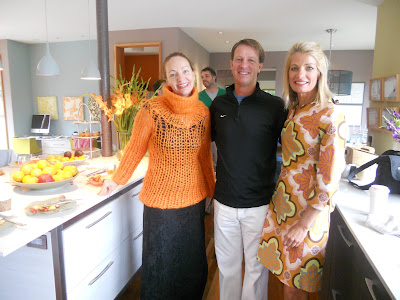 On Monday I drove Pietra to her meeting at The Presidio in San Francisco and afterwards we ran into this tall, dark, handsome stranger at the headquarters of George Lucas. We toured George's gardens before heading off to the airport. 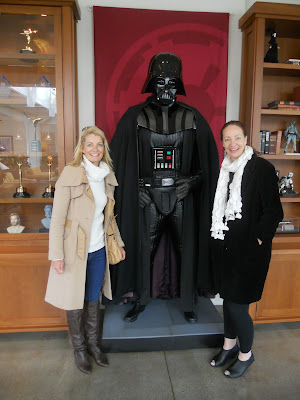 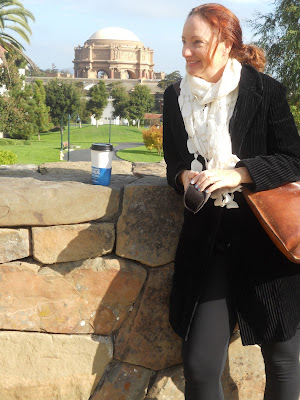 Curbside at the airport, Pietra trotted off to find her plane to Spain carrying one of her traditions...wet clothes in a black garbage bag. She emailed later that she had mistakenly joined the line for First Class and they were nice enough to check her in. Apparently it was a bit amusing to see the staff gently and reverentially handle her black garbage bags.
I've only once written this line and it was referring to Zsa Zsa Gabor. What a Dame!
Posted by About Last Weekend at 11:20 PM