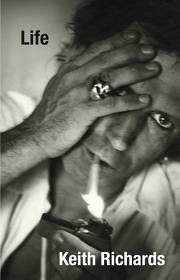 The Book: The ultimate sex, drugs and rock'n'roll life of Keith Richards, vocalist, guitarist and co-founder of the Rolling Stones.

Melinda made butternut squash soup and salad and Carson, who now lives in Seattle, was in town for the meeting.

I adored the Stones in high school during the 70's.  I don't mean simple adoration either.  The Stones were my inspiration.  And, after reading Keith Richard's book "Life" I understand why.  Reading this book was like sitting down for an intimate chat with Keith (we're on a first name basis now).  I felt I was sitting in the room with him, maybe having a drink, and he's working out a new sound on acoustic guitar while we visit.   Just relaxed, no pretense.  Keith's blend of the blues, country western music  and cool English savoir faire was exactly what I needed to survive high school in a nondescript Southern town.  It gave me hope that I'd survive the worst of the south, absorb the best of it, and somehow manage to leave and actually be cool.  I was 17.
This was a great story, filled with generous appreciation for all the people who created the music, social political background , amazing technical knowledge, tips on dealing with the legal system, guns, knives, drugs, drug rehab, more drugs, several cold turkeys, even a recipe for bangers and mash.  The books seems honest about all the ups and downs.  Through it all, you get the feeling Keith is just doing the best he can under the circumstances, and he assumes the people around him are doing the best they can, even when they fail.  It's a good approach to life.  He never gives up.  There's hope even for Mick.
We all know Keith is a gas, gas, gas, but never knew how passionate and knowledgeable this guy is about music, particularly blues and everyone who's played or shaped it.  He's pretty unflinchingly himself in this book, from the free and easy dialogue with the reader and with others whom he "invites" to talk about various periods in his life, to revealing the ins, outs, ups and downs of some of his most intimate relationships (with his dad, his first long-term partner, Anita Pallenberg; Mick Jagger, and heroin).  If you love the Stones, you'll want to read it for the history; if you love Keith Richards, you'll want to read it for the life.

A really important record of rock and roll history, particularly the early Stones and Beatles years. I loved hearing Keith's tale in his own words, and particularly enjoyed his descriptions of where music comes from and his utter devotion to it.
The book provided me with a greater respect for Keith Richards - I was not necessarily a fan before - but now I can appreciate his love for the blues, his dedication to playing and mastering the guitar and his experience with so many different drugs that when he claims you need purity in drugs - I am going to believe him - I am amazed he is still alive.

Susan: I really enjoyed "Life."  It felt like Keith's voice talking to the reader, including all the swearing to make it real.  He had an amazing life.  I think he is currently alive because his body is preserved by all the drugs/alcohol he took.  He has 100 lives!  A few parts of the book were very technical related to guitar playing which I skipped.  Overall very enjoyable, and I did not know that Keith can sing!


Incredibly honest account of a life, though probably least interesting in the heroin years. I most enjoyed Keith's early life when he talked about his parents. It would have really added to the account to hear other perspectives particularly from his wives and the rest of his children. His son Marlon talked about touring with his father when he was seven, rousing him from a drug-sleep and getting him on stage. Also hilarious story from Kate Moss about how Keith caught someone nicking his spring onions (vital for his beloved bangers and mash) and chased him around the garden with a huge knife. That's when you realise what an amazing character he is. 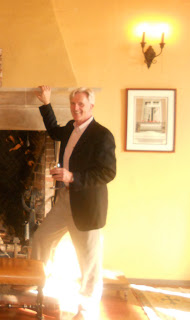 I have to admit I did not even buy the book on Keith Richards.  I was so focused on Classical music during that whole time period I really never paid any attention to the Stones or any other group.  Great meeting and fun to hear about everyone's views, but did not make me want to go back and read it.   My focus is not quite so narrow now!!


Our next book is Room by Emma Donoghue, a story about a five year old,  Jack, who has lived his entire life in one room with his mother.

Posted by About Last Weekend at 11:33 AM