Super Bowl: What The Dog Heard

Robi, the Hungarian Vizla and I had something in common while watching the Super Bowl yesterday at a friends' cabin in Tahoe, California. What the dog heard, I heard too... 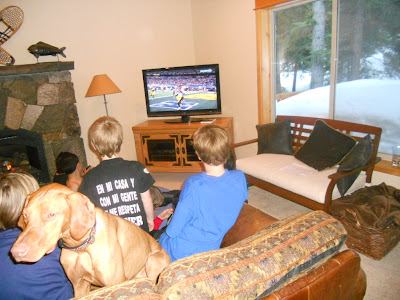 This is what Robi the dog and I heard: "The Senders packed Lombardy into MC Hammer's fumble bumble bee, six not out and down and out of town of Polomalu!!! "

Robi was pretty bored by it all - spending his time stretching and yawning and creating gastric havoc throughout the room - but I found it fascinating which is surprising given that I usually loathe watching sports whether live or on TV.  Obviously not tainted by a yearning for purity of the game,  I am never averse to mixing sports, advertising, low-culture and all-out full-on pageantry. Loved the cornucopia of The Black Eyed Peas (even though it sounded like karaoke - where was the background music?) the dancing neon people and the fireworks. 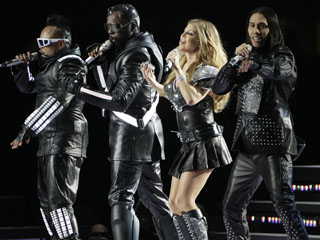 Then Christina Aguilera fluffing her lines and over-emoting. Yes we know C. has her hands full with twins and living with both ex-husband and new boyfriend but surely she could have set aside a few minutes that morning to learn the National Anthem off-by-heart, as my kids would say? Usually you learn it at school here in America but, fair dues, she was too busy being a Disney Mouseketeer to go to school.   C - learn your lines while applying your red lippy. 100 million viewers will be happier. Perfect! 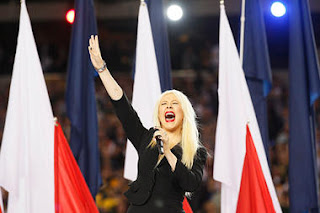 I thought initially Kim Ka$h in her Skechers ad making not terribly esoteric suggestions and flaunting all her bodily bits was a bit much for Prime Time TV but compared to Christina she was a vortex of professionalism.

Timothy Hutton was in another ad for Groupon, a group discount company, whose infamy now threatens to replace his Oscar-status. Timothy Hutton - yes, whatever happened to him? He was truly stunning as Conrad in Ordinary People, at 20 years old the youngest male ever to win an Oscar for Best Supporting Actor. Now I know too he was married to the wonderful Debra Winger, latterly of "Whatever Happened to Debra Winger?" Despite his talent he will be forever known for Groupon-gate, making fun of the China-Tibet conflict in the name of good-tasting fish.

There were many sightings of mens' enormous thighs, made larger by being clad in lycra - a lesson to us all about the hugening powers of lycra. I am observing this in a social anthropological sense. No wonder football is so stop and start -  those thighs have to have time to around each other. 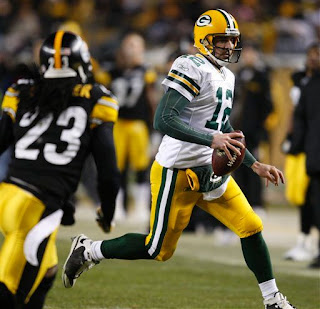 There was also much butter-fingering of the ball as my old netball coach, Sister Anna, would have said. Honestly I can't catch the ball either, but nobody's paying me loads of dosh to do it. So, people were paid many $100,000's for: not learning their lines, singing karaoke and being total butter fingers. Super Bowl man -  come to my house next year. I will do all three for less. Plus, I could be one of those dancing neon people if you're got odd numbers.

But the real key to enjoying the game was skiing through the lead-up. For my readers outside the USA, the Super Bowl starts whirring and winding at 9am with loads of discussions, interviews, musings. But the game doesn't actually start until 3pm! All of which explains why people start drinking Pabst Blue Ribbon beers and eating Cheez'n'Whip'n'Cream'n'Carb concoctions at 8am in the morning.

We opted to ski during this time which ensured the slopes were deserted. The hot spring conditions combined with Super Bowl silliness produced some funky funky outfits on the snow, not least from my husband who donned a Swanndri, a bottle-green thingy worn by Kiwi farmers in the high country and bush-bound hunters. The kids howled with embarrassment when they saw him: "Pleeease don't wear that, Dad! Please!!!" We had just stuck duct tape on Cy's helmet so really rocking that pioneer vibe. 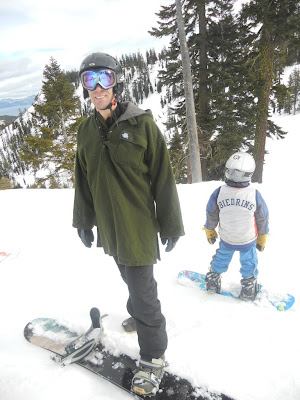 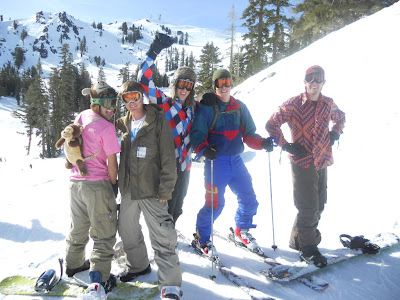 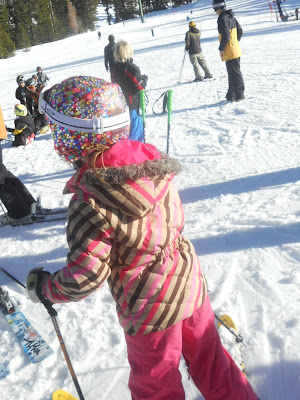 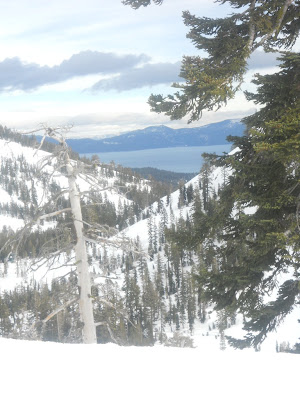 What made you smile on Super Bowl Sunday?
Posted by About Last Weekend at 4:34 PM