How fantastic to meet people who elevate their jobs into an artform.

One such person in my weekends in Tahoe is Jeremiah, the head barista at Wild Cherries in Truckee. After the chaos of our morning - go-go-go -c'mon c'mon c'mon  - ski gear, boots, make lunches, boards and ski in the car and driving the 40mins to Alpine Meadows leaving three gloves in our wake... how is it that somewhere in that journey there is a smile? Jeremiah is behind the counter, making me his consistently same-tasting double non-fat latte in their tallest cup. (Not that I'm fussy, mind) 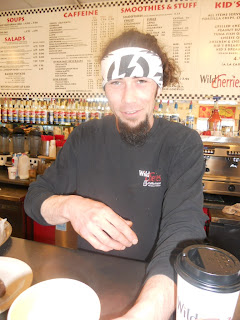 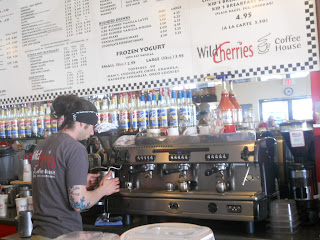 He's also the fastest barista I've ever seen, conversing with old snowboarding buds while making four coffees at the same time. And while I wouldn't want you to think I'm a nosey parker - I was waiting for my latte at the counter so just heard - he has three kids, ages one, two and six, the eldest of whom skied for a week, didn't really like it and that's okay, he's more interested in astronomy.

I caught Jeremiah at the end of the day sipping a double espresso while his two eldest drank hot choccy. He's been a barista for 15 years, ten years of them at Wild Cherries: "When it comes to coffee I can talk for hours!" he admits his face lighting up. In his spare time he grinds beans for other stores.

He arrived in Truckee from Colorado with his then-fiance. They split up "she left me taking our vehicle" and he's lived here ever since.

Jeremiah tells the people he trains: "We are not responsible for what they (the customers) bring in, but we are responsible for what they take out." He's seen the grumpiest people join the line - and I'm sure I number amongst the foulest - and coffee in hand their bad mood simply melts away....He knows that he makes a lot of people happy. Happy enough to show me their tattoos! Mind you after one sip of Jeremiah's latte I did call out: "Show us your tattoes!"(Hmmm...Classy) 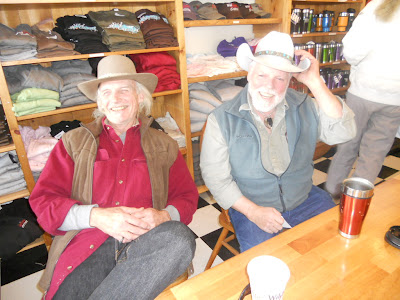 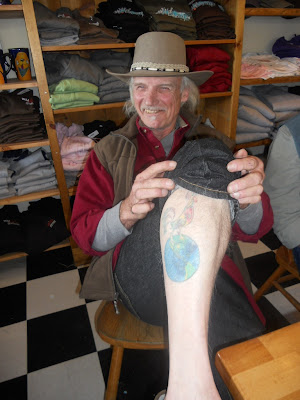 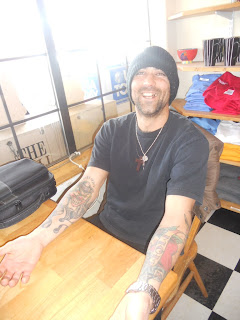 Jeremiah's instructions to trainee baristas:  "When you feel your feet pressing against the earth: know that is not you pushing on the planet; it is the planet pushing on you...We are not the driving force behind the intentions of these people waiting for their coffee. As all these people line up they develop an intention to purchase and when they come up to the counter and hand you their empty cup -  that cup is full of their intentions. We are the end of the pendulum swing. Everything we put in that cup is returned..."  First smile on my face that morning and even the carpark outside was spookily lit up. 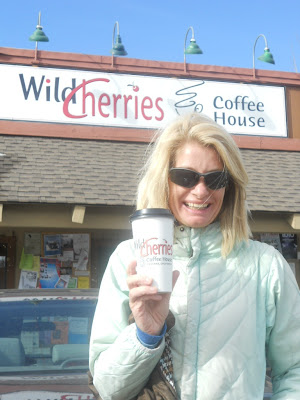 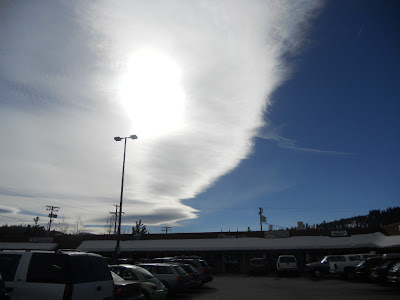 Two other people who seem to absorb the push of the planet with equanimity and goodwill are snowboarding instructors Josh and Eric who took my two kids, Tallulah, nine, and Cy, seven, from riding the Magic Carpet to double-black diamond runs in just eight weekends. With narry a complaint about Tallulah's sighing or fussing or Cy singing, jiggling and generally cavorting around on the chairlift. It's the things Josh and Eric left unsaid that makes them sages. And all on minimum wage. 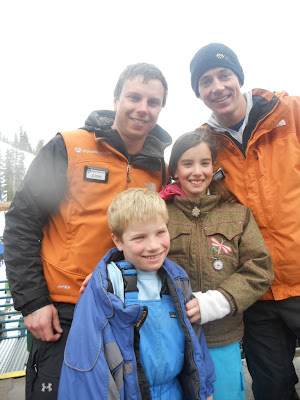 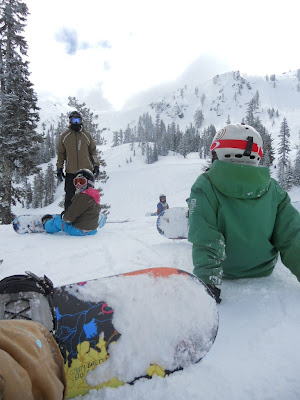 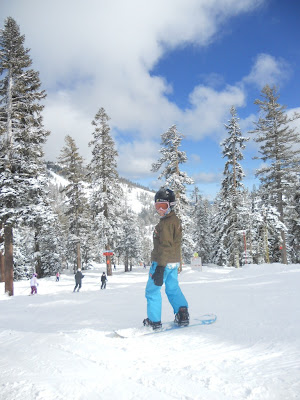 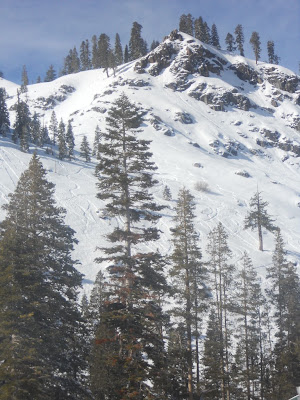 And lunching in the Alpine Lodge yesterday this girl's costume bought a wave of affection for another "person" who has the balance of life just right;  Po, the red Teletubby who was "always confident and full of joy." I spent a couple of years with this character and three children under five in a below-street basement flat in London's Notting Hill. (Realtors described it as garden apartment on a leafy street) 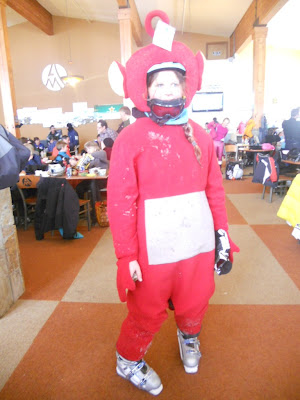 I hesitate to suggest that Po became a friend but she was source of fun and brightness in my light-deprived day and she was four-year-old Harley's favourite. Oh, I hear you saying she was no Tinky Winky with the wild purple triangle and natty red handbag, she's not Laa Laa with the cool name and twirly yellow aerial, forever bouncing that big wobbly orange ball. Dipsy was the groovy green one, I hear you remind me, with the jaunty black and white cowhide hat.

But Po could say Fi-dit - "fast' in Cantonese and she was always partial to big hugs. And when it all got too much in our two-bed apartment, I gathered Po doll and the three kids and headed for the Notting Hill Gate Starbucks. Where Harley may or may not have a meltdown, depending on whether he got a blue lollipop. And only the sight of his Po doll would bring him back from the edge. Po said little, or actually nothing, but it was enough to keep Harley trying to push the floor of the planet yet again.
Posted by About Last Weekend at 11:36 PM