Need More Water In the Waves

Being home in Ohope Beach, New Zealand, brings back memories of the high times of my life. And the low points. The times when, as Cy, seven just said, scanning the strangely flat seas: "You need more water in the waves."


What about you - does going home trigger a melee of memories? One day on a long walk I thought about things I hadn't thought about for years and years. As we gobbled down fish and chips from Wally's on the Wharf in Whakatane and prepared for the two hour Kohi Point walk to Ohope Beach, I remembered my very sluggish, gloggy start in the writing world. As gluggish as I'm going to feel after eating more than my fair share of these chips...

Come with me on the walk, and when the whining (both mine and Cy's "How much further!!") becomes unpalatable you can reflect on the views.


After studying for seven years to qualify as a barrister and solicitor,  I completed a one-year post-graduate journalism course. I emerged from that course jobless. There were only three journalism jobs offered to the class and it was evident I was not considered for any of them.

My journalism lecturer handed me a reference that was unusable. Not horrifically critical. No, even worse - damning with praise so faint it was imperceptible. May, if pushed, have the potential to write some light fare, was the gist of his one, single comment. That was it. And a lot of white space. And the worst thing was that was all I deserved. I had rebelled at the constant and divisive competition engendered in the class by opting out. And exhausted by seven previous years at university, I failed to even pick up shorthand.

I had one option - I moved home to bag potatoes in my parents' fruit and vege store. I had learned from many student summers working there that I was ill-suited to working on the till. I couldn't add stuff up and was always confused about the specials on cauliflower. Bagging spuds in the back and unloading crates of carrots allowed me plenty of reflective space to feel terribly sorry for myself.

Eventually emerging from a couple of months of bagging, I asked the local radio station if I could work for free. The other reporters were ten years younger than me and so much more skilled at writing and newsreading that more than once I considered heading back to the potato bagging station where perhaps I belonged. After sending out countless begging letters I was offered a job at a free newspaper in the suburbs of Auckland. I had to catch two buses every morning to get to work, taking up to an hour and a half. "Hmm..." said one friend searching for words after hearing about my new position. Then brightly: "Oh well! I guess you have to start somewhere!"

This is not a tale of euphoric trajectory, more of a slow, persistent undulating wobble upwards.  After working at a NZ national radio station, I headed to England where I spent the next 15 years. And again I had to start all over again.  I worked for a couple of years at a Gloucestershire newspaper - I once literally wrote about a cat up a tree -  then a trade newspaper in Farringdon. Eventually I made it onto what used to be called in the olden days, "Fleet Street" in London writing for the national newspapers.

After a few years I had not exactly made it in newspapers but I was getting there. I worked for, among others,  The Times, the Mail On Sunday, The Daily Telegraph and the London Evening Standard. Television and radio stations began to feature me as a travel and consumer expert.

Then came baby Harley and I found myself immersed in a strange new besotted contentment but also in what writer Allison Pearson called a "deep sea diver" tiredness.  I thought I would be one of those mothers who returned to work after three days. But four kids in eight years rendered me too totally knackered to turn on a laptop let alone come up with ideas that didn't involve nappies or naps. 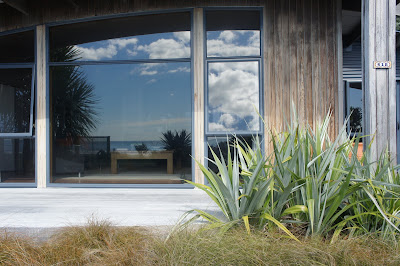 A year ago, finally emerging from the ether of motherhood I thought about freelancing. But I had come full circle, I was starting in a new country with no contacts. A local free newspaper needed someone to contribute to a column reviewing wine and cocktails. It involved buying at least three drinks. After filing one article I was told my expenses were $15, which if you live in the East Bay you know does not cover even two drinks. A far cry from my days on British national newspapers where one photographer put in a claim for a $200 t-shirt (which he said was ripped by a shark) and was paid without question.

I also started this blog and now find myself plagued not only by what might have been in the past, but also fussing about the future. Where will the blog lead to? Anything or nothing? Or does that matter? Is it enough to be just writing?

What the heck is the answer? Whatcha doing? I ask Joseph, 16, who lives next door to my parents. He's sitting on his skateboard ramp with his friend Hone, also 16, both looking out to sea. They are the top two Under-18 Longboard Surfers in NZ. "Waiting for the waves" says Joseph.

How to live in the present? Because otherwise 13 years pass and baby Harley becomes this bigger guy and you haven't remembered the in-between.


Harley strolled with me to pay a short visit to some old university friends I'd heard were staying down the beach. The last time I'd seen them was 25 years ago but I remembered good times and lots of laughs. We caught up for a little while and then Harley and I headed off.

"Mum" said Harley: "I don't think those people remembered you." He was absolutely right. We laughed all the way home.

Have you ever felt you were starting over again?

Posted by About Last Weekend at 11:51 PM