As the Princess formerly known as Kate honeymooned in the Seychelles with her new husband, the London newspapers continue to ruminate on whether her family is acceptably posh or "yew", a reference to trees grown on ancestral estates.

One source sniffed of the "middle class" Middletons: "For goodness sakes, they have a tarmac driveway!" And I heard a rumour in London that - quelle horreur! - Kate keeps her tomatoes in the fridge. (See below if confused about tarmac and tomatoes).


Last week in London I decided to embark on an anthropological study. Does the complex and tricky class system still exist? Skip to the end: yes.

I asked all my Brit friends: "Wot's Posh?" On the last night we saw Clare who lives with her family in a tiny Herfordshire village of Whitwell which is complete with knobbly church, scary one-car lanes, high hedgerows and Vicar of Dibley-like town characters. (All pictures below are of Clare's house.)

Their home is a 15th Century former "Meeting House" set in eight acres of wild pastures where their three children roam free with the neighbours' broods. Some would call their home properly "Yew". Old, natural, never overwrought and with a deep old well and statues that have been there forever. A smidge of scandal never goes astray too. In the Sixties, this house was part of the Profumo Affair involving  MP's, judges and call girls. 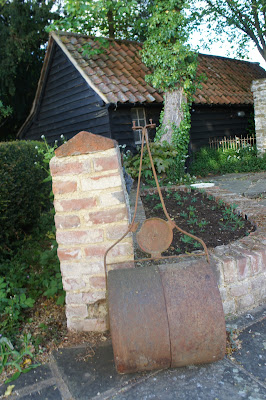 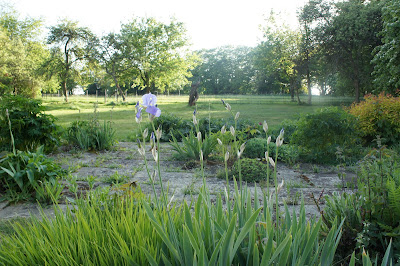 Of course the origins of most etiquette and customs are based in practicality and politeness. Eat: oysters from their shells, asparagus with your fingers, your soup immediately and all courses immediately if you are seated at a table of more than eight. But sometimes those rules get subverted by snobbery. Alan Clark MP once said of someone they "bought their own furniture", the implication being they didn't possess family heirlooms.

One recent article in the London Evening Standard : "The process of social acceptance is, it seems, glacially slow as research by economic historians confirms. Professor Greg Clark demonstrated last month that although Britain is socially mobile, it takes 350 years for a rich family to return to average income, or for a poor one to rise to it. Families whose ancestors were wealthy in 1858 are still four times richer than those whose ancestors were poor at the same date."

"Codes of behaviour are how the privileged defend themselves against the competitive intrusion of newcomers."

While she cooked steaks on her Aga, I asked Clare, a former barrister and the least pretentious person you will meet, if she could list a few more "yew" things. Clare laughed: "In truth, I don't have the right credentials to advise you on what's posh and what's not. " 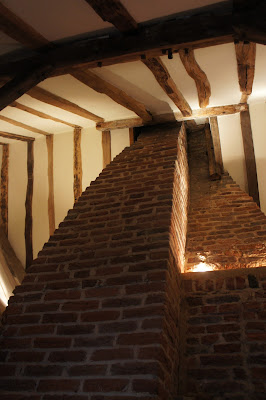 Walking through their house though, we had a great laugh musing on what you're "supposed" to say. Sofa (never a settee) in the drawing room or sitting room (not a living room!) 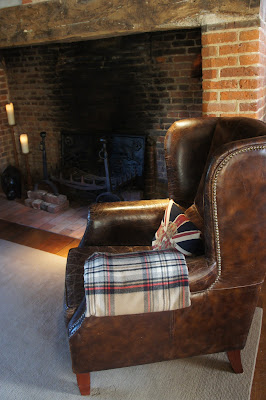 Clare says "I also heard once that the word "den" conjures up different images depending on one's social standing. "

"To the average person (the exception being crack addicts) the image involves a tarpaulin, a few sticks, logs and that kind of thing but to posh people the "den" is the cosy room that one retires to after dinner with a glass of brandy. " She continues tongue firmly in cheek: "It will be filled with comfy armchairs upholstered in faded fabrics, books, the odd tartan throw and a open fire of course! Unfortunately, we haven't climbed the ladder beyond the logs and sticks variety yet! " 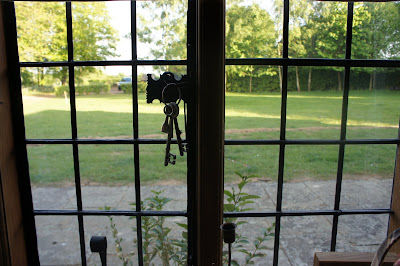 Clare added: "For a better authority on the subject, you should consult Debrett's (books of etiquette).......a family connection I assume?"

To which I replied: "Clare, one would assume so, but they keep refusing to acknowledge the connection, jolly tiresome of them."

Of course Debretts has again become part of the Zeitgeist with pronouncements on man management including flirting, one night stands and breaking up as well as the ins and outs of using private jets, Blackberrys and petiqutte. But I still get a kick out of the old school ones.

1. Pea gravel on the driveway rather than tarmac. In the olden days your gatekeeper or butler would hear the scrunch on the gravel, signaling an approaching carriage. In contrast the silence of tarmac necessitates installing nasty new plinths with video cameras. (If this blog post pushes up the price of pea gravel then so be it. I just want a cut.)

2. Keep tomatoes on the counter and cheese in the pantry. Infestation of mice ensues? As I found on my Skinny Minnie Mouse Diet - at least you'll lose weight.

4. Ask for the lavatory. Lav or loo if you are better acquainted with your host, never the toilet.

5. Eat asparagus with your fingers and oysters from the shell. (Tricky this: like knowing to pronounce the "t" on Moet. You look like a chump is noone else knows).

Please add to the list. Or, even better,  just make something up!


Posted by About Last Weekend at 9:58 AM