Spoiler Alert: If you haven't seen Harry Potter and the Deathly Hallows this post will read like a bunch of old bollocks.

Two weeks of cold and dreary weather has enveloped me in a pasty-faced dark-clothed ennui. Much like "Grey Lady," the ghostly basement-bound Helena Ravenclaw in Harry Potter... except without the fabulous cheek bones and her ability to swoosh away from kids who ask too many questions.

The truth is, despite all the comings and goings, I have been spending waaay too much time with my kids. To their endless questions about "Where is my...(insert any of following: pen, hat, lunch, candy money, day of fun-filled activity) I have tried Helena's enigmatic: "If you have to ask, you don't know. If you know where it is, you may ask" or words to that effect. But the result is snorting derision from the elves rather than a sprint off to the Room of Requirement.

I also have to report that the elves are not following orders:

*Cy, 7, shaved his legs. Everyone does it at the tennis courts, he said, including the coaches. I told him his leg-hair will grow back long and black. "Who cares" he shrugged: "I'll just shave them again."
*I asked Harley,13, to email Jackson,12, at his week-long sleepaway camp. I was hoping for a sweet brotherly note. Harley noted there was a Bellyflop Olympics. "J-Dawg" he wrote Jackson: "Win the Bellyflop competition or don't bother coming home."

*When Jackson got back from camp I asked Tallulah to give him a hug. Without a hint of irony she said: "Jackson was away?"


*After Harley spent 12 hours straight watching TV, I told him he needed to get more exercise. The next day I found him lifting weights...horizontal...while watching TV.

Nothing else for it: I headed off to my nearest Room of Requirement. Turns out there is no ennui that a new sequined sweatshirt can't cure. It's the veritable Resurrection Stone of spending. (Unless those sparkles belong to a diadem and your name is Valdemort.) And then the sun came out... 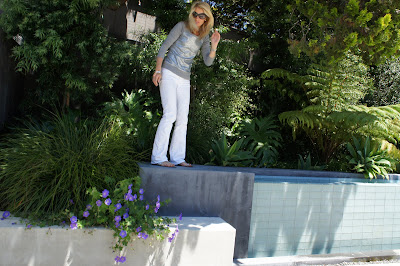 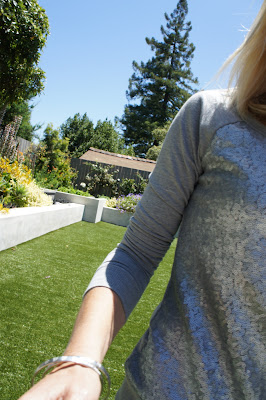 How do you cure your ennui?

Posted by About Last Weekend at 2:03 PM