In the Garden of Beasts

This month my bookclub read In the Garden of Beasts: Love, Terror and an American Family in Hitler's Berlin by Erik Larson. 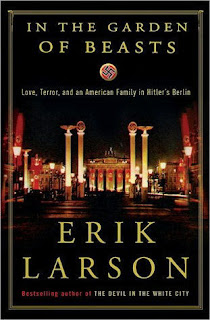 The book:  A true story set in 1933 about a mild-mannered professor from Chicago, William E. Dodd, who overnight becomes America's first ambassador to Hitler's Germany. Dodd is accompanied by his wife, son and flamboyant daughter who is enchanted by the parties and young men of the Third Reich. Meanwhile her father watches with increasing horror as Jews are attacked, the press is censored and the spiralling violence reveals Hitler's true ambitions. 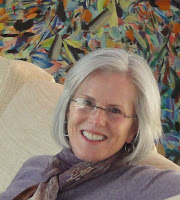 Jean: The book was extremely informative and described a time we should all learn about and remember. Hitler-type stories continue to happen under our noses to this day, I believe. Remembering that can happen to a whole government, and people, is bone chilling and a real history lesson. The personal story of the daughter was a surprise considering the time. I really enjoyed the book!

Melinda: I thought it was a fantastic read. Another history lesson for me. I feel I have such a better understanding of the mood of Germany and the US in 1932 and 1933, following WW1. I found the story told, through the life of the Dodd family, an interesting perspective which highlighted the personalities of the Nazis and the locals. A must-read.

Ellen: One reason I enjoy my book group is because you can go even when you can't find time to read the book, and you leave having read it vicariously. Showing up matters. I think that was a theme in this book too. 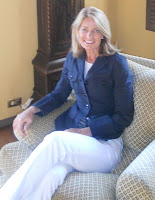 Jody: Think this book should be required reading in schools. I learned so much about the year before Hitler became Chancellor. Sometimes dense but always easy to read. It answers the question: How on earth did inhuman beasts like Hitler and his men come to power? Many turned away as violence was done, some fought it and others were disbelieving. Also incredibly disturbing was the force of anti-semitic feeling in the US at the time -  and how many felt very free to express it, even in writing.

Cameron: It's fascinating the high level profession he (Dodds) got to in just 48 hours.  The reality is that this is still happening in the world today.


Our next book is The Seamstress by Frances De Pontes Peebles. Read along with us!
Posted by About Last Weekend at 12:09 PM