The Secret Science of Shopping

A million years ago I flatted in London with two economists. One of them, Miguel, was from Madrid and he had learned most of his English while studying at London Business School. Thus he would talk about his "portfolio of shirts." I teased him at the time (very kindly) but I later realised how wise was his view of the world and how it could er, justify one's shopping habits.

The definitive economic principles of shopping. First off: the Sunk Cost Bubblegum Frock!

Sunk cost: This is a fancy way of my Aunt Edna saying: "Don't throw good money after bad." You made a bad choice, otherwise known as the "airport purchase." At Heathrow Airport in a moment of dehydration you give in to that cheeky glass of wine with your Ye Olde Fishe and Chipse and then buy that pleated bubblegum-pink Mutton-lamb dress. Put it in your costume box. Don't spend more money on trying to make it suitable for a dinner in the City with a new jacket or wrap or boots. I just saw this dress on someone's 18-year-daughter who looked fantastic in it. Fate sealed: in your go, pink frock - costume box.

Tax on Innovation: You will come in for some criticism (verbal tax) for for trying out new things (pink airport dress) but you can give yourself credit for forging innovation, or being an "early adopter".

Marginal Utility: It's always worth spending more on something you use more. Means that you should feel no guilt about spending on things you wear a lot: like jeans, swimsuits and trench coats.


Backwardation: When an asset is valued more in today's market than in the futures' market. Will that peplum dress really be wearable next year. How about those gold crackle leather pants? If you hesitate at all, don’t buy it.

Instant Appreciation: When you put on something as soon as you buy it - as I did with this necklace - it's a keeper. 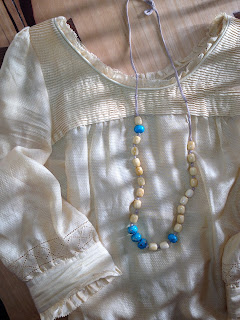 False arbitrage: Arbitrage works by buying assets and selling others. Doing your usual "One-in-One-out": that is, purchasing a new jacket and and then giving away another jacket to a friend does not qualify.


Occam's Razor: the simplest workable theories are also the most useful and the best. White t-shirt and jeans, a classic, why fight it?


Update on my economist flatmates: Miguel is back in Madrid and had twins with his girlfriend. And the other one called Kevin? Reader, I married him...

Spill the beans...what shopping principles do you live by?

Posted by About Last Weekend at 6:01 PM