What's your first move when the waiter brings you a juicy blue cheese burger with sweet potato fries? Take a bite - or take a quickie i-Phone pic?

In what's become an "eat and tweet" culture, there's been a bit of a heated debate in the US and Britain about banning diners from taking photos of their food. The hoohaa about “foodstagramming” — taking pictures of your food and sharing them on Instagram, Facebook, Twitter, G+, blogs and so on - is partly about the manners of the people taking the photos. Some people are bringing in huge cameras and tripods, some are standing on chairs to get a better shot and some places have become alight with flashes. 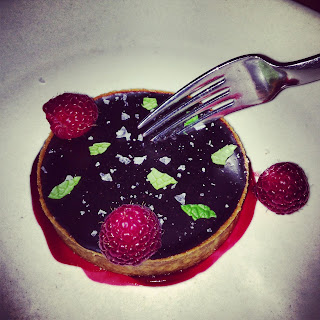 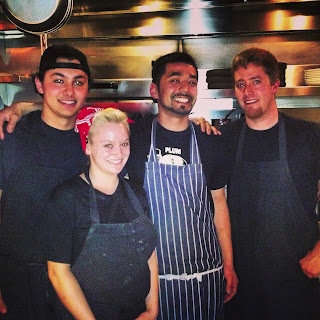 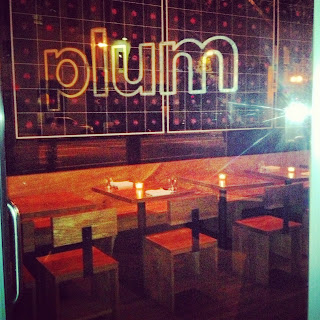 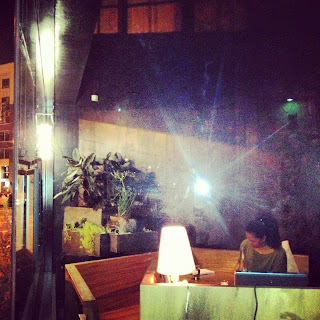 Restaurants like Momfuku Ko in New York City have already outlawed food photography and The Telegraph in London says some British chefs are trying to do the same.

But as Jen of BritMums says: "What chefs, restaurateurs and a certain sliver of the restaurant-going public/media are really lamenting is the end of one kind of dining that marches in lockstep with the chef’s singular vision, and the beginning of another that’s more interactive and participatory for the diner."

When I first read the headlines, I thought the restaurant owners-chefs were getting pissed off because the photos make their food look really disgusting. My ones do anyway.

The funny thing is I hardly ever (actually almost never) post my food photos anywhere because they look so revolting. Vom as the kids would say. Flash plus food equals bright vom. Instagram with food equals blurred vom and so on. Especially stews and meats. Or is this just me?

I've so many unused food photos, I've become the obsessive chap in Exit Through The Gift Shop who takes videos of every minute of his life then stacks the tapes in cardboard boxes.

If restauranteurs and fellow diners had told me to "bugger off" they might have been justified. So when the sous chef at Plum in Oakland said to me: "Are you doing those hash tags things?" I thought he was exasperated with me. "Just taking photos" I said "Maybe stick them on my blog?"

He beamed - he got all his staff together for a photo and took time to explain how they work. The menu changes every couple of days he said depending on what they find at the local farmers' markets. He recommended the cauliflower soup with the pomegranate seeds and red quinoa. They came up with the recipe after thinking about why yogurt on granola works so well.

It was a relief to have someone talk to us.  Kevin and I were the only ones sitting at the bar which looked right at the open kitchen. It was a slow night so we found five sets of chef eyes falling on us amid the cleaning and arugula arranging. No one want to be that dull couple at the bar so we drummed up some scintillating conversation about our son's fascinating tennis schedule with the occasional uproarious (probably slightly crazed) laughter.

We watched as the waiter poured the cauliflower blop into our bowls over the red quinoa-pomegranate seeds.  It was sweet and nutty and chewy and vegetably and it tasted like it was good for you. You'll have to imagine it because my photos made it look like....

Posted by About Last Weekend at 6:06 PM