Have you heard that great British expression "That'll end in tears." Pretty much the feeling you get hanging around the pool with my kids. Their latest game? Sprinting up to the pool from opposite directions, doing a big chest bump and holding onto each other as they plunge into the pool...as seen below. Darwinism in action, my friends. (And where is the responsible parent I want to know...)


Yes we returned to Coyote Cottage in Sonoma Valley for a second weekend. (We'd rented it for nine nights and only ended up spending four there.) The pool smash did not result in tears as it turned out but there were injuries. Something on the bottom of the pool cut up the kids' feet and the the yellow jackets were in rare stinging form (lavender around the pool - is that a good idea?) You got it..."It's the country!"

*Harley, 15, stayed at home with the dog sitter and texted us "I'm off to breakfast. Then the movies. Then I'm going home to take a break." Never enough unwindulaxing in that boy's life. Apple. Tree.

*We were back for Sat night and headed out to Oakland restaurant's latest restaurant, the Tribune Tavern, comfort food (potted rabbit, beer and cheddar fondue) in an old newspaper building. The memories of my 15 years in London working in newspapers flooded back...the drinking, the drinking the... 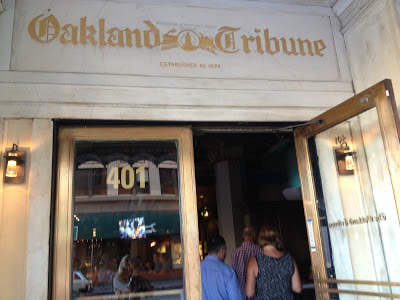 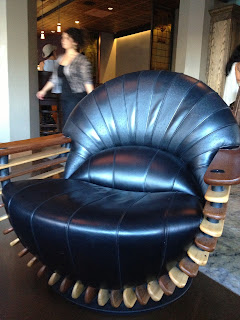 *We were there with friends Kenny'n'Mike. What do think about jewelry on men? I used to put it in the same category as ponytails. Maybe the key is chunky -  I do like this on our friend Kenny. (He's Italian so can also pull off white jackets and baby blue suede shoes) 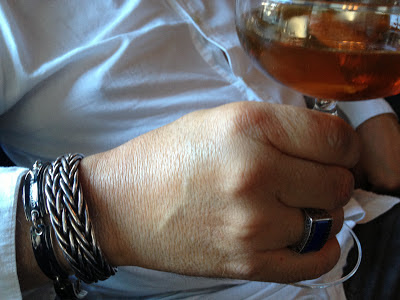 *Finally, I re-entered the world of daily newspapers. (I've done loads of local stuff but a friend teases me that only poor students read it...) My first article for the San Francisco Chronicle -everything you ever wanted to know about wallpaper. Yay!

Someone just called to ask my advice about blogging. I told them that apparently the specific blogs get the most readers -  the ones that do only fashion or only kids or only travel. As opposed to mine which is all over the show.

Case in point: this random post...is anyone still reading?

(By the way I took off the captcha code and am receiving hundreds of spammers...I will have to delete this post as it used to refer to a dance that sailors used to do. Has anyone got a solution?)

Posted by About Last Weekend at 2:59 PM