I don't possess that nifty ability to accessorise, so over the weekend when I wore my Rachel Roy grey stretch dress with a bit of a "zorro" neckline I wondered: should I add a necklace? Would you? 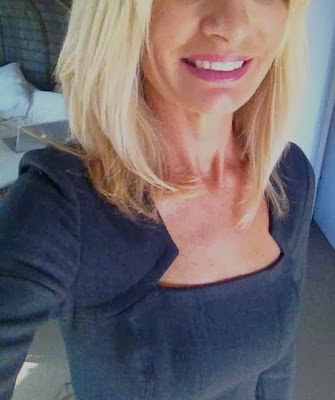 The online photos show the hemline to be longer that it is on me ... the result of my being freakishly long-waisted. I also have incredibly long arms, we're talking Missing Link here. After seeing the fabulous Tabitha in her Philip Lim mid-calf grey, I have major Hemline Envy. (And let's face it, everything else envy). Maybe I should let it down... 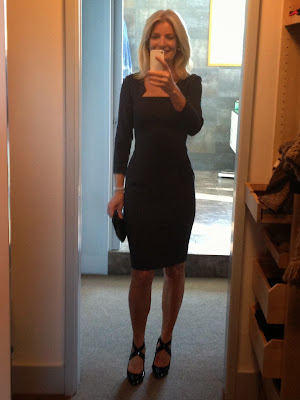 I was off to the 50th birthday of my lovely friend Anne, who manages to chortle about most things that life sends her and - without invading her privacy - life has sent some curve balls out of left field. It was also her 28th wedding anniversary - Anne was married to Barry on her 22nd birthday. I have long been fascinated by friends who marry young. I was such a complete drongo at that age, it was hard enough for me to decide what pub I was going to frequent that eve, let alone contemplate spending my life with the same person (not that anyone was offering -  far from it).


Once I asked Anne: "How do you think you've stayed married all these years?"

Her answer: "No idea. When I got married I never even really thought about it - what do you know when you're 22? " She cites the example of how she and her bridesmaids wore 80's-style shepherdess outfits with fascinators and veils. She wasn't even sure she wanted children (turns out she did - their sweet babies are now teens.)

She told me later: "l also think we are ok because Barry is the most flexible person on the planet and didn’t have pre-set ideas that he needed a mom, or a working woman, or whatever as a wife – none of that 'check this box' thing – which is a good thing, since I would have been lying if I told him what he was going to get 28 years later!

I asked Barry the same question. "I was crazy about her." Barry shrugged: "And I still am."

Sometimes it's just that simple.

What's the most wonderful thing a loved one has said about you?