To Catch A Thief

On Friday night we watched To Catch A Thief starring Cary Grant and Grace Kelly at the Paramount Theatre in Oakland. Cary Grant is John Robie, a former cat burglar who now tends his roses in high-waisted trou and dotty neckkerchief and Grace Kelly is, of course, the teasing heiress.


By all accounts our Grace was a bit of a goer IRL (in real life) and she gives a very naughty but graceful glimpse of this when she snatches a quick snog from Cary Grant after he walks her to her hotel room.

If you're anywhere near our art deco Paramount Theatre, it's a fabulous $8 night out where the movie is played with all the original newsreels and previews and you can sip champers amid Eqyptian motifs. An organist rises out of the floor and there are wheel-of-fortune prizes. Around 2,000 people turned up for Cary and Grace, many of the men in natty bow ties and women swanning around in ball frocks.

Talking of thiefs (weren't we?) what about that darn stealer who nicks all your time? On Sat I attended a course called "Write a Book in a Year" with writer Ellen Sussman, at her home. You're supposed to arrive with just a germ of an idea but I was encumbered with the straggles of the novel I started last year. Ellen is all about writing quick and dirty, not faffing around with workshopping or plans or overthinking, just rattle through it, get it done. Then edit it. Good advice for any project.


Ellen recommends you install Freedom onto your computer which kills the internet for as many hours as you need. I did the same thing by quitting email and internet for three hours. By the end of three hours I was jonesing for a re-up of email and a taste of Matches. (How bad are you on t'internet - my friend just told me about a clampdown at her work over excessive Facebooking during office hours; turned out one of her colleagues was on Facebook for six hours a day.)

Has anyone else read The Circle by local author David Eggers? It's about a young woman who is thrilled to be offered a job at a playful Google-Facebook place called The Circle. It turns out to be an ominous Big Brother which makes staff review everything in their life, comment on other's reviews and then respond to comments on the comments.

My friend Wendy had a birthday, and her husband Fredi, who's Swiss and does everything properly, made Gimlets. Fredi's been "studying" at the Boothby Center in San Francisco, a "beverage lab" which aims to honor olden day cocktails and the work of "Cocktail Bill" Boothby, a turn-of-the-century barman.

Monday was Martin Luther King's birthday -  Cy, who shares his middle name, played drums all day on the floor with bottles and plates and Tallulah practiced a flashmob dance that she and friends were performing at school in his honor.

I love this collage by Sheri McMullen, a local boutique owner, celebrating the great Dr King. 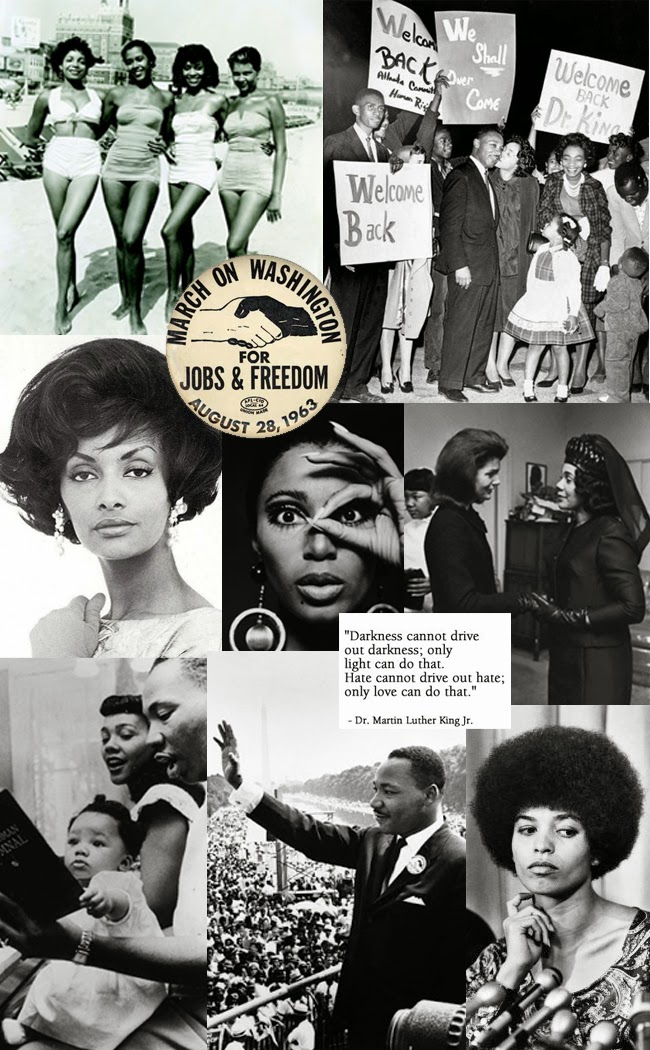 A lot of goodness in one weekend, my friends.

Posted by About Last Weekend at 5:53 PM