I turned 52 yesterday, trying to summon up wisdom learned in all those years but all can think of is a line from Will and Grace: "Stay away from capris." Actually I like capris and will keep on wearing them, which shows I've learned nuttin'.


Apropropos of nothing, I love Tina Fey but don't understand how she insists on always being photoshopped but reviles Botox, which she says produces the "shiny people." What's the difference - both eliminate wrinkles. I say go for it. I may pass comment on those with boobs bigger than their head and their lips permanently in that selfie pose called the "duckface" that we keep seeing from Miley et al.


If you're planning anything huge in the injectable-facelift area please treat yourself first to a visit to the the fruit and vege aisle of Gelsons in the Pacific Palisades, LA. There you will witness The Night of The Living Dead (the people shopping there, not the veges). Don't go that far. Your thoughts?

I sort of postponed my birthday as we have rehearsals for our Platinum dance performance. Here is one of my Platinum sistars, Kathleen, dropping off some goodies whilst scooping up guard dog.

Also card from Tallulah, 12. Will post my other things next week.

Gloria Steinem turned 80 this week.  I heard a while ago that one of my Varsity friends remembered me as a "rabid feminist" telling everyone off about everything including calling women "girls." What happened, said my friend "now she's a mother in suburbia." Like to think I'm still kicking a bit of sexist bum out here.  Of course now I would be thrilled to be called a girl, thought I do get annoyed about people saying "you ladies" and declaring they are not feminists - all feminist means is that you think women should be equal.

What's this about mere mortals having messy divorces but Gwyneth gets to have a Conscious Uncoupling and a Break-up Moon. Course no one asked me but I could see it coming. Look at this recent photo: she looks posed, thought-through and pristine, a woman on the brink of something new. 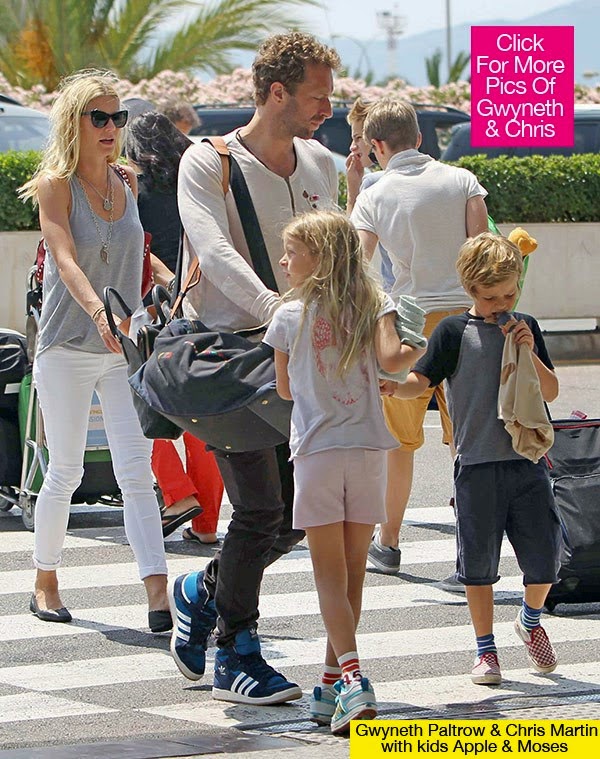 On Monday I'll have something more esoteric for you. In the meantime what is one thing you've learned in your how many? years?


Posted by About Last Weekend at 3:25 PM