Don't you think it's funny when you do pretty much nothing all weekend but it looks like something because you've posted it on Facebook or your blog? Imagine how busy the celebs who're followed by the paps feel: oh look, she's going grocery shopping again, look she's picking up her kids, look she's picking up the paper from the driveway - she does so much in a day!


There was the Father Daughter dance, Tallulah always resists the fancy and wears a cardigan, rope belt and moccasins with any given dress. I told her to smile and she showed the self defence moves they taught at school. Arghaagghh!!

Harley was invited to the Senior Prom, which was different from Junior Prom in that all the girls wore long dresses, beautifully nice  ethereal. (Trying harder with the nascent words.)

Saturday morning was breakfast at our house for the High School tennis team. It was easy because people bring loads of great food. Other kids got prizes like Most Likely To Go To Wimbledon, Harley got Most Likely to Go to Hall of Fame for Nation's Burgers. Very apt. The only thing that animates Harley is Nation's Burgers. I quizzed the tennis coach who also owns two ice cream stores and a restaurant (and is the nicest guy ever) Compartmentalise he says, only think about the thing at hand. Also expect that 10pm at night is end of your usual work day. He loves it.

My lovely friend Kat (she makes fantastic tabletop stuff if you need some) bought me the flowers above. I know all the etiquette books tell you not to bring flowers to a party because the hostess has to look for a vase, but scrap that rule if you're coming to mi casa.

Cousin Leah arrived from Auckland New Zealand, she'd flown the whole 12 hours by herself. Tallulah couldn't wait to show her off at school: "It's like having a new puppy!" she said. 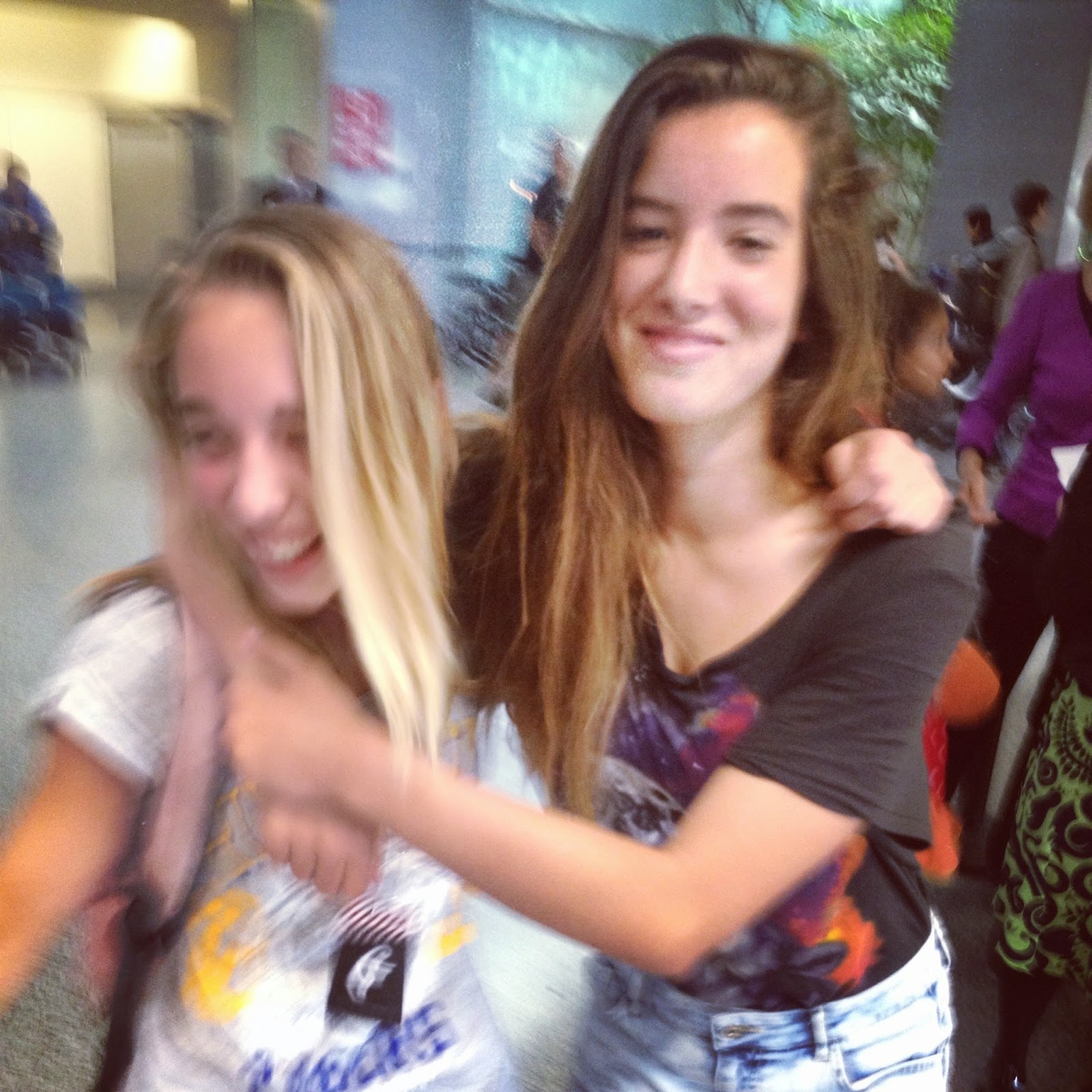 Mexican food is not my first go-to. I prefer anything Asian, but nido on Oakland's waterfront is one to put on your list.  It's already on  Micheal Bauer's Top 100 list - he's FoodGod here, has the power of Britain's A.A. Gill but without the attitude and cheekbones (actually no one knows what MB looks like.) Bizarrely nido is next to a busy motorway looking out onto a petrol station. You drink out of under jam jars, eating off tin plates, it's all repurposed wood and walls of shipping containers. But because of it's orientation you bask for hours in the sun and the food is fresh and tasty and it has pepper- tequilla margs that make you see gas stations as conceptual modern art.

So am thinking nido might be my backup if I can't go to my Asian go-tos. What's your nascent back-up go-to restaurant?

Posted by About Last Weekend at 9:21 PM