Santa Domingo: For Whom The Chicken Sings

Two live chickens reside in a gilded cage in Santa Domingo Cathedral with the special permission of the Pope. Legend has it: if they sing, you're in for some good luck. We'd decided to splash out on Parador Hotel for the night, and not leaving anything to chooky chance, we actually booked. Look at this view of the cathedral from our window! Hello chooks! 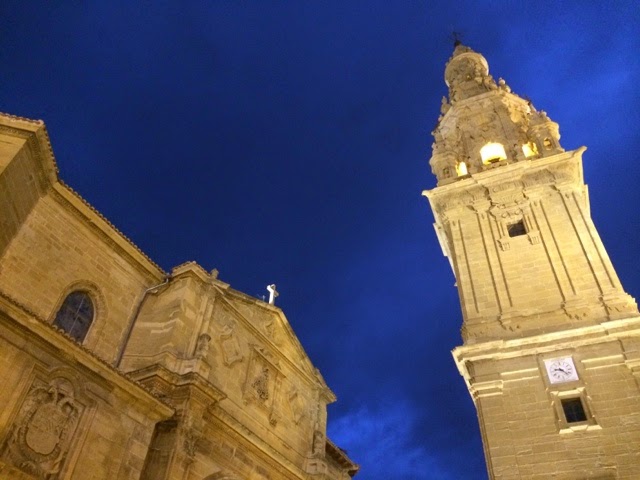 This was taken at 9pm - can you believe how blue the sky is?
Here's a visual of the outside of the hotel 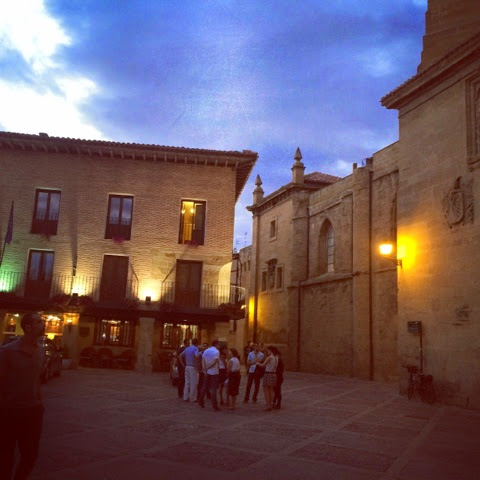 Here I am blogging to you from the lobby. I know.. So dedicated. 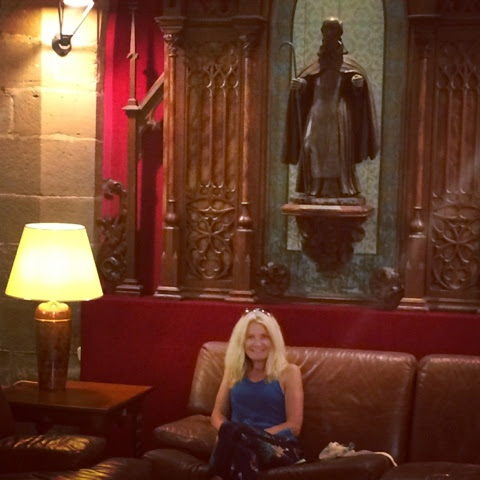 Now i'm outside, if you please. 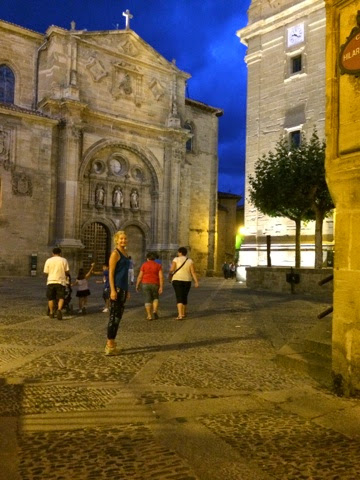 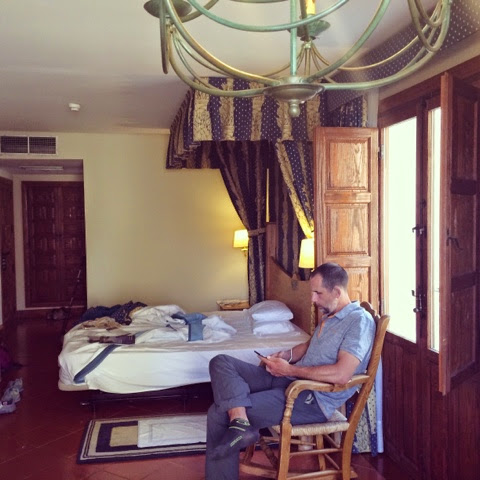 Anyway the Parador was worth every penny of the 100 euros for the night including breakfast. I caressed the very civilized paco lotions and potions for quite some time, murmuring "my pretty..."
Here are the live chickens, you can barely see them up there. Veritable Celebrities. 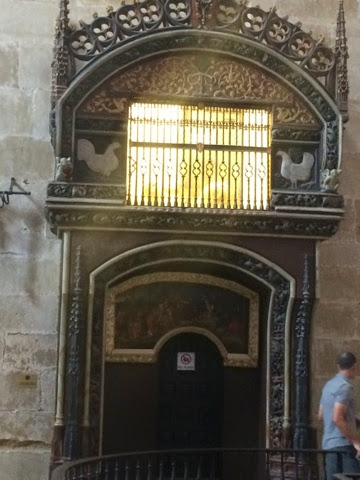 Some of the artists in town are keen to capture the chooks. With varying results. 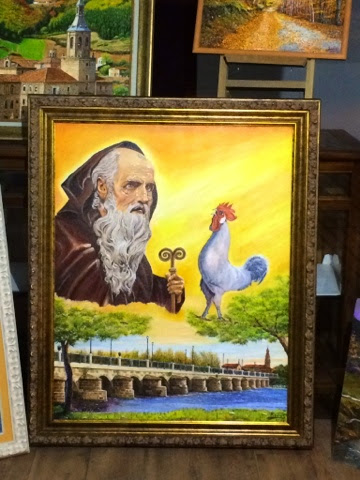 Lore has it that centuries ago a German family was walking the camino. An innkeepers' daughter professed her love for the son. The son told her he did not feel the same way. Furious, she slipped a silver cup into his backpack. He was arrested for stealing and hanged. Next day his parents found him miraculously still alive and asked the mayor to cut him down. The mayor, who was eating roast chicken at the time, said: "Your son is as alive as this roast chicken. " Right before their eyes his meal turned into a live singing chicken!
Back to keeping it real..Next night we stayed in an Albergue dorm room with 18 others. Six euros each for a bed and ten euros for a three course chicken dinner with wine. Clean place and run by very nice people but...its a dorm. 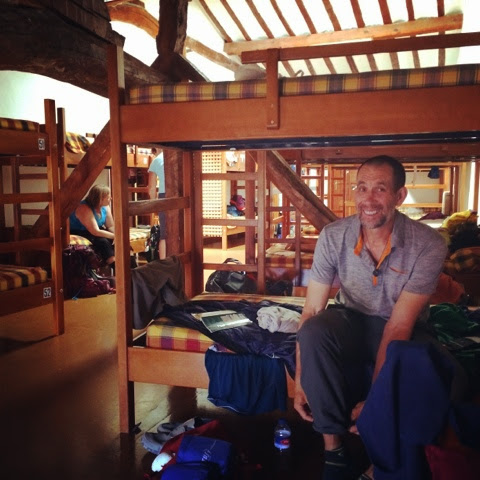 While showering I prayed the man next to me was not doing a George Constanza (Seinfeld). Three men snored all night. Schnarers, the German pilgrims called them. The snorers slept in and all the rest of us headed off at sparrow's fart ( sorry to be technical, that's 6am). As we strode into the rising sun I mused: "gosh, that had to be the worst sleep i've ever had."
No matter. We'll always have Parador.
Posted by About Last Weekend at 6:57 AM