Last time I was in London I didn't want to ever leave. It was after the Will-Kate wedding and it was so bright and happy and painted and sunshiney. This time it was cloudy and crowded - where had all these people come from? I almost had a panic attack in Oxford  Circus. And so expensive, much more expensive than Manhattan. Some things have not changed from when we lived in Notting Hill 12 years ago. Wild at Heart florists looked the same, just that it was surrounded by posh clothing stores. 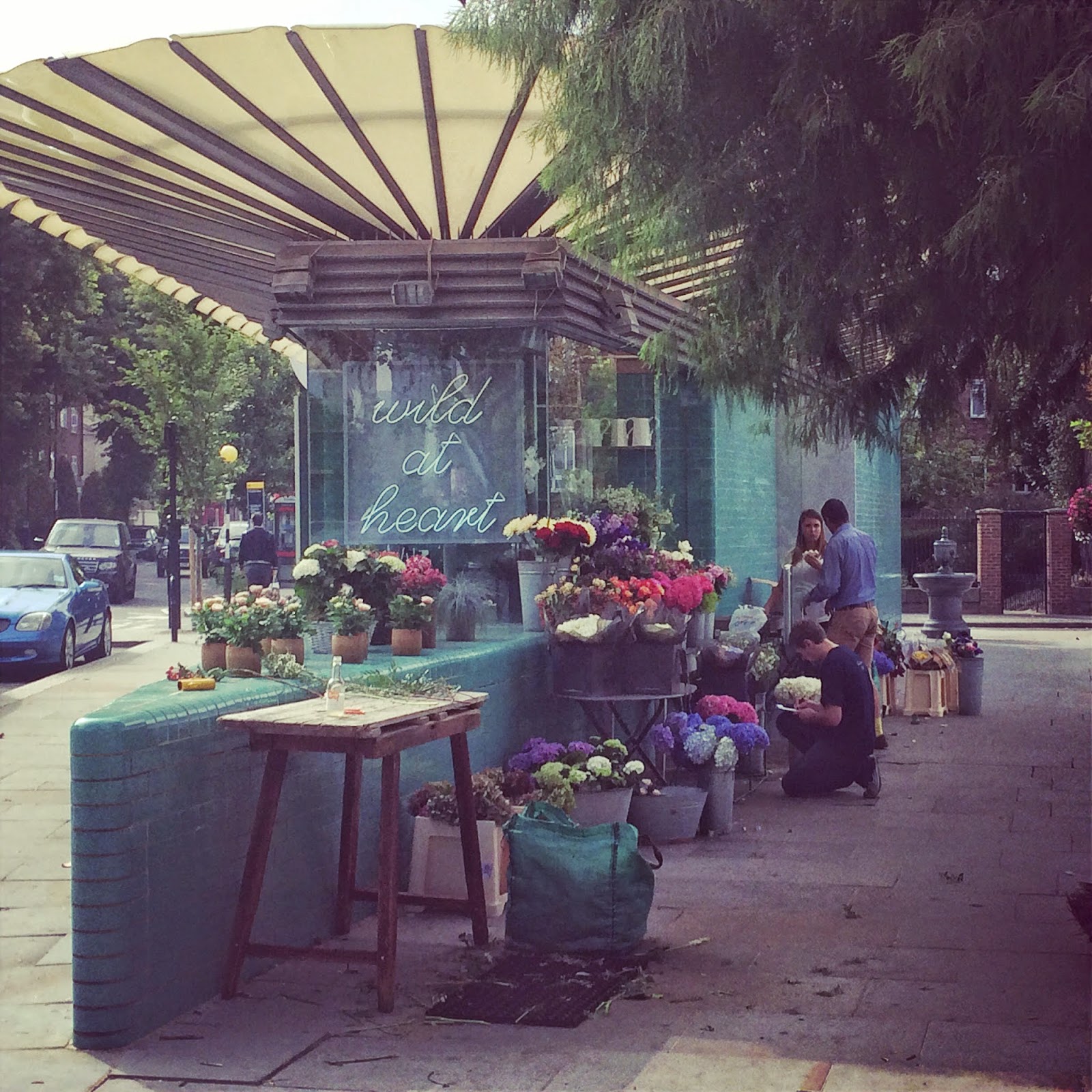 But back to the beginning.


There was no real time for shopping, it was just a short day in London and I already had my new outfit from Santiago in Spain.  I could not face three days in Santiago and one in London in my walking shorts and anyway this one outfit from Massimo Dutti cost less than what the hotel charged to wash our clothes. True story! (why do they insist on ironing everything dry, even the underwear?)

Anyway I can justify anything. Massimo Dutti is that very classic Spanish look for medium prices. I thought I had struck gold until I saw a huge MD store in London and loads of other people walking around in my outfit. 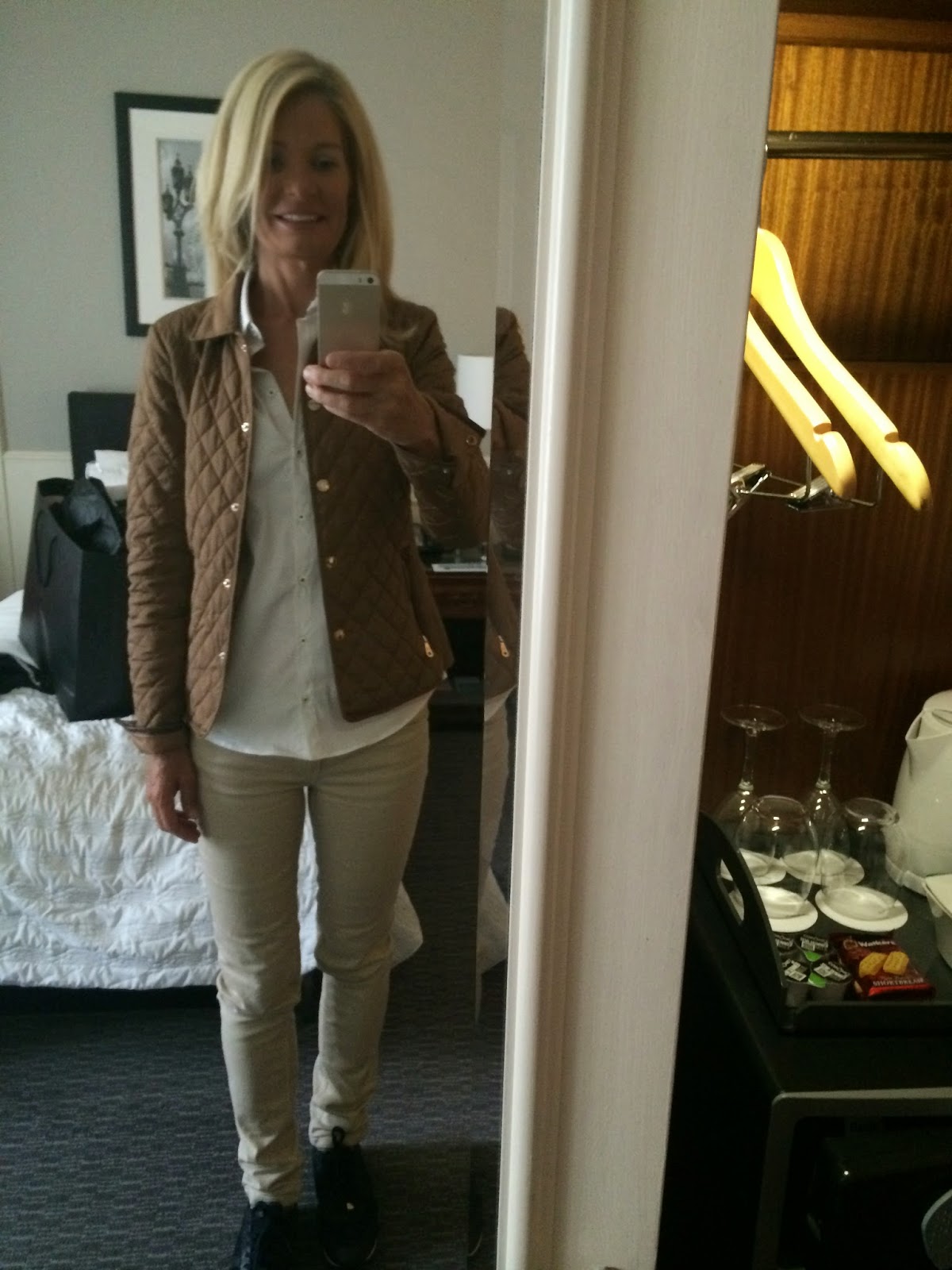 Have been very happy with the outfit, it keeps on giving and plays nicely with the rest of your clothes.  I was tempted by some over-the-knee suede boots but Kevin sceptical - what do you think ...over-the-knee okay or mutton/lamb?

We used loads of points to get a hotel room on Hyde Park. Next door was a Russian couple having an enormous barney all night long. Reception reluctant to complain but eventually I insisted. Then I realised Reception were so clueless that might have told the Russians that it was us who complained. Oh well, I said to Kevin as we laid our heads down to sleep, if we don't wake up in the morning, see you on the other side.

There were other new stores in Notting Hill, ones with pretty meats and apples with gold cores 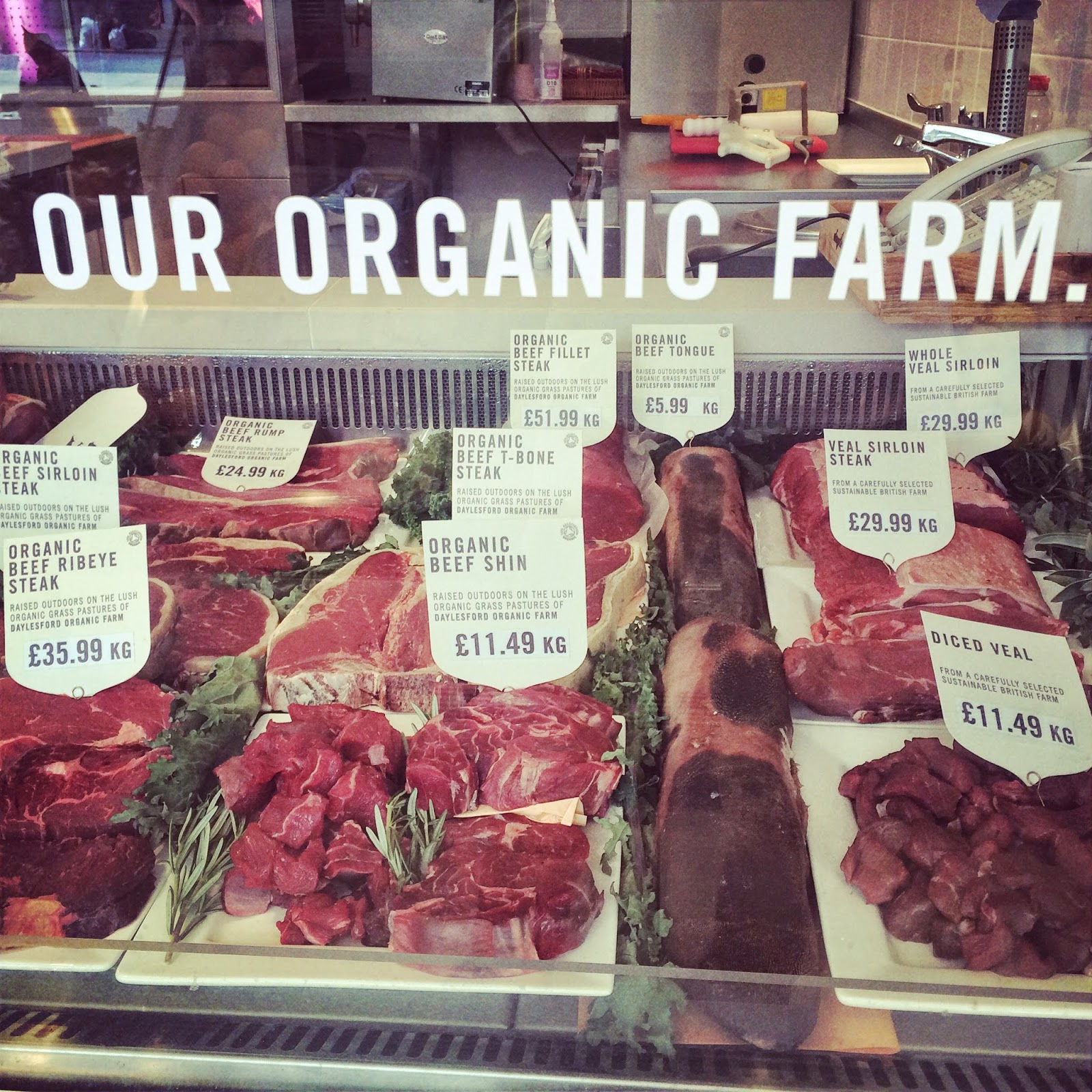 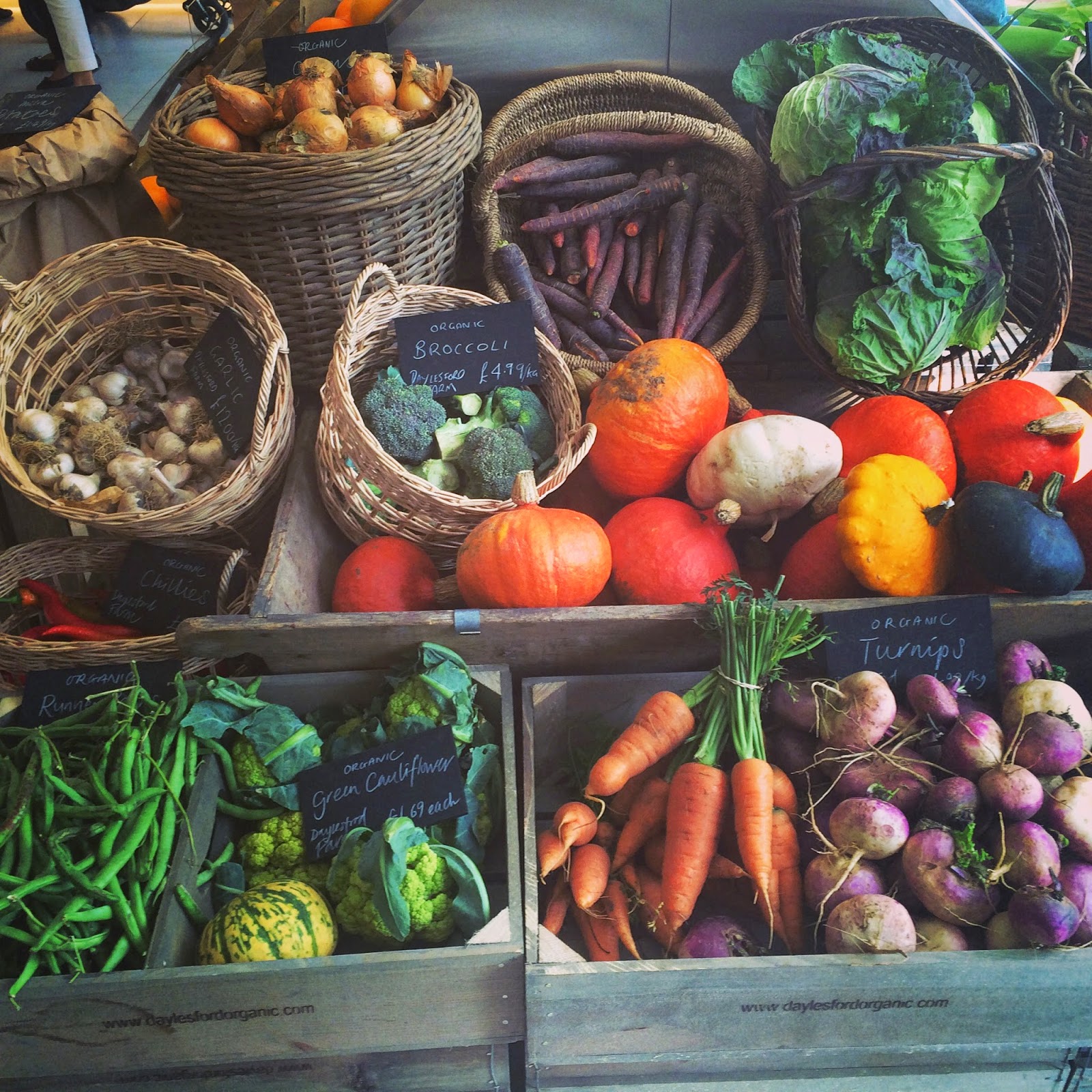 And wire monkeys for sale 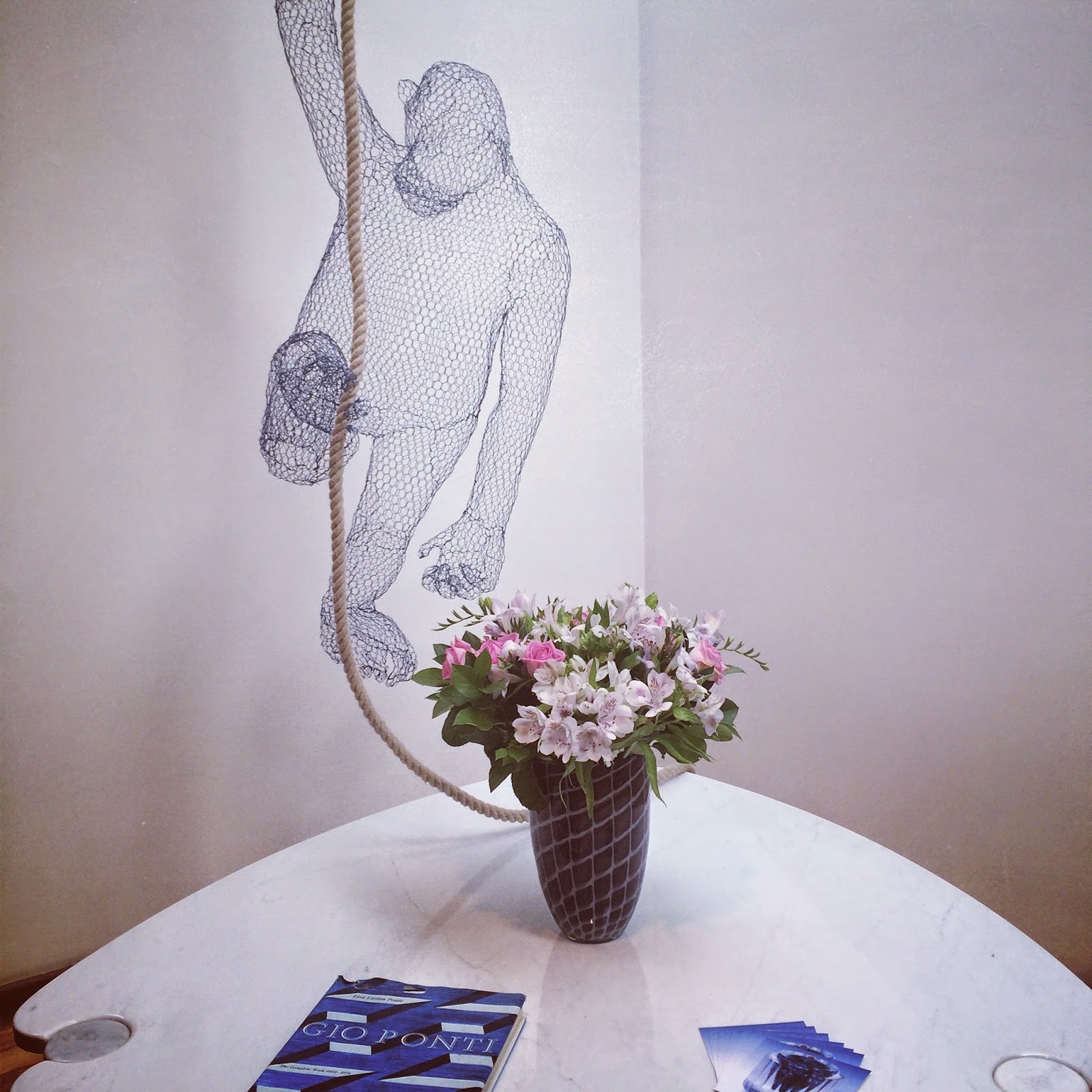 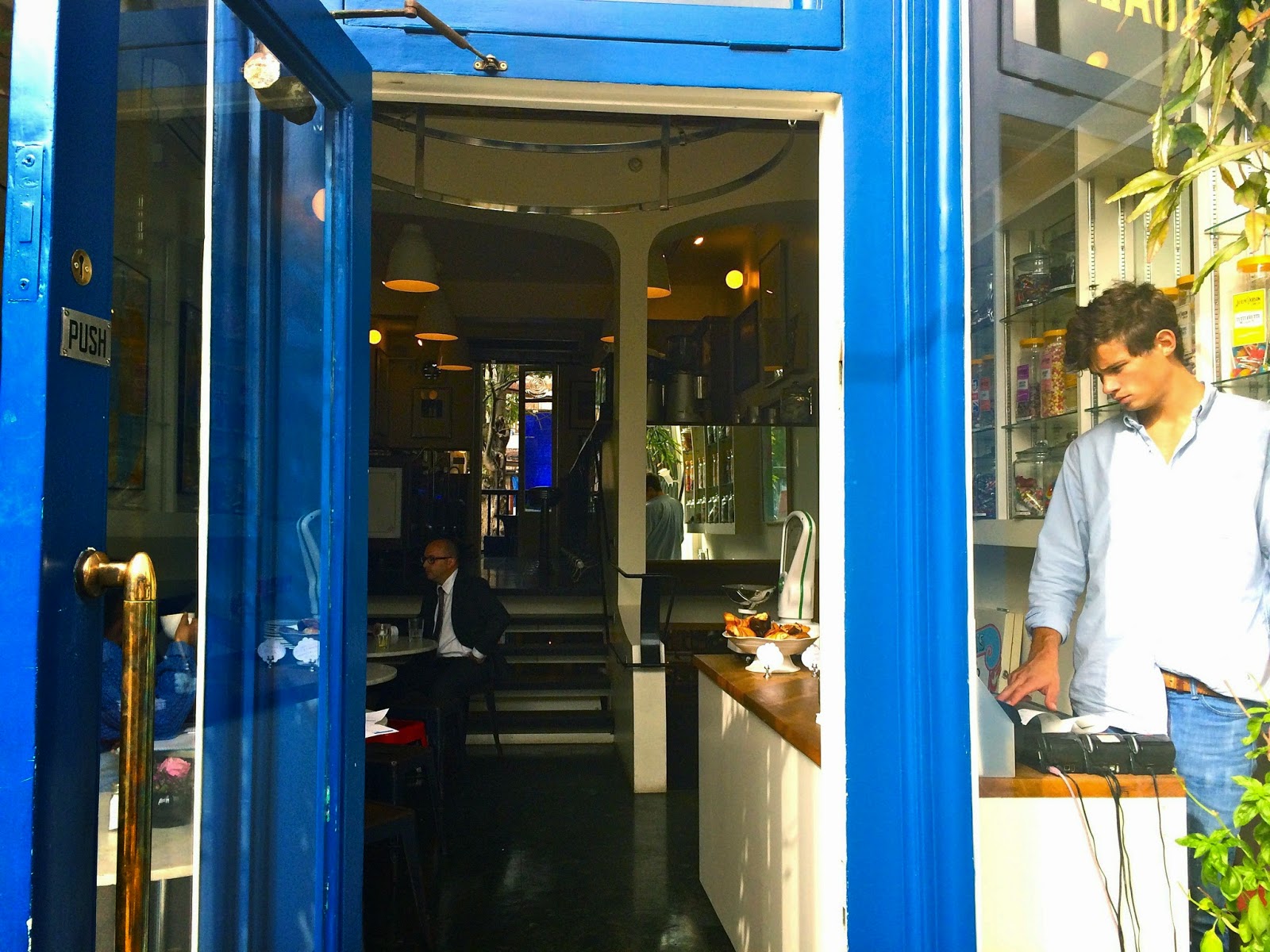 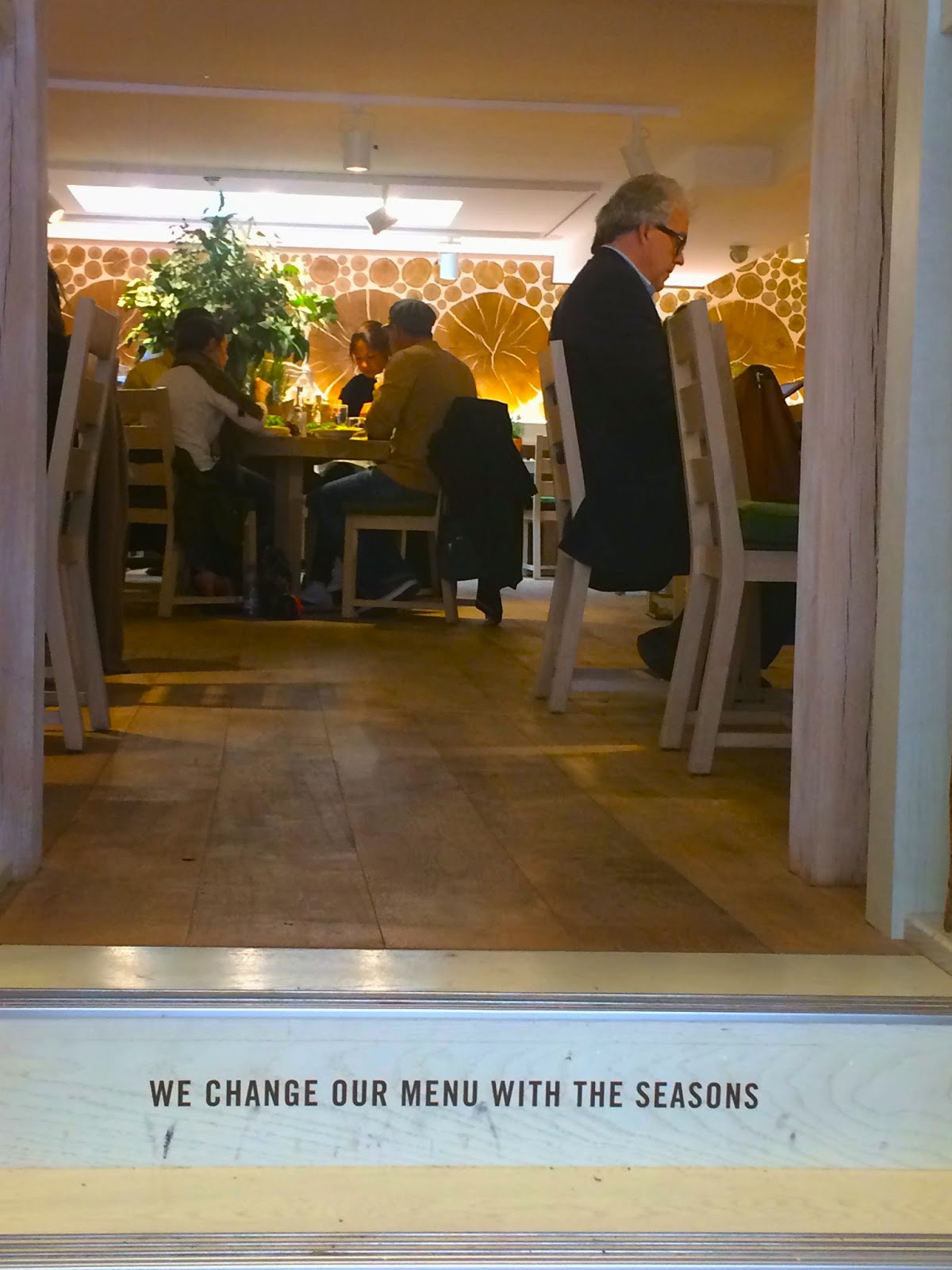 And loadsa dogs and loadsa kids. Actually that's one of the things that drove us from London. When we left 12 years ago there was dog poop everywhere. Not this time. Progress. 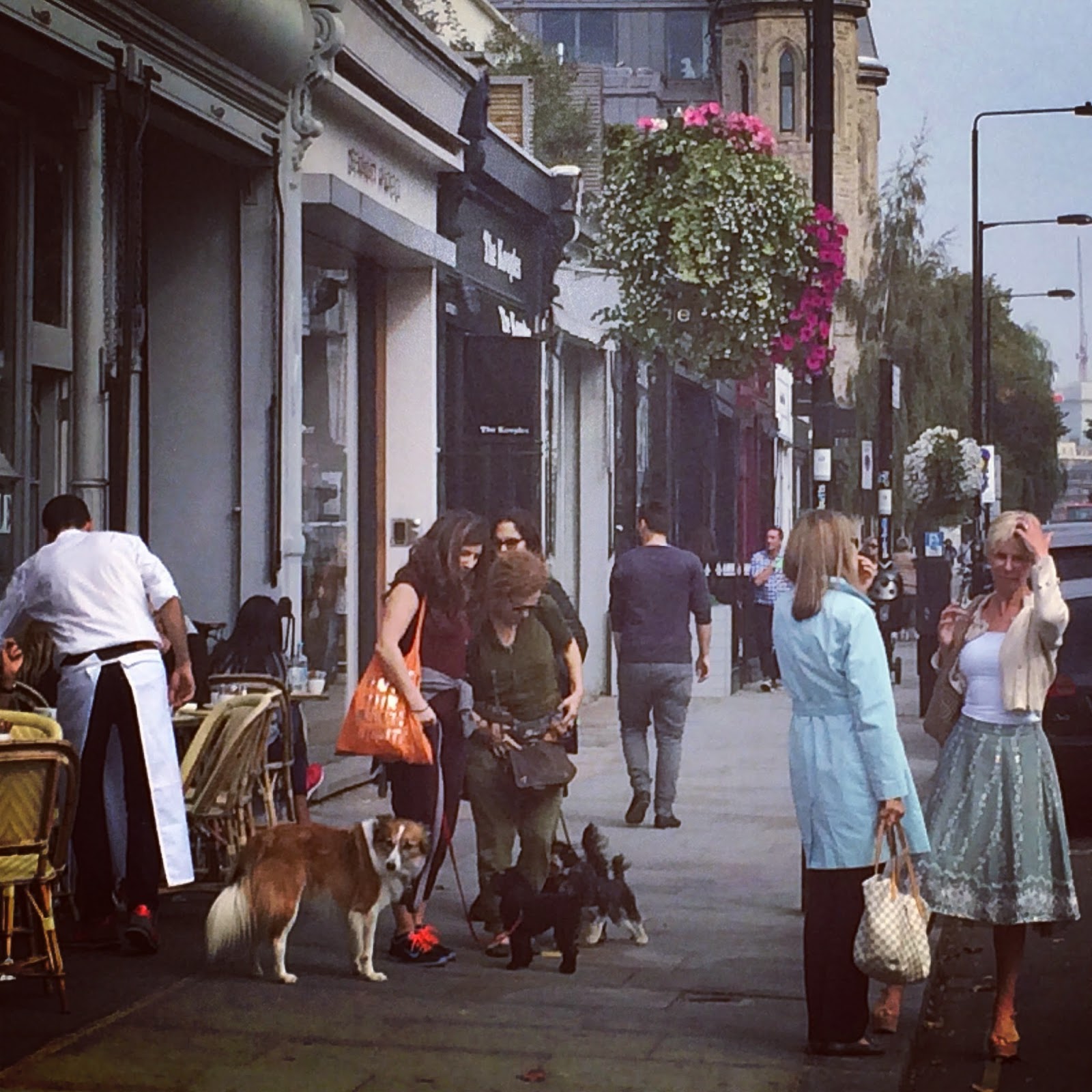 We saw our old rental flat BK (Before Kids) and it was still the same.  It used to be an old convent. And then you do that tortuous thing where you think about what the owner offered to sell it for, and the genius realtor friend that told us it was way overpriced and the idiots who believed him (us).  Coulda shoulda woulda...is that the order? 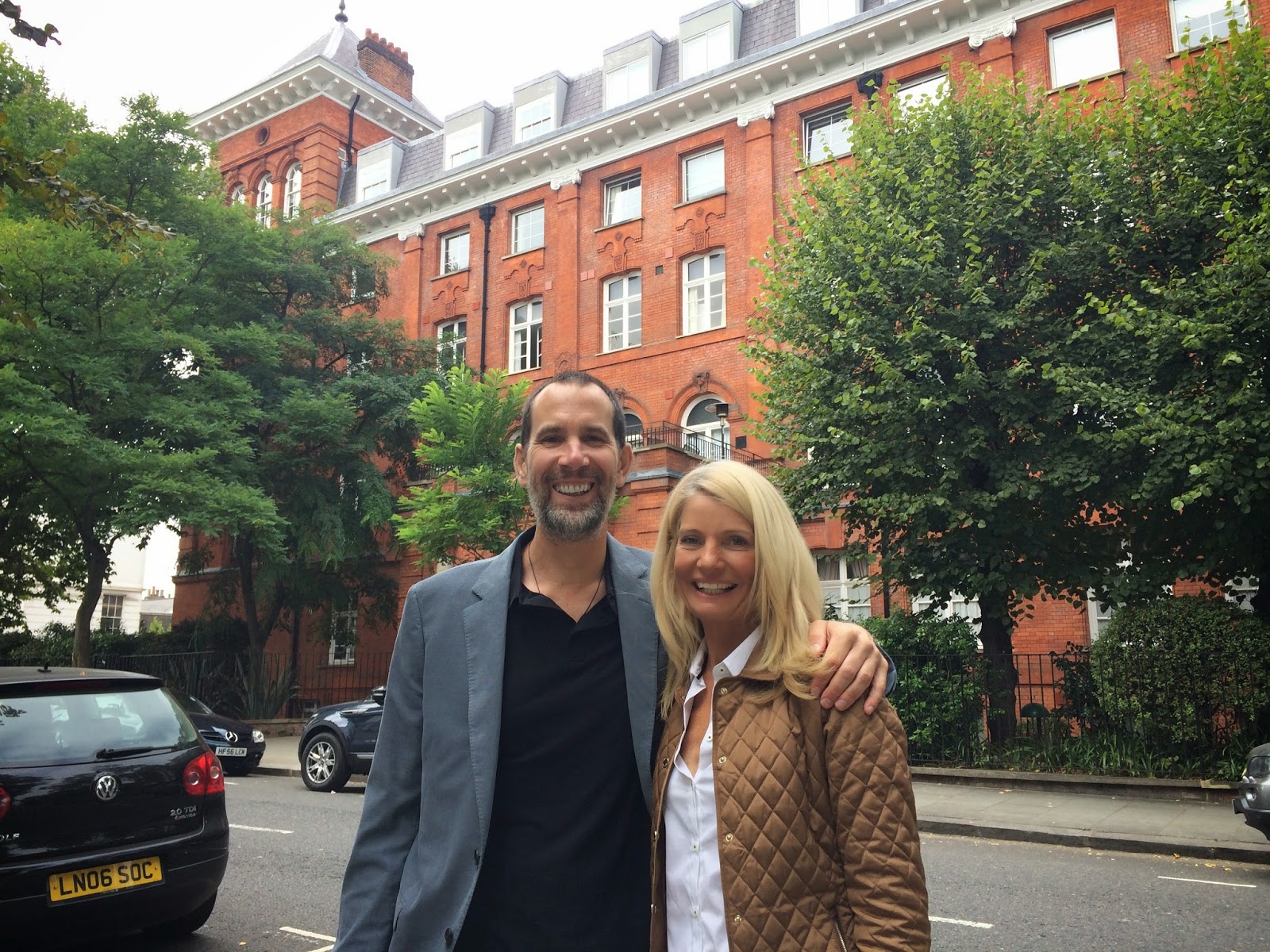 And then we went to see the subterranean flat we eventually did buy - literally it was under the street. All day you looked up at people's feet and our kitchen was an old coal skuttle. Some friends of ours - top surgeons - lived even lower down, you could not even see the footpath from their living room and one of their kids slept in a little cubby cave under the stairs. Middle class squalor they called it back then.

Is there any other model in London except for Cara and her archy eyebrows? She was on every billboard I saw. 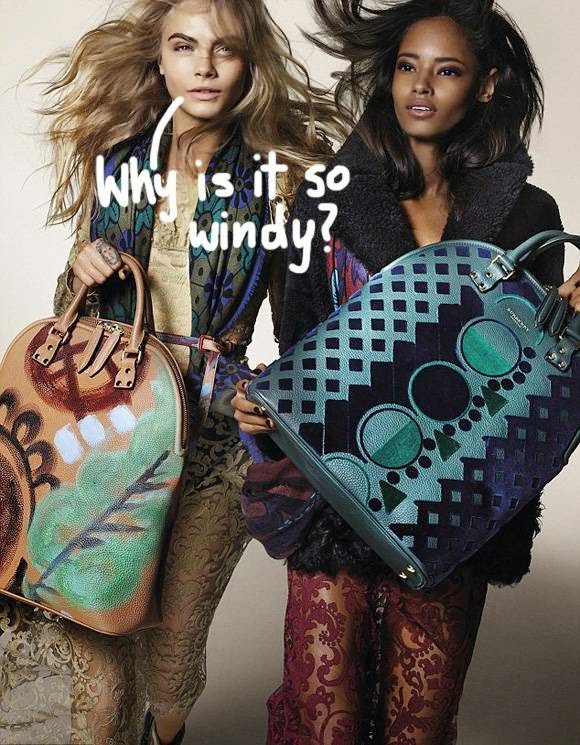 What do you think of London these days? I know Samuel Johnson said: "You find no man, at all intellectual, who is willing to leave London. No, Sir, when a man is tired of London, he is tired of life; for there is in London all that life can afford." I felt a bit weary walking through this time. Guess you can view apples with the golden cores but you don't need to buy them. And let's face it - after War and Peace in the next hotel room I was lucky to be still alive.

You might also like:
Wedding Day
Can You Have It All?
Camino- But What Did It All Mean?
Linkwithin
Posted by About Last Weekend at 9:56 PM

Posted by About Last Weekend at 10:24 AM