This afternoon we're off to Rarotonga, which is part of the Cook Islands, three hours from New Zealand (don't tell the kids how far it is). I know, so excited. It's supposed to be the real island experience. At night, you just wander into someone's backyard for dinner. What a good idea. 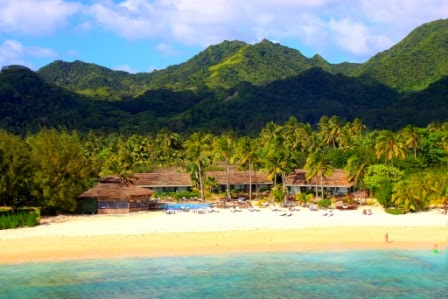 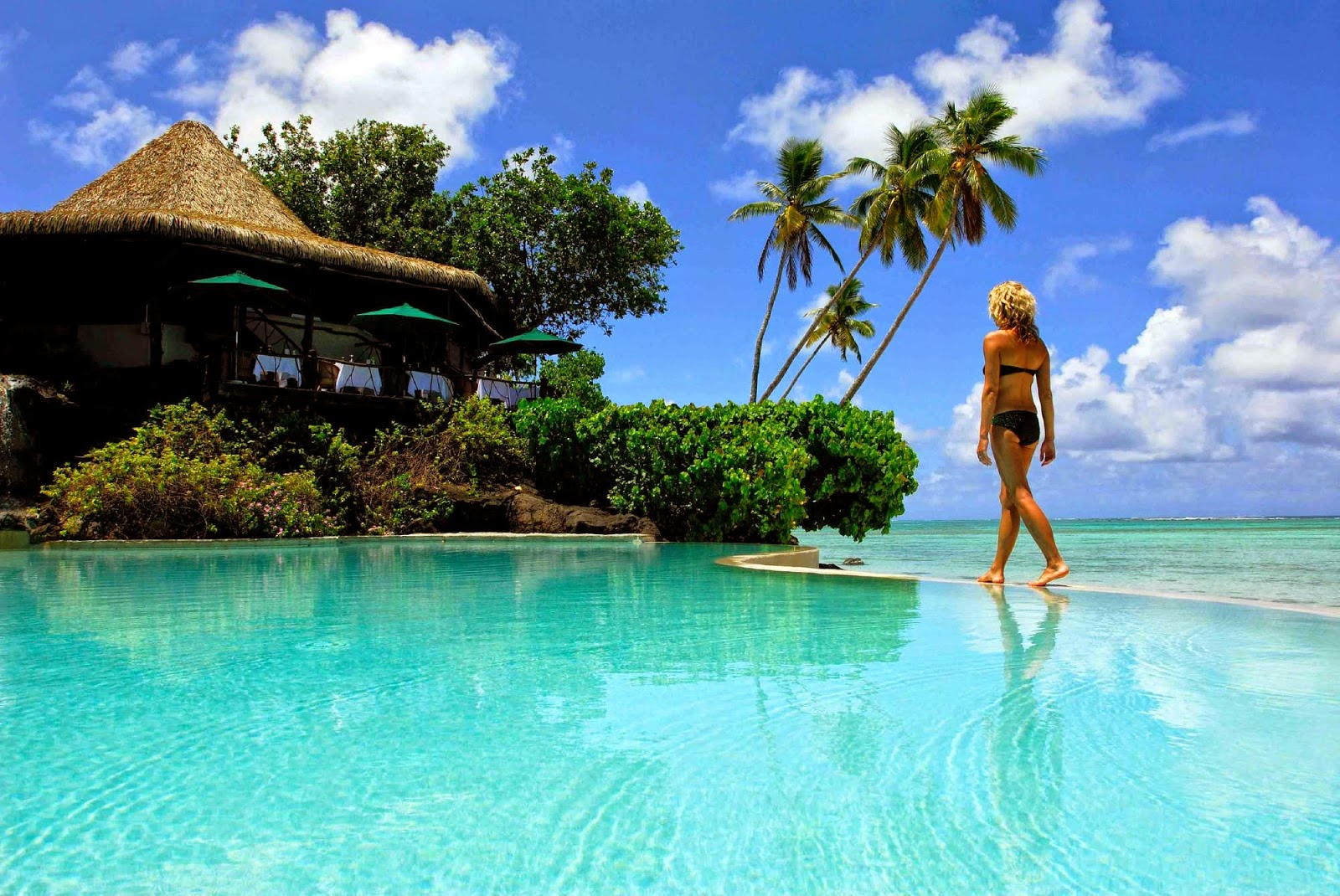 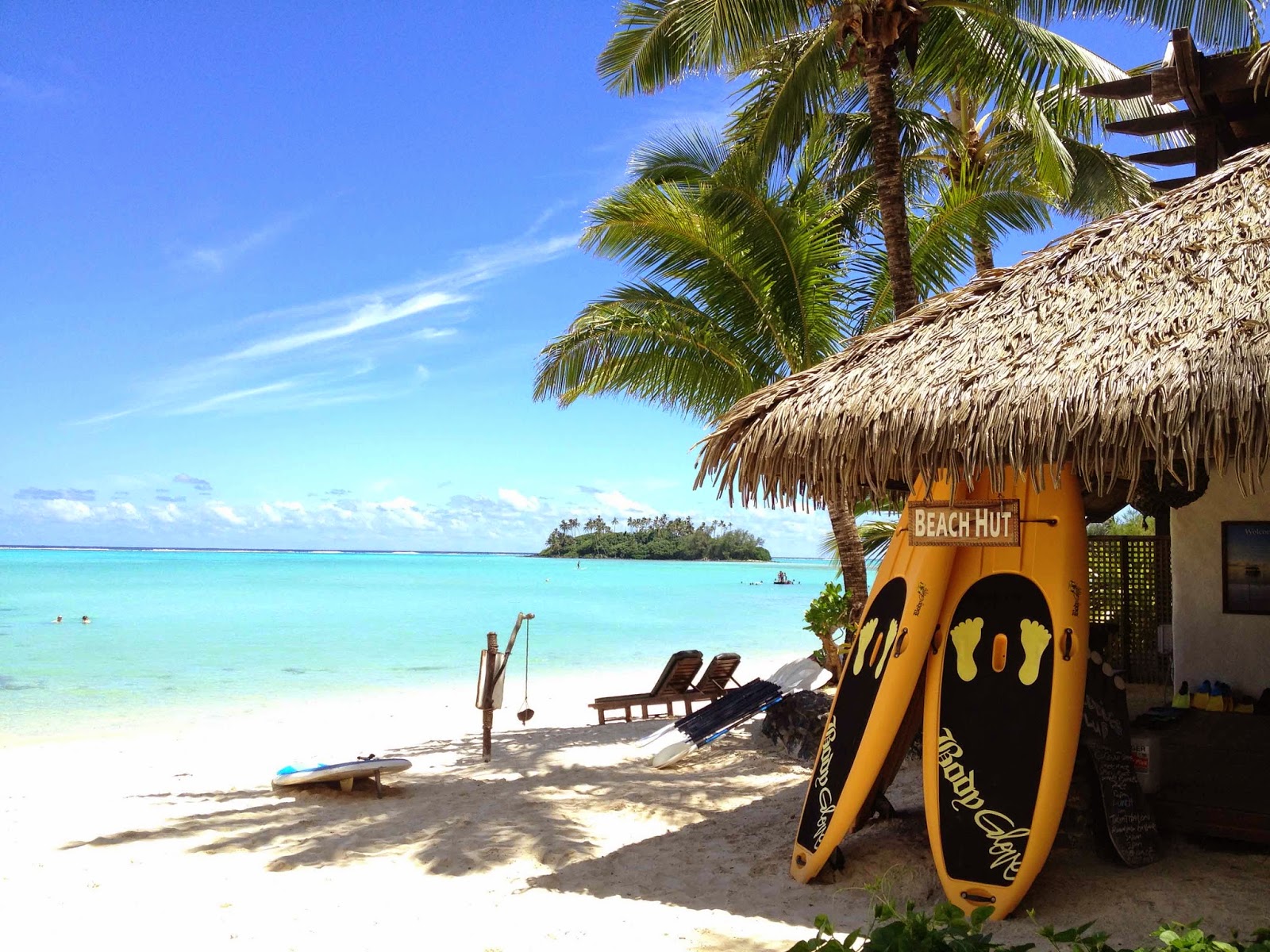 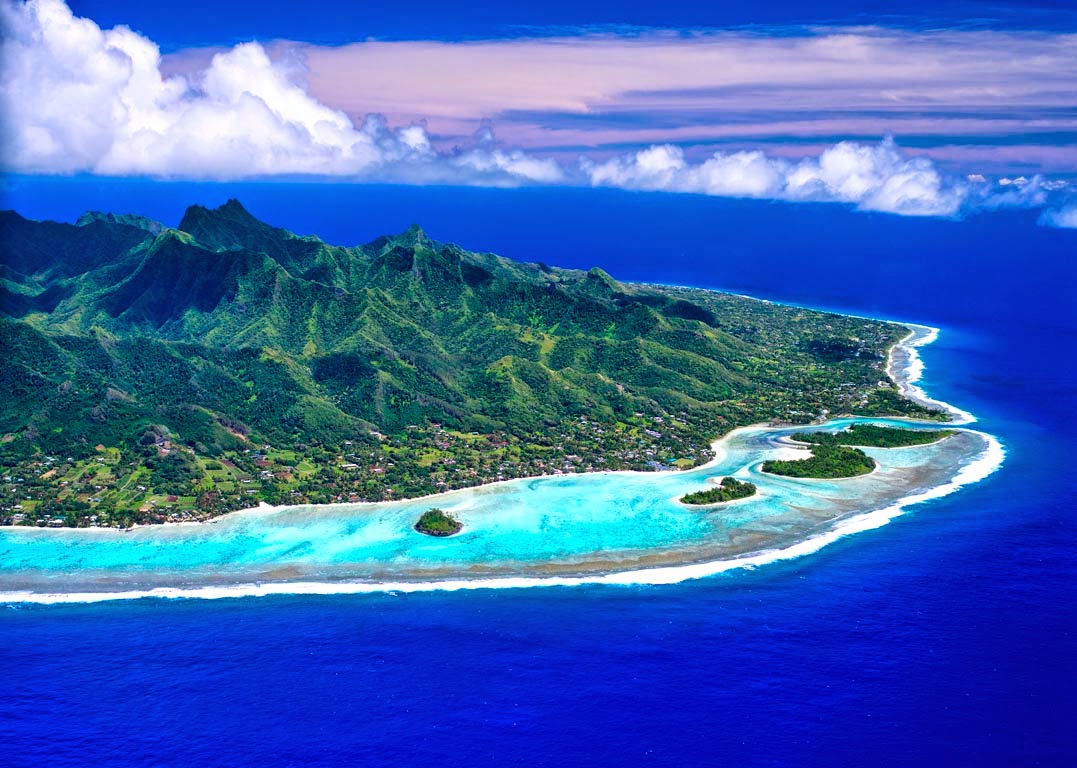 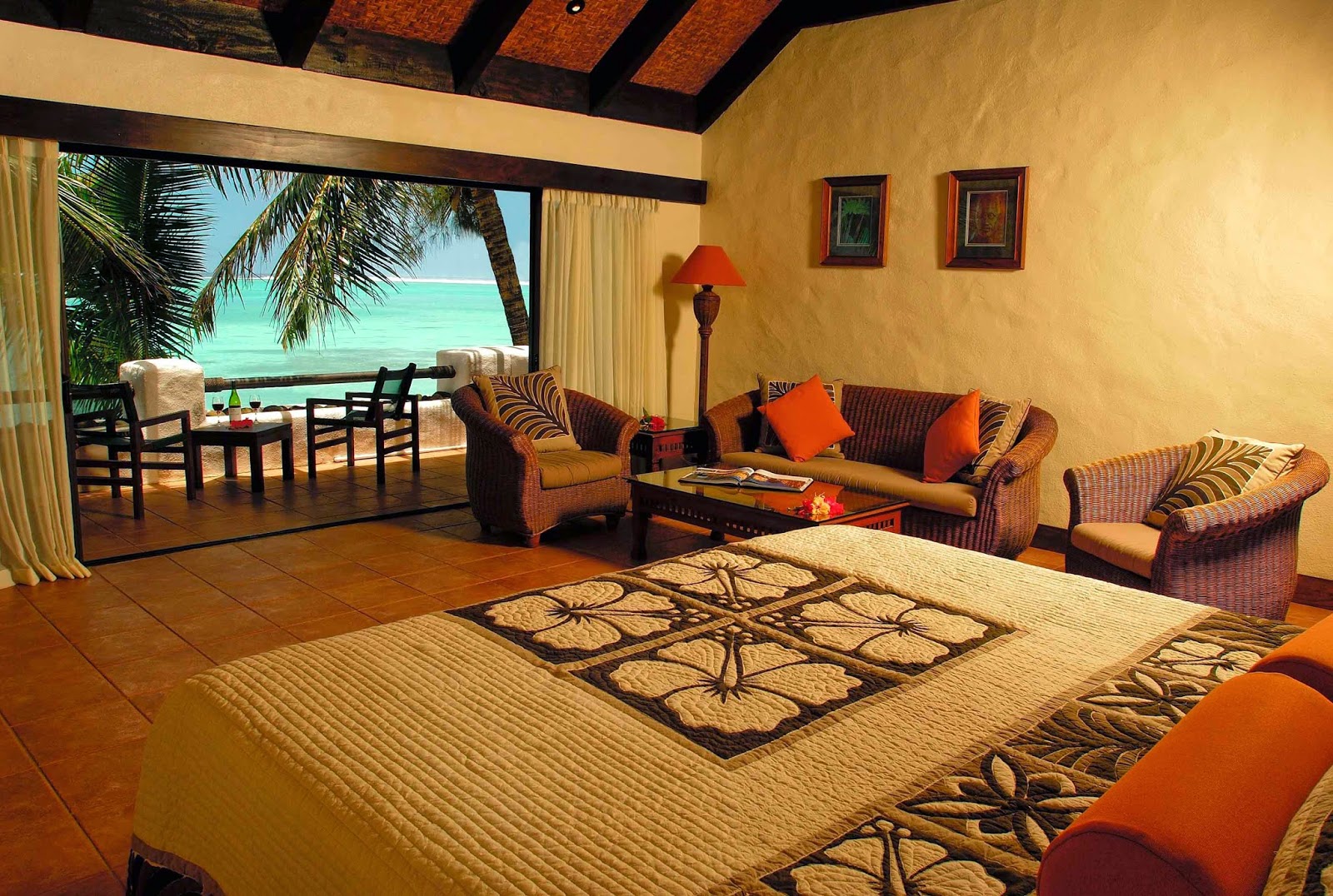 Well I turned 53 and looked for a bathing suit - or togs as the Kiwis call them - on the same day. Not to be recommended. What with the cumulative slippage those years bring, the whole thing's a bloody bugger.  I need all the pulleys and levers of a Victoria Secret bra and something downunder to hide the high-acres. After many hours screaming "Why! Why! Why me?" in changing rooms around the Bay Area, a friend said just go to Canyon Beachwear in San Francisco, which I did and I tried on pretty much every swimsuit in the shop.


Bikinis are out for me - It's a health and safety issue at this stage - though many, many of my friends in the US still wear them - and I say good on you!

The lady said tankinis are the least flattering of swimwear - all that additional material creates a larger waist, not a smaller one -  but still the most popular because comfy. Cover-ups are also tricky - I don't like them too low or too short. Realised what I was looking for was a burka made by Trina Turk. I love the floaty ones, but they look TMM - too much material - on me. These were the finalists for the swimsuits. 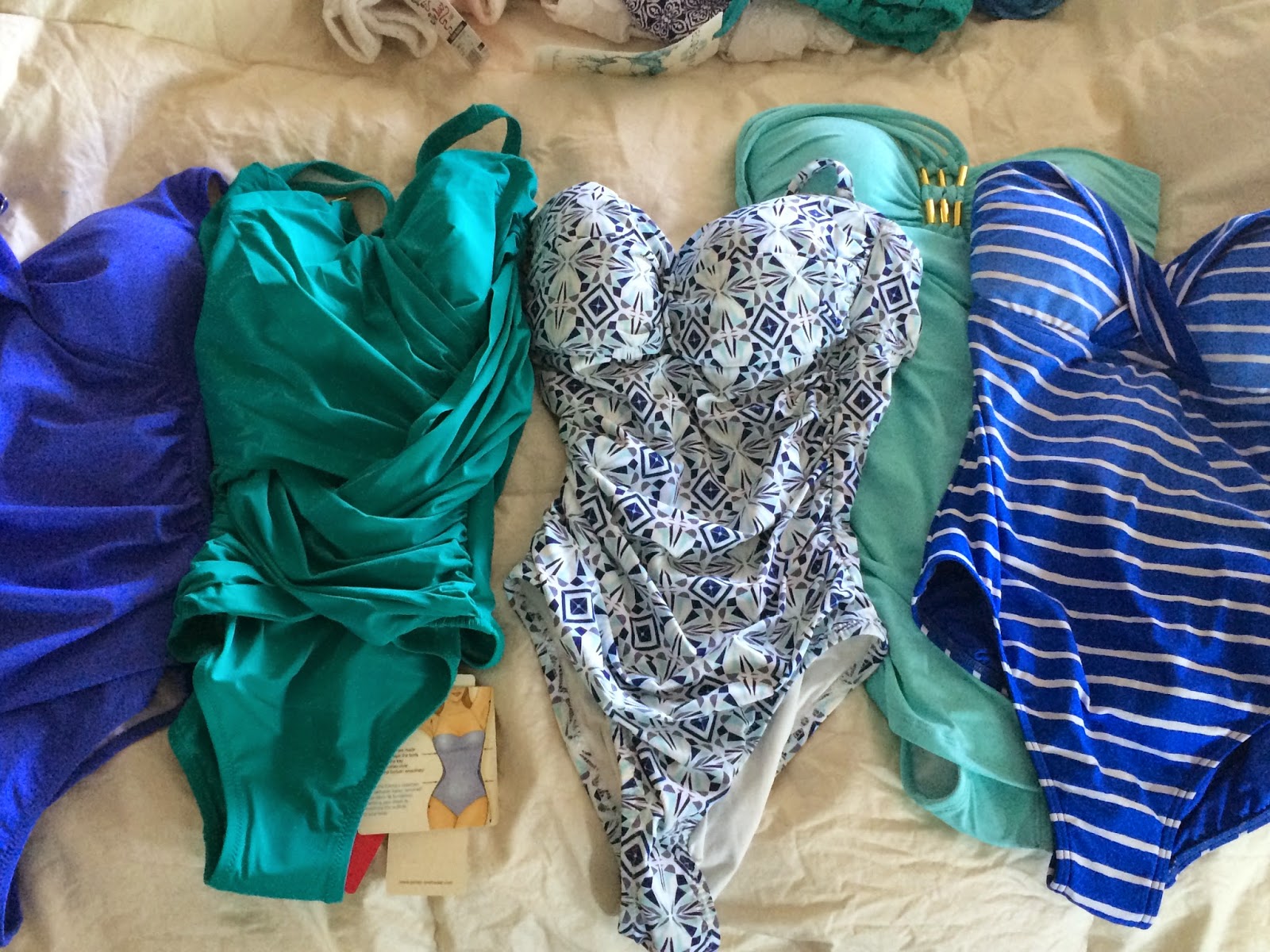 And the cover-ups - none of which have much hanger - or draped on the bed - appeal. The green and the white went to Tallulah - they didn't suit me. 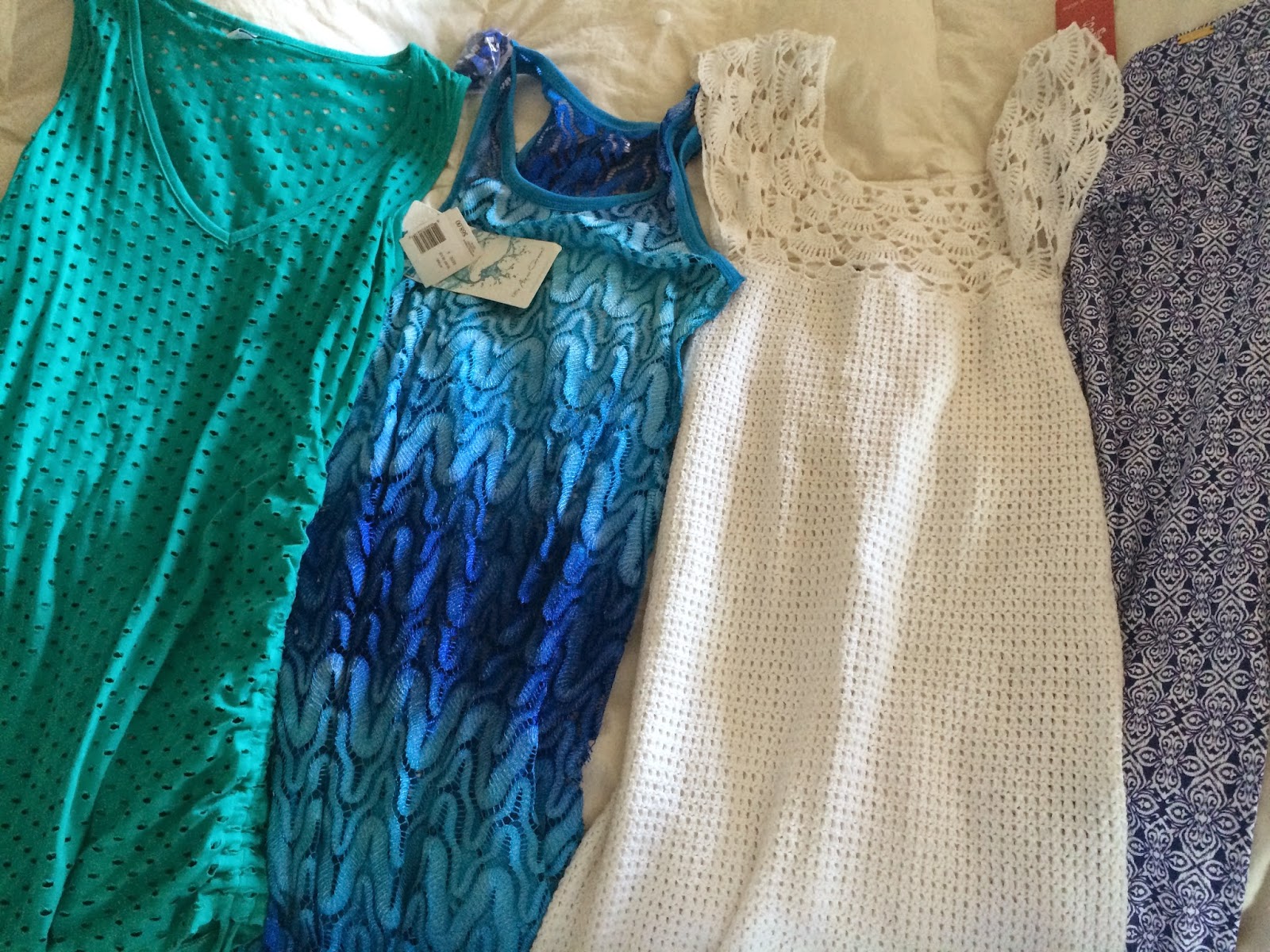 I picked the stretch cover-up pants and the blue ziggy dressy thing. I know:  buying three swimsuits is excessive but now I am set until the end of my days. Saving money all the time, that's me. Justification Hotline? Yes, it's me here, Jody. 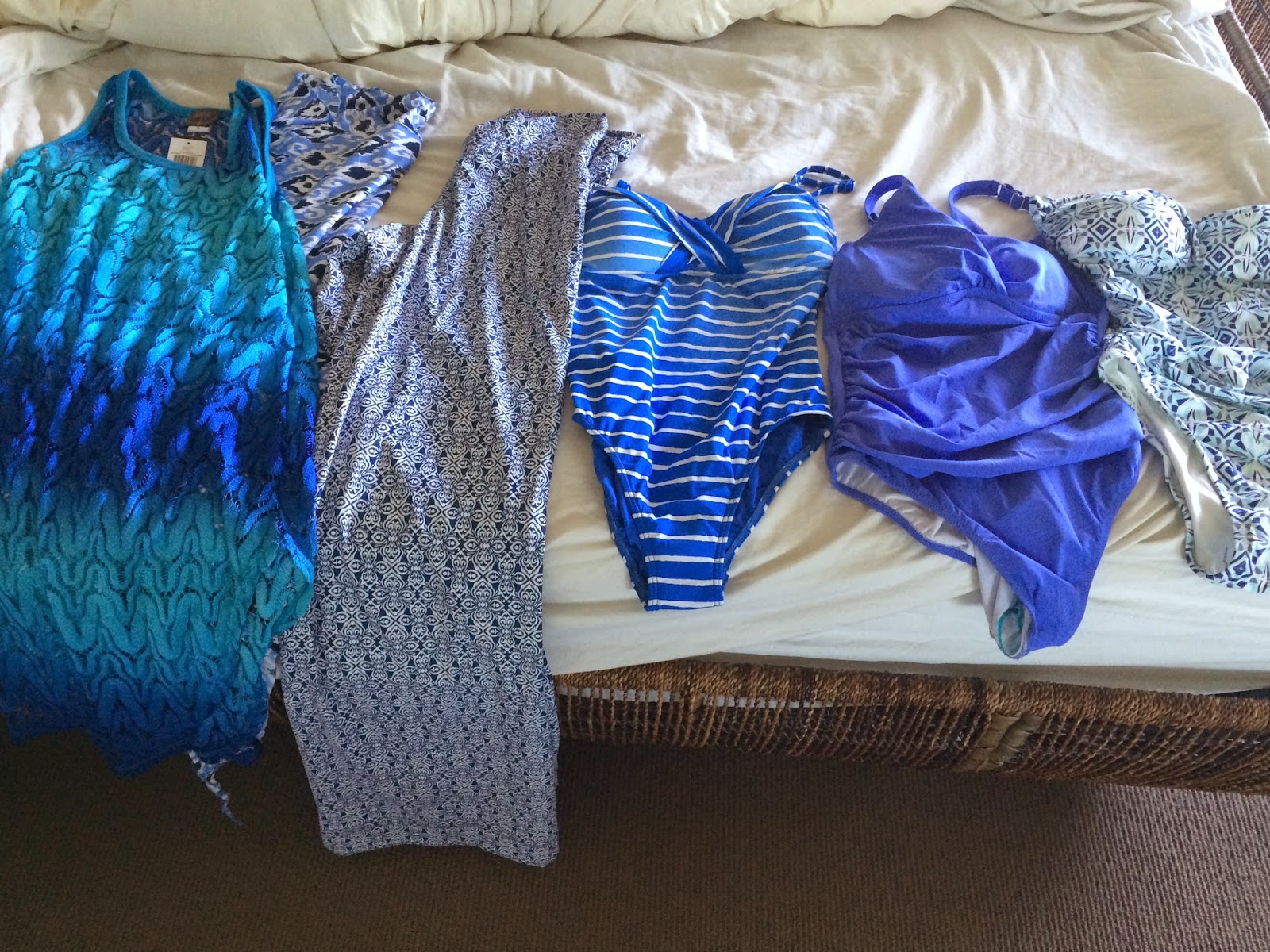 I couldn't pull these off, but some of you could. 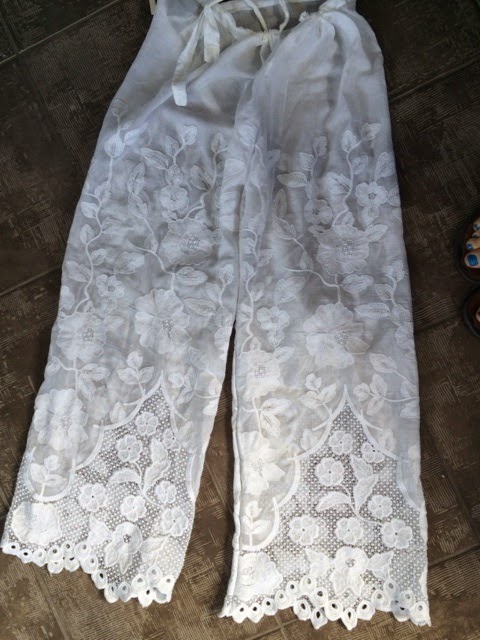 These are the pills and unguents I take everywhere, starting on the Camino last year. The Skinceuticals face screen is so thin you think it can't possibly work, but it does block. The Flora and Magnesium has been a miracle find for someone who suffers from bloating. Mitoq skin cream is made in NZ and you can only get it over the internet. I'm incredibly sceptical about creams but this one seems to actually smoothed out the old epidermis a bit. 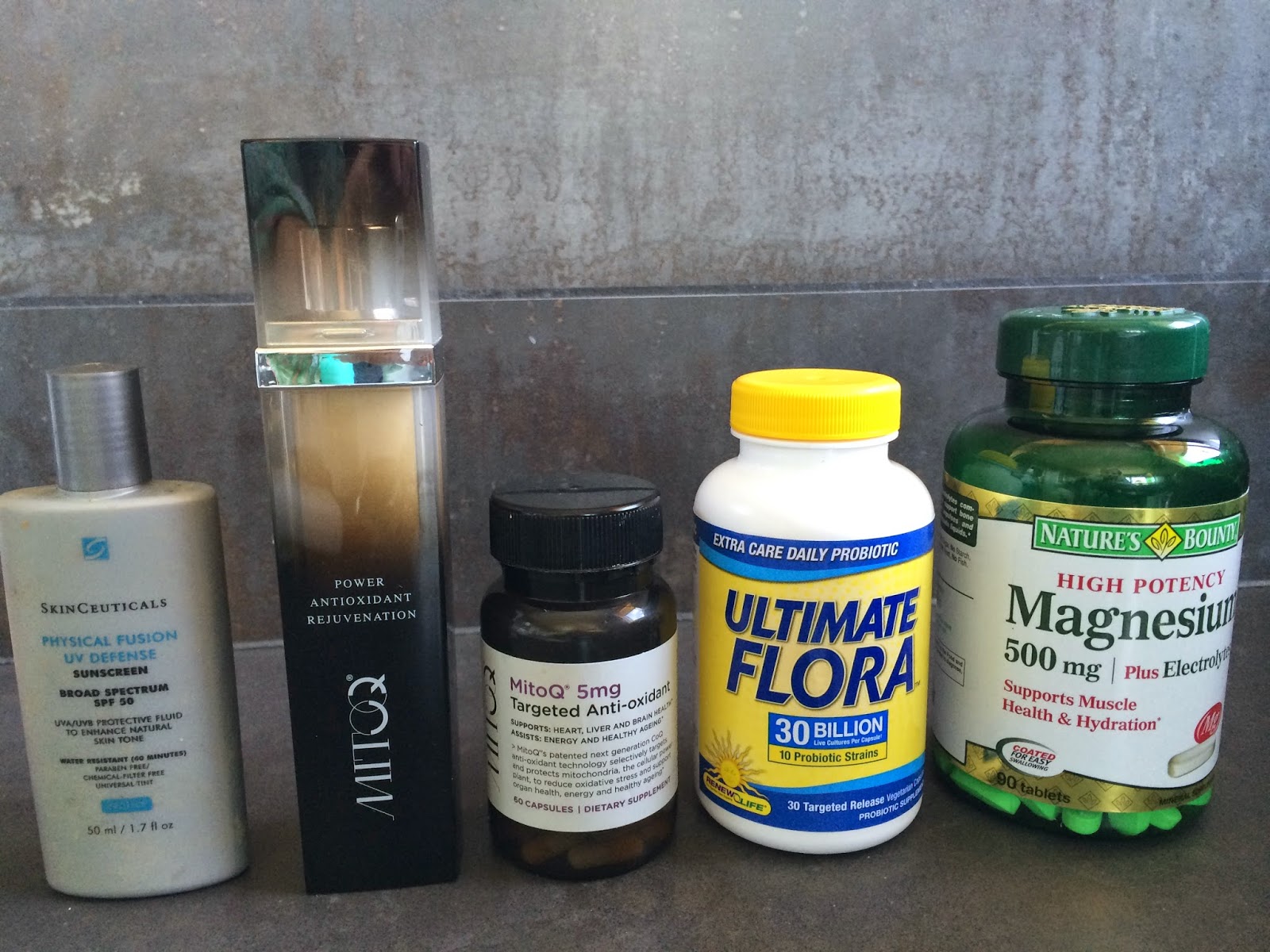 I am meeting my parents in Rarotonga and I'm taking just two kids as carry-on. I'm taking these tried and true books and they are bringing me some. I never knew about Hilary Mantel - how was that possible - until I saw her on GSL's blog. (Thanks for introducing me - she is one of the best writers I ever read!) Girl On A Train is up-all-night good. A great premise - a young woman travels on the commuter train into London - where you can see into people's backyard and one day spots something very disturbing. Bristol House, a monk spooky-possums mystery is a must for anglophiles. Stephen King's On Writing is great even if you don't aspire to write the next Girl On A Train or whatever. Steve is very scathing about writing courses and basically says sit down on your arse and write - which he has done all-day everyday even when he was a cocaine addict and he had to stuff toilet paper up his nose to stop the blood dripping onto his typewriter. Heck.


I'm also taking Mum the latest Vanity Fair, which features our favourite - Robin Wright. Everything about this woman is angular and square, her nose, her jaw, her hair, her shoulders. And yet she still looks so soft and pretty somehow. The interview reveals very little about her - she says she has too much respect for Sean Penn (what is the appeal with that guy?) to talk about their break-up. (What?? - that's why I bought the magazine.) She even comes across as a bit washy washy and then... Then she says about her new fiance, Ben: "Perhaps its not ladylike (to say) but I've never laughed more,  read more or come more than with Ben." Gosh. 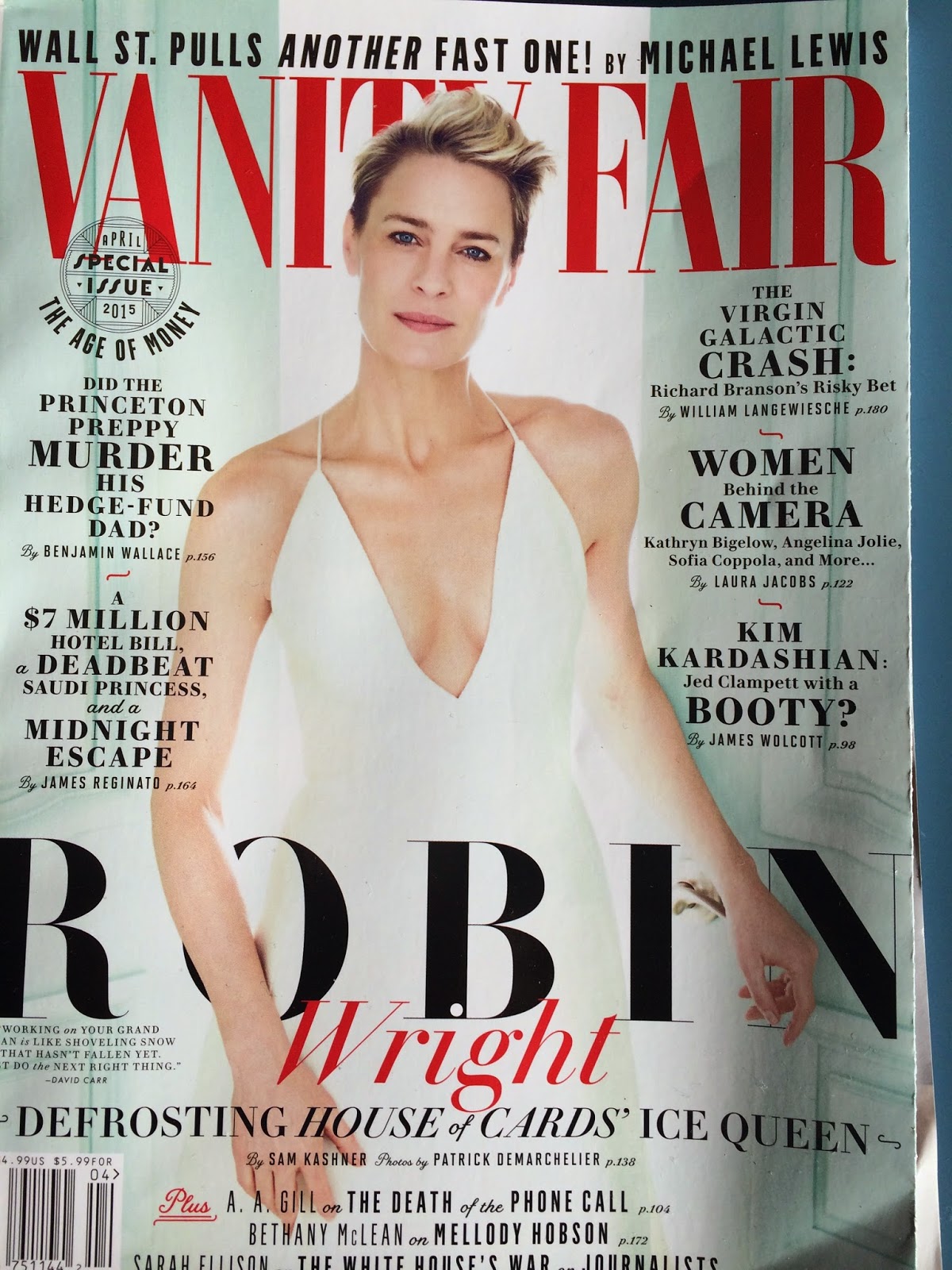 The other two kids are going on college tours. The hubstar is taking the eldest around some colleges in Indiana. Unfortunately the state just passed a law which basically allows businesses to discriminate against gay people - can you believe that? Indiana -ians - please rise up and squash this!

Just in the nick of time, my brother-in-law send some hats for them to wear. They're from his sports team that plays in the Denver Gay and Lesbian Flag Football League. I look goofy in hats, but these are pretty nifty don't you think?

See you later alligator. Until we meet again in someone's backyard for some roasted pork and hibiscus cocktails.


Posted by About Last Weekend at 2:39 PM