There is one room in our house where everyone stands awestruck with envy. I can guarantee that anyone who comes over, man women or child, stylee or not, loves this room.  After a reverential couple of minutes gazing around they are say: " Now this! This is my favorite room in your house". 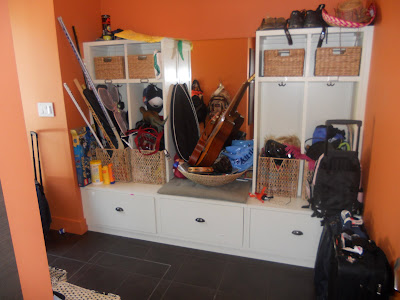 It's the mudroom. Later anointed the crud room. Or the cr*proom if you have been less sensitively bought up than I. Initially it was intoxicating having a place to put your stuff that you needed away but not in the garage and near, but not in the entryway cupboard. And though the orange was really strong at first, now it's my favourite colour in the house. It makes everyone smile. See pic below of Jax, Cy and Tallulah. 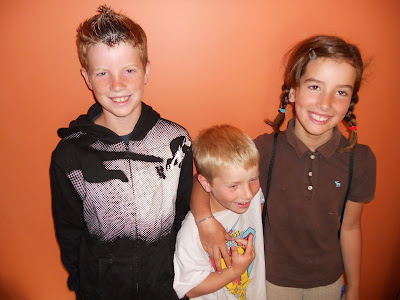 Then you realise what goes into the mudroom stays in the mudroom. You will never remember it's there and if you do - you can never find it. In a fury, I have started to instigate numerous throw-clean outs a week. Rather than a time-saver if becomes your Nemesis.

You will notice we are grasping at straw (literally) with all the baskets. Baskets are the stand-by of almost every home store in this county but I have found if anything goes into a basket, it's gone, you may as well have re-cycled it. Basket-ing your life provides as much instant gratification as two shots of Peets espresso and is as cleansing (say no more) but resist the urge. One friend of ours split up from his long-term girlfriend because she bought so many baskets. It started with a couple of baskets in the living room for wood and newspapers and two years later baskets filled every nook and cranny and he was out of there.

According to last Sunday's New York Times Style section the hippest way now to picture your abode is to have all the mess showing. For example, theselby.com online gallery which the newspaper says 'is indicative of a trend towards a rawer more photo journalistic approach to interiors. This is a move also typified by indie design magazines like Apartmento or the interiors blog Homebodies which are less interested in the faux perfection of shelter magazine than in the effluvia or everyday life". In fact Todd Selby says the only downfall of his website being better known is that "people are more nervous and clean up. I hate that" he says. 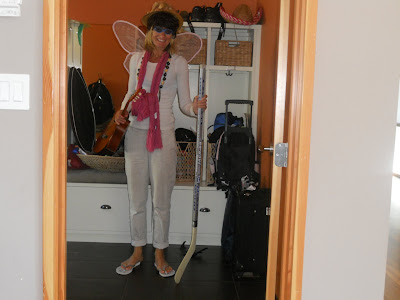 Never let it be said that this blog is less than cutting edge.  Landsakes, I hear you cry, you are so recent! Well, I welcome you to the achingly hip effluvia, "Mt Vesuvius" of our lives. (Thanks Joslyn for that word). Amidst the hockey sticks, tennis racquet's, shoes and coats that you would expect to find, there are no fewer than three wigs, four pairs of torn cat's eye glasses, ten broken musical instruments and a selection of Cy's underwear some of which I have donned (not Cy's underwear) to make my point.

So here is it, hope you have donned your Wang jeans and studded shades to view these photos because you will see nothing hipper today. 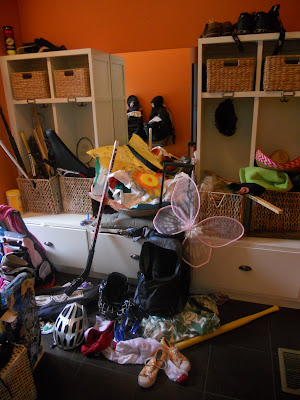 Hmm, just realised it's not much different than tidy photos...Can I get more hep?
Posted by About Last Weekend at 2:03 PM