Faffing with an old friend

One of my old friends, Sue, came to stay for the weekend. Did you ever think you would say "old friend"? 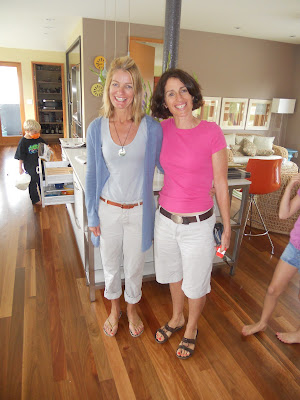 I have known Sue since I was a 19-year-old "Varsity" (University) student in New Zealand. Here we are in my kitchen 30 years later. Sans make-up, with wobbly hair - extra points. Sue bought purple Gladis and Sacred Hill. 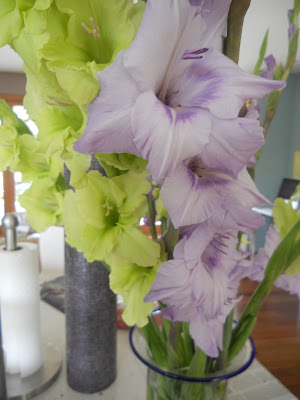 The fact that we have now seven kids between us and are totally devoted wives (natch) and besotted, responsible mothers (natch) boggles the mind. 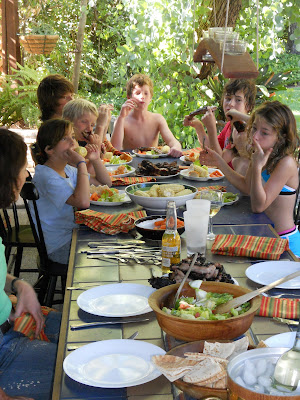 Sue and I, and the rest of our Wellington wahine posse were in a hockey team together at 'Varsity.  It was called "The Growlers", a Kiwi term for a woman's...say no more. We were thrown out of the league after a couple of seasons. Habitual lateness, bad sportsmanship and poor language were the reasons cited. But I always suspected they were simply unready for our fresh and spirited style of play.


The Growlers were not to be, er, smothered so we signed up for the netball league.  From the beginning it was obvious the Netball Committee had faith in us. We knew we were in the big league when we scheduled to play one of the transsexual teams. Which naturally was huge fun and obviously brilliant tips about nails, hair and make-up.  But we learned within minutes that not only did they have staunch nails, they were incredibly skilled. Basically we were toast, that's all she wrote, history.


During the requisite number of G&Ts at the local on Friday night we always had good intentions to bounce, bound and re-bound. We talked a great game of a Friday eve. But come Saturday morning everyone was feeling somewhat delicate from one "good pour" too many. Somehow the results never matched our intentions. Nonetheless we played valiantly through hangovers, bad haircuts (these were the 80's) weight loss and gain, passes and fails and boyfriend breakups. In the end we were relegated so often that we were playing 13 years old...and they beat us.

Sue was one of the funnest people at "Varsity" (College) and I always sought to be within earshot of her jokes. Plus she was way ahead of me in the style stakes. I was faffing around with different hairdos. One week I'd do left side short, right side long. The next week I'd dye it all black. Sue had the confidence to have it all shaved off - or curly girl rocking a huge vintage scarf bow.

While I was lamely cutting up the necklines of my pastel sweatshirts a-la-flashdance, she was buying up vintage 50's dresses with huge black belts and big red roses. While I was clinging to my translucent pink lipstick and blue eyeliner, Sue was the rouge lippy Queen and rimmed her eyes in black. She was a stylist before we heard that term.  At an "OpShop" (second hand store) she would immediately see a pink silk button-through dress: "Jodes! That!  That will look great on you!" She'd buy it for $5 and you would wear it for the next ten years.

For 10 years after varsity there was the hard yakka (work) with decent dollops of faffing around. The Growlers posse ended up travelling half the world together, in different configurations, through Africa, South America, Europe and Asia. Sue and I camped for three weeks in Portugal, met up in New York where she was nursing and lived together in London. She is now living in Auckland, New Zealand but this weekend she was visiting from a six-month stint in nearby Sacramento.

On Saturday night we got a babysitter for the kids and headed out for a party at the home of fellow Kiwi Helen who lives in the Castro in San Francisco. Of course Sue put on her poncho and you know how I love a good poncho. I had on my other best fall dress. Here's us with our hubbies on our deck.  Two of the luckiest men in the world Sue and I decided... and they agreed. 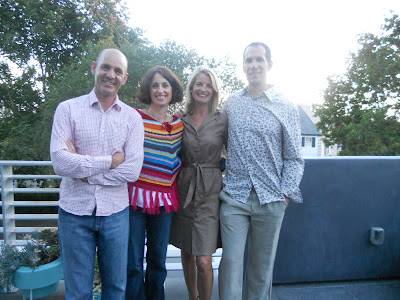 Sue and I prove we are still the brave wahines by risking life and limb for a Castro shot outside Helen's house. 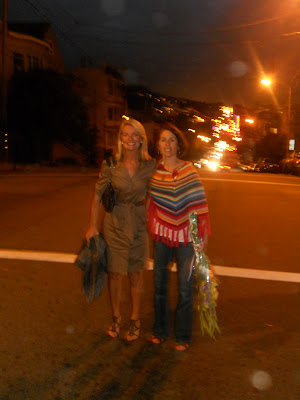 Helen made us Gin Mules, which have quite the kick (ark ark). Two glogs of gin, slash of sugary syrup and lashings of Australian ginger beer, (less sweet than others apparently) with sprig of mint. The idle hostess will be adding that one to her repertoire. Sue and I ate all the balsamic figs. 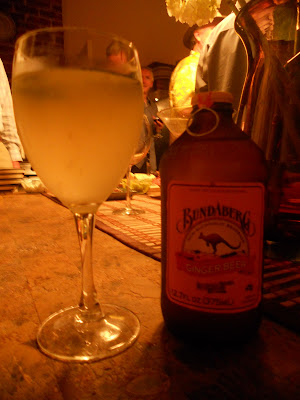 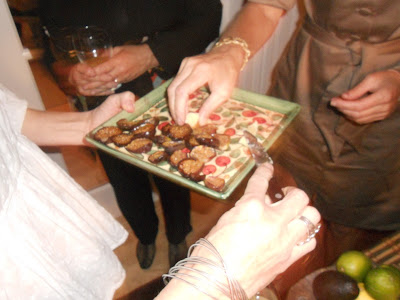 Then we tried on Helen's shoes - you know it's a great party when you get to try on the hostesses' shoes. Helen has a great collection of Jonathon Fluevog shoes. Sue has this brown leather pair.  Very Paris in the 1940's. Is my search for the comfy funky heel over? 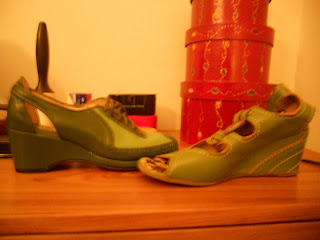 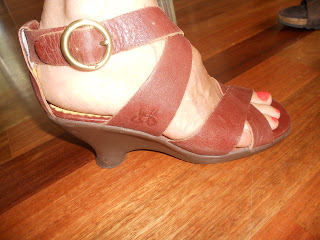 Home from the party and after ten hours of constant cackling from me and Sue and "what happened to ...?", the hubbies took to their beds and Sue and I chortled on the couch till the wee hours. 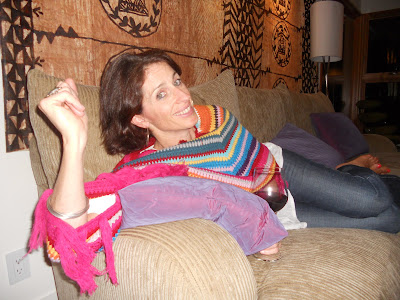 The next day the kids did a play involving beards, violence and hiking in Yosemite. Complicated but genius, if I may say so. 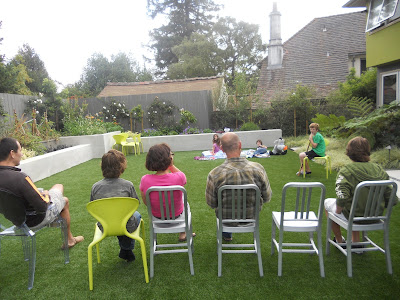 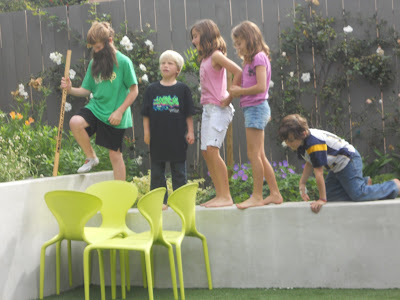 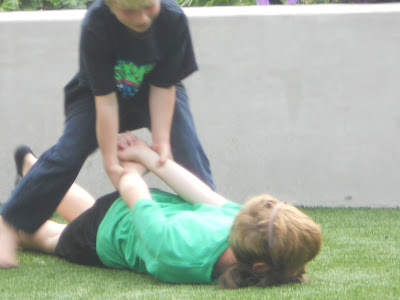 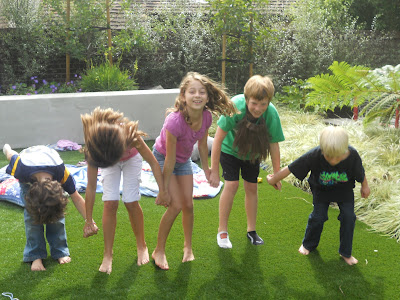 Our two nine-year girls fell in love and faffed around happily at home. See, they even look a bit alike. At the pool they created George Washington hairdos. 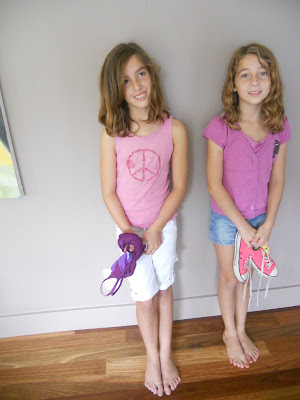 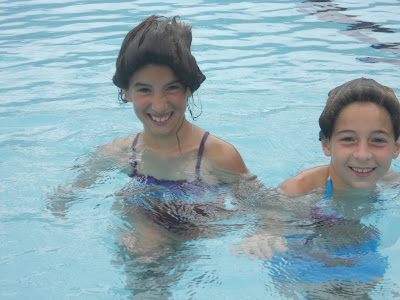 So apparently Sue and I are no longer 19 years old and the The Growlers have disbanded (only in reality). But we still love the sipping, laughing about life, lippy and eyeliner ....and just generally faffing about.
Posted by About Last Weekend at 5:58 PM