This is the first of my Bay Bookworms posts. We will be discussing Freedom by Jonathan Franzen. 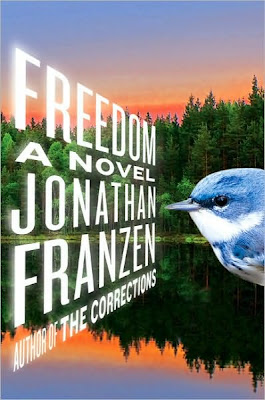 Bay Bookworms: has been meeting for eight years, every six weeks on Monday nights at 7pm.  Customarily the host would provide drinks and heavy hors d'oeuvres but about a year ago we switched to dinner which is sometimes themed to the book;  Mint Julips, watermelon and fried chicken for The Help, Cervezas and Tamales for Amigoland. Last night Kenny'n'Mike served the vegetarian version of Alice Water's cauliflower soup and nicoise salad.


We have 15 members and about eight to ten turn up each time. We all vote on the next book. One year ago Carson moved to Seattle and two years ago Cameron moved to Pacific Palisades in LA but both women still read the books and sometimes they even turn up to the meetings if they are in town.


We don't have anyone who leads the discussion and I can say quite truthfully that no one person dominates. At first some were shy about venturing their opinion but now after eight years everyone is now very comfortable with speaking. I can't tell you how much I look forward to our Mondays. We are from quite different backgrounds, countries and occupations including an interior designer, a sports psychologist, a Minister and Mums at home like me. 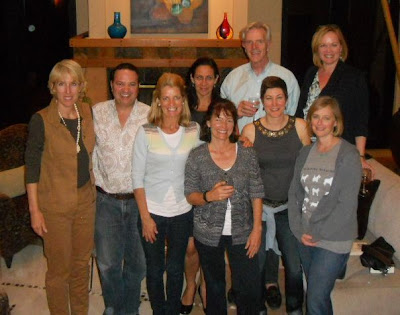 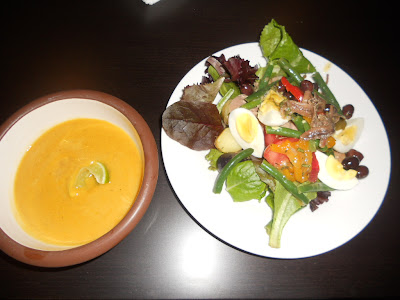 Synopsis: A social-realist family saga about Patty and Walter, a baby boomer couple from the Mid-West. Financially comfortable and secure in their left-leaning political beliefs they are nonetheless dissatisfied and disappointed. Patty a formerly gifted basketball player, falls into depression and devoted conservationist Walter in trying to preserve an obscure species of warbler is forced to compromise with the industries he hates.  The "freedom" of the title is something they should be enjoying yet why are they struggling to decide 'how to live"?


The book was good, not great. It dealt with freedom, the illusion of it, the reality of it. Where does freedom come from? Is it a force of nature, upbringing and influence or is it a force of will. I will overcome…Relationships are full of choices and the freedom to choose. Once we are in a relationship how much freedom do we have? In the book we see a man who has freedoms and a wife who has mental issues. Does his freedom override his guilt and obligation, the answer is no, it does not. Only when he is rid of guilt is he really free, mmmm, scary. Her illusion of freedom is a middle-aged rocker whom she attaches herself to and finds out that she is not so free and that freedom for her is when she can stand on her own two feet.


Not sure if I have anything profound to say--I'm having a hard time taking a stand on this one!  Although for the most part I enjoyed reading the book, I haven't totally figured it out yet and plan to spend a little more time on it. I liked a lot of what Franzen says about how freedom means different things to different people, and how relationships between people put limits on freedom.  However, I found the characters to be unlikeable for the most part. I feel that there is a lot of Franzen's personal experience in the book, particularly with regard to parents and spouses, some of which I can relate to, but much of it I cannot.

Reading Freedom made me me feel better about my family and my flaws but a little more depressed about everything else.


An easy read about suburban family life and subverted dreams and ambitions. At first I thought it was brilliant and great writing, then I found it depressing and the characters a bit one-dimensional. Don't great novels need to encaptulate some sort of heroism or epiphanous moment? Maybe they each were heroic in a tiny way: Patty found a rewarding job eventually, Walter saved a few birds...The comments about Patty by the snarky neighbour were hilarious, but are women really that mean about each other all the time?


Jonathan Franzen spoke here in Seattle a few months ago, not about "Freedom", which had just been released days before, but about the actual process of writing.   The most memorable thing he said is that to be a good writer, he had to get over intense feelings of shame.... shame and the guilt associated with it.  Otherwise, he couldn't write his characters in an honest and realistic fashion.  They would instead be fettered by his own self-consciousness.   It was interesting to think about and I'm sure very hard to do.

He then went to talk about sources of shame in his own life.  He was married to a writer he met in his early twenties...maybe in college.  He believed she was the better writer and would have earlier and greater success than he would.  His wife's mother was also an editor for the New York times book review!  Remember Katz's girlfriend in "Freedom".......?

Anyway, he was the successful one, and she could never get a book past a publisher.  He felt guilty about his success, tried for years to make the marriage work, dealt with his wife's worsening depression, then finally divorced, feeling very guilty to have left his wife alone, unpublished, and childless in her mid-thirties. He also talked about sexual depravity and his explorations post-divorce.

My thoughts on the book are about the whole concept of "Freedom." As middle/upper-class Americans, we are so accustomed to having unlimited choices, all of the time.  Think of how little choice there is in a third-world country or if you are poor in this country.  We can choose between twenty different ways to order a coffee at Starbucks, where to live, how many children to have, what to do with our lives... Choice is integral to the American definition of Freedom. So my question is, what is the downside risk of having so much choice and freedom? Is is always a good thing? How did individual definitions of freedom play out in the book?  Personally, I would not want to limit my choices, but choice involves responsibility, and that at times can be overwhelming and burdensome.

Overall, I liked the book. There were sections where I was completely bored, but I liked thinking about "Freedom" and what it means morally to different generations and types of people.  I'm sure our parents and our children have very different ideas of what freedom means and what we are entitled to expect in our lives.


Sometimes the freedom we get from from not having to work allows us too much time to think about personal problems and instead the freedom becomes a burden. What we give of ourselves to our family may be different from what we give to others. Meds and therapy can help us overcome personal problems and passionate work can help keep our emotions healthy. Choose your mate carefully!

What a fabulous read. The novel starts with what appears to be a bunch of unconnected threads and characters. It feel at first that there is no way the author will be able to connect them but he does, creating a fabulous fabric that shows a myriad of characters with strong personalities. Some are more likable than others as always, but you will not fail to relate them to the people around you. Read it and watch the people you know.
Next Book: Life by Keith Richards, a true tale of drugs, rock and roll and general debauchery from "Keef" of the Rolling Stones. Melinda is hosting and has let us know it will not be a themed dinner as she has young and impressionable children.
Posted by About Last Weekend at 10:41 AM