The first rule of driving to Tahoe is to pretend you're living in the 1800's. This doesn't mean you have to freeze, starve and then eat your fellow travelers. This a fate that befell the Donner Party in 1846, when a group of American Pioneers set out in a wagon train for California and endured a winter snowbound in the Sierras, forcing them into cannibalism.


No, what I mean is to ignore all our 2010 technology. No matter how much info you get from your TV, phones and computers - endlessly checking Traffic.com and Weather.com and all the traffic and weather apps on I-Phone for crashes, road closures, queues to get over the pass, queues for chains - when you're on the road it's all so different.

What about simply setting off very early in the morning in a four-wheel drive with snow tires, carrying food and sleeping bags and hoping for the best. Because after years of driving up to Tahoe my only certainty is that you cannot predict how anything will go.

We were supposed to leave for Tahoe (from our home in Oakland) last Sunday. But red code storm alert and a late start made us question whether we should delay our departure until the next day. We had organised to rent a ski house in Tahoe Donner for the entire winter so we had a whole season's packing in the car; six sets of skis and boots, six sets of snowboards and boots, cross country skis for Kevin and all the bedding and ski clothes for six people.

'Just take off, you're all packed' our friend Ken advised over the phone. But we hesitated, further debating. "If we don't go today but there turns out to be no storm, I don't want you to take it out on me." said Kevin. And me: "If we go today and we're stuck in traffic for eight hours don't take it out on me". The first option sounded the least antagonistic so we waited the day. Neither of us mentioned the absence of storms that day. Monday we headed off to an earful of more storm warnings.

As my husband Kevin and son Harley, 13, are what you would call 'early adopters' we were being barraged from every I-hoodacky you could imagine. If Kindle started sending out weather warnings from Charles Dickens and J.K. Rowling we would be reading them.

On the road, Harley in the back seat keeps Kevin constantly updated from his I-Phone. Kevin gasps at Harley's every report of weather and traffic "accident at 6-32 intersection", "snarl-up at 59-657 crossing" "chains needed on the 1-3000", "congestion at Auburn Level 8 and building"....and so on.

Yet every accident had been swept up by the time we arrived, there were no queues or delays or even blinding snow, rain or winds. What next to freak us out?  I-Phone updates on burger queues at IN-N-OUT? Hmm...


In the end we reached our ski lease in Tahoe Donner in a record three hours without even going the speed limit. Just one Simpsons and one Harry Potter and no eating, certainly not each other. Three uneventful hours buffeted not by winds but by six duvets and five bags of ski clothes. 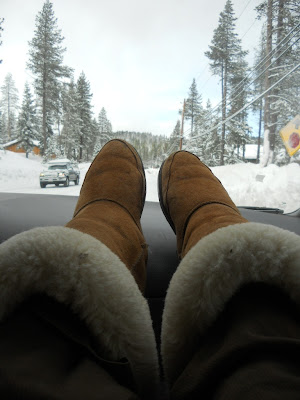 We drew up and saw our ski lease for the first time and it was good. A simple modern-ish three bedroom with a hot tub. All you could want. This will be our home most weekends in the winter. 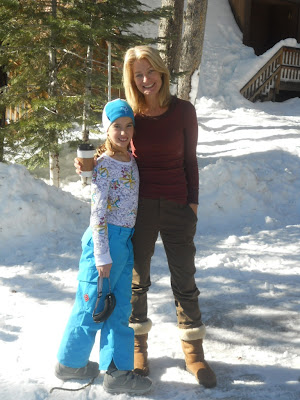 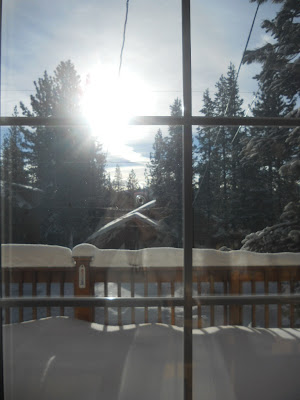 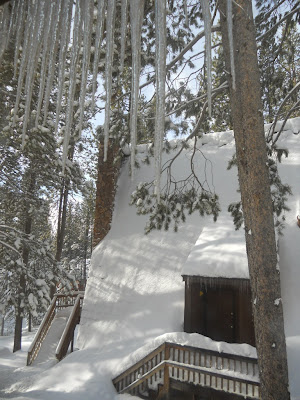 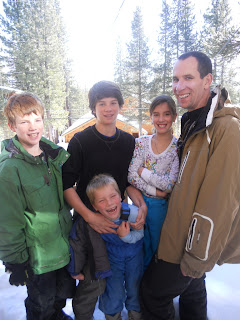 And ever being the good wife, natch, there was no "I told you so".  The myriad of dotcom reports were silenced ...until the 20min drive up to Alpine skislope tomorrow. 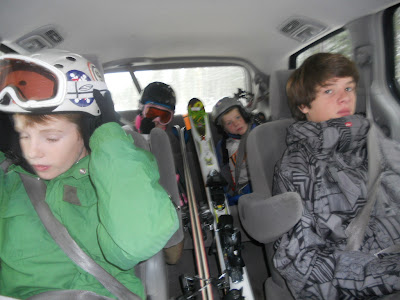 Posted by About Last Weekend at 8:29 PM

Email ThisBlogThis!Share to TwitterShare to FacebookShare to Pinterest
Labels: Rants, Travel With Kids