The first thing you notice about flying into Auckland, New Zealand is not just how incredibly friendly the people are: "How are you? You good? Oh good on you...lovely." It's the signs - many of which are sometimes hilarious, some mothering, sometimes quirky. And how gently but pretty much everything is promoted. And yes there really are wandering Kiwis in Ohope Beach in the Bay Of Plenty where I'm from. 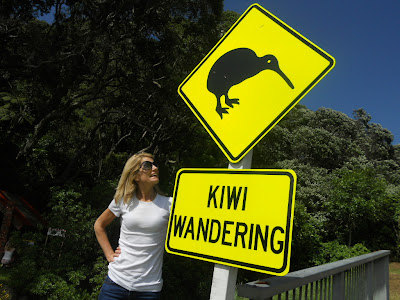 I was coming home for the first time in nine years (except for three days earlier this year).  Only Tallulah, nine, was accompanying for my two-week trip and it was going to be interesting to see how much things had changed.

The first Haere Mae (formal welcome) and Kia Ora (gidday) to New Zealand was this beautifully carved entry with the sounds of bellbirds (tuis). 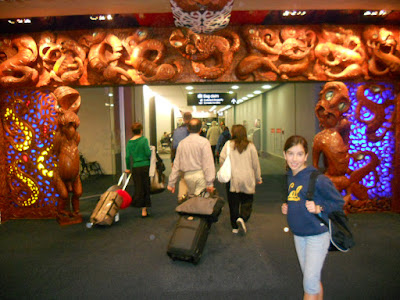 Our first Kiwi in fact had a black wet nose and eyes. This lovable young man was called Watchman, one of the Auckland airport's "Detector Dog Team'. Watchman, the beagle, searched Tallulah's soccer bag - did she ever have fruit in there? - and his handler Liz gave us Watchman's card. According to his card, Watchman's favourite smell is meat. Weirdest sniff-outs? Sausages concealed in a protein powder container. He is a: "big bouncy boy with a soft nature and an eye for the girls". The women behind us explained Watchman's interest in them: "We're vegetarians but one of our friends had a ham sandwich in our bag yesterday." This being New Zealand, Watchman is looking out not just for drugs but fruit and meat which could infect the country. To drive home the point there are posters of pears bitten into the shape of a haunting skull. 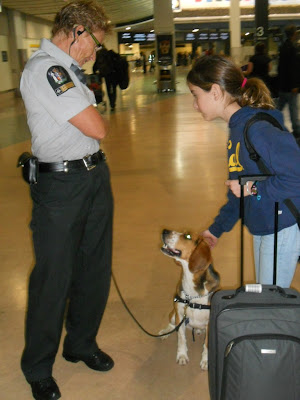 Once through customs my younger sisters Sharon and Pietra were waiting for us, hazy from the early morning - it was only 5.30am.  I ordered my usual double non fat latte in their largest cup and this was my first brush with the refreshingly pared down Downunder, smaller coffees and smaller cars. 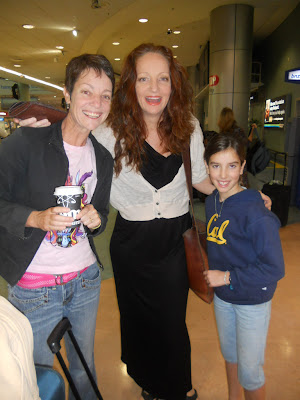 Well, that was true until we stopped mid-way through our three-hour journey through the North Island to Ohope Beach in the Bay of Plenty, at Matamata, Lord Of The Rings' Hobbitown.  We had the breakfast of champions, Tallulah enjoyed her first encounter with "cheerios" little red sausies and I had a corker of a brekkie with the real tasting mushrooms and feijoa green tea. 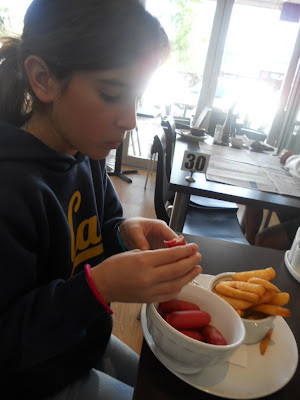 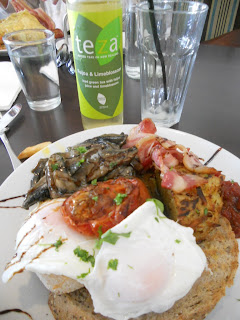 Along the rural highway we saw the many many signs to deter drink driving, with the letters falling off the signs, signs of crosses and flowers marking the places where people had driven off the road and died. As well there were the more consequence of the number of roundabouts you find in New Zealand (and England too). "Merge Like a Zip" was the endearing thing I'd seen.


There are the signs of skidding cars on winding roads,  rocks falling from a cliff, ones telling you not to ruin your day and lose stuff, just lock your door.

And many signs in Maori, including "Buckle Up". 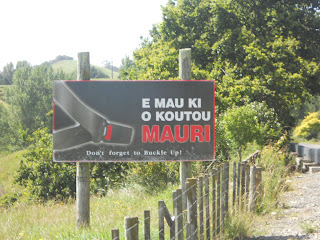 We drive over the hill from Whakatane and we're almost there.  Pietra points out to Tallulah the wide white beach, surfers riding the waves, and we hear the real tuis in the lush pongas tree ferns. The huge Pohutukawa trees clutch the hills almost stately, always touched with red flowers around Christmas time. The Pacific Ocean merges with the land - just like a zip. 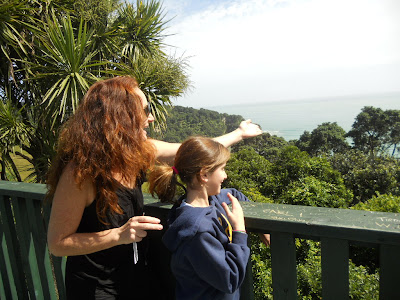 Then the most wonderful sign in the world: Ohope Beach. Home. 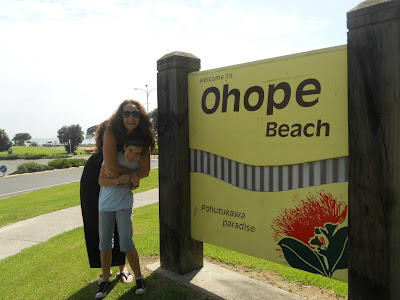 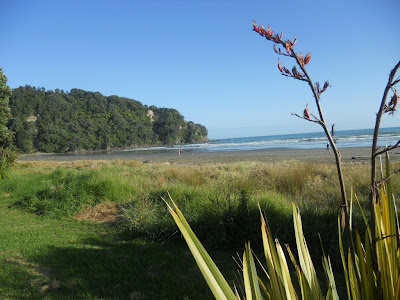 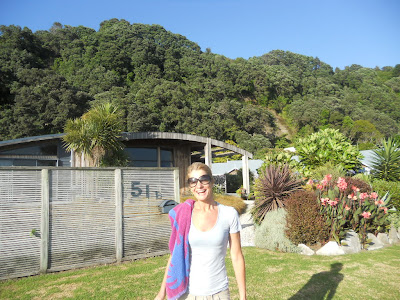 Posted by About Last Weekend at 11:41 AM