Moping was a word my Uncle Bill used to use. "Whatcha doing?" I would ask. "Nothing...just mopin' around." Uncle Bill's kind of moping was not a bad thing, in fact it was a very good thing, a state of utter relaxing and contenting around the house. 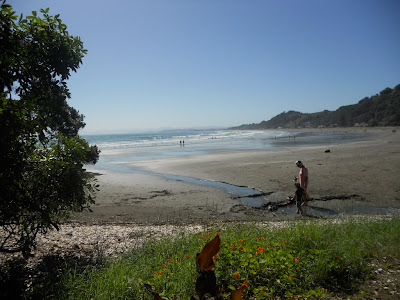 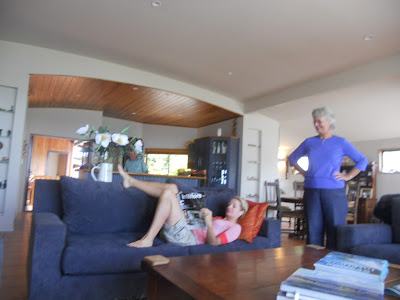 Which is exactly the activity I find myself indulging in at Mum and Dad's house in Ohope Beach, New Zealand. Always on the blue couch. Finding that correct position on the blue couch so you could remain there for hours on end, lifting your magazine up only to see if the sea is bluer or rougher or simply still there. Or whether that skimboarder (below) has fallen over.. 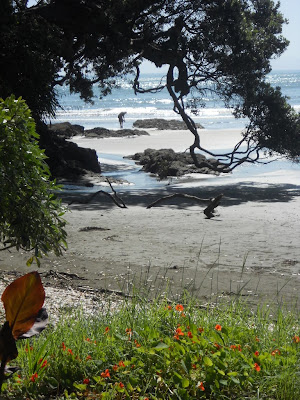 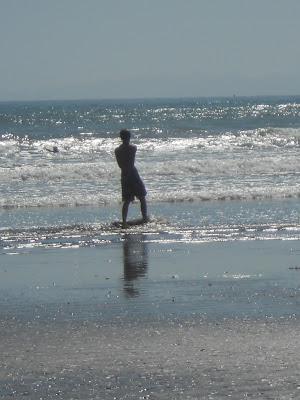 Not being a skite (show-off) but I have achieved utter perfection in my pursuit of sloth over the years. For one, you must be satisfactorily fed and watered before you slip into the boomphy embrace of the blue couch as it's perilously hard to rise again. The hours spent reading Mum's magazines from six years ago - reading an actual book is technically cheating - is only interrupted by the three squares that regularly appear; breakfasts of French toast, bacon and endless slices of toast with butter and apricot preserves. Then lunch of fresh ham, watermelon and arugula leaves followed pretty closely by a dinner of Terakihi fish freshly caught by Dad's fishing friend, Crash, potatoes from our pine tree farm and rocket salad.


Of course my sister Pietra is here too so it makes for a pretty dance to see us vying for the corner blue couch. This is the better blue couch of the two as you barely have to lift your magazine to see the sea, in fact an eyebrow raise would do it.

Mum and Dad's house has a soothing, soporific quality - the reasons for which I have spent many hours contemplating...on the corner blue couch.  Is it the sun, the constant sounds of the sea, Mum's tropical garden, where the plants looked so happy and tended. Or the backdrop of Pohutukawas hanging from the cliff behind, stalwart and stoic. 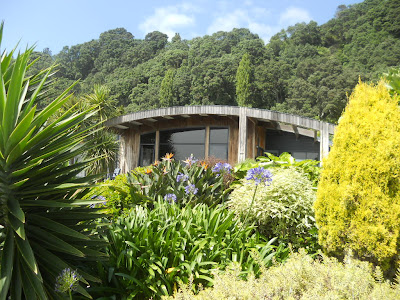 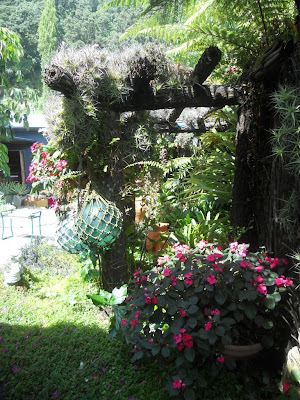 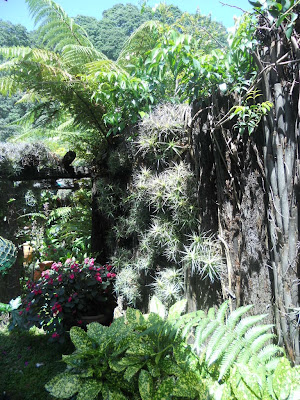 Or is it the underlying sense of order from your parents' household where the baking tin is full, the dishes are stacked into the dishwasher directly you've eaten and fridge is chocka full of meats and marinated things bobbing around in tightly-shut containers.  You know all is right in the world when you see both homemade lemon honey and Essence of Hibiscus Flowers in a fridge. There is no chaos left in your life,  your only decisions now being whether you should imbibe as much Deutz as you did last night. 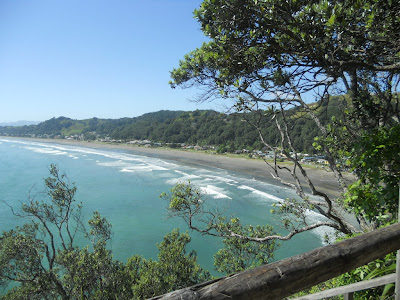 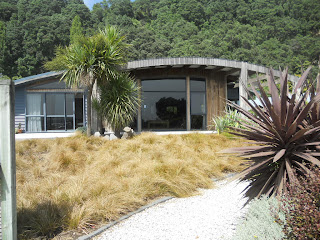 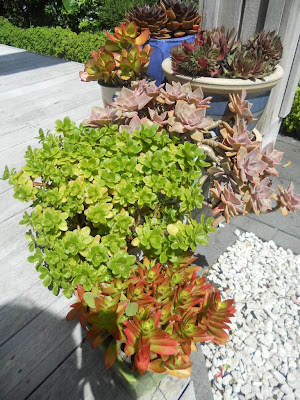 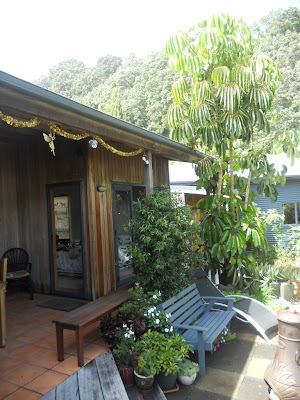 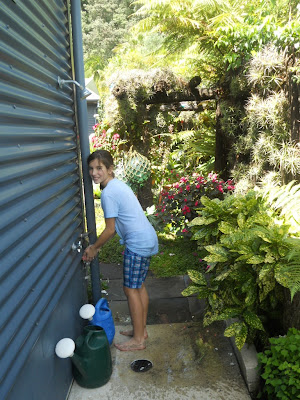 Their house is modern and spare, clad in denim-blue corrugated iron and sea-spray bleached wood. But there is no preciousness about the modernity inside or out. You will find displayed every gift they've ever been given together with all the finds from their travels; the Lladro they bought in France, the wooden apple faces of the old couple bought in Switzerland, the shells from their five years in Papua New Guinea.


Yesterday our arrival and subsequent relaxation was only blipped by the required visit down to the water's edge where Tallulah was initially overawed by the sharp sun and waves.  So she collected shells with Grandpa until she was used to it all. 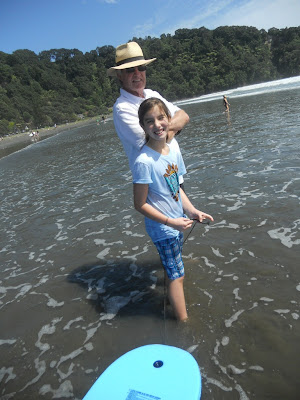 Then I handed out the glossy Hobo evening purses I had bought as gifts. I had purchased a whole box of them and people get to pick what colour they want. I got the idea after Pietra said to me: "I've always wanted one of those evening purses -  but who gets around to buying them?" I'm so happy with my gifts. What do you think? 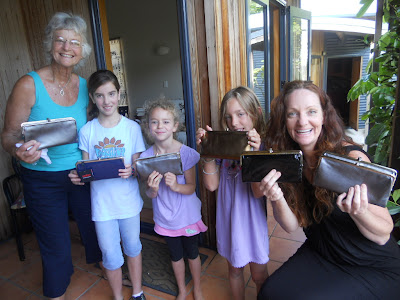 Then we realised I had forgotten Tallulah's swimsuit and so it was over the hill to the discount store The Warehouse, a sort of Cosco of the South Pacific. Slogan: "Where everyone gets a bargain". They were true to their word and I came away with a NZ$20 bronze and flax beach bag and suits galore for Tallulah as well as a very Parisian dress which both Tallulah and her cousin Leah both liked. 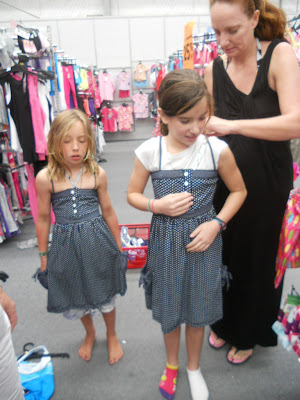 But after all that wild activity it was time to calm down and get back to the blue couch for a spot more mopin'...
Posted by About Last Weekend at 12:07 AM