Kia Ora, this is me, Kiwi Wineau, reviewing wines under $10.
This week we reviewed three reds from Argentina. Which was the best? 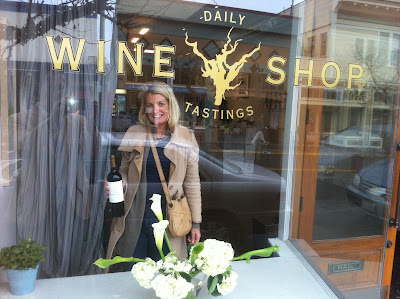 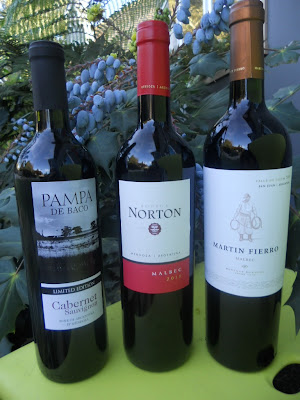 
Discovering Argentinean Reds
They're all the better for the pepper, and plenty earthy.
By Jody Brettkelly

It seems all my friends and family either have recently been or are imminently headed to Argentina. No mystery there: It's an incredibly romantic place of rolling green hills, swooping polo players, stunningly beautiful people, and a bleached-blonde dictator whose rule improbably inspired a Broadway musical and a terrible movie by Madonna.

I was surprised to discover that Argentina is also the fifth-largest wine-producing nation in the world, which means it should have some good moderately priced wines. The first two we found were both Malbecs, a Bordeaux variety that is usually inky and opaque, with moderate intensity. Malbecs are supposed to be fairly full-bodied, with hints of dark berries or plum and sometimes mocha.

First came the Martin Fierro Malbec 2008 from Valle del Tulum, San Juan ($8), which I bought from Vintage Berkeley, a wine boutique in Berkeley's Elmwood neighborhood (2949 College Ave.). This is such a pleasant place to visit — a boutique atmosphere with flowers and champagne in bathtubs, wines you've never seen or heard of, and employees who are truly passionate about wine.

The bottle had a very elegant gold-and-black label, and the wine smelled and tasted of cherries and was very, very peppery. My first thought was that it tasted and smelled of Christmas, which must have been the hint of cinnamon. There was also something woodsy about it all, especially in the strong, bitter aftertaste. It was ultimately too much to simply sip on its own, and would go best with a tasty ribeye steak with a decent amount of fat.

The second wine up was a Bodega Norton Malbec 2010 from Mendoza ($7.99), which I found at Trader Joe's in Rockridge (5727 College Ave., Oakland). It possessed a very strong smell that I couldn't quite put my finger on, and after some consideration we decided it was a mustiness like a gym locker. Hmm. Must be another form of earthiness coming through. There was also a hint of blackberries after a while, as well as other fruits, but it was never smooth. It had less complexity than the Martin Fierro, and was likewise in need of a pairing with strong-tasting meats.

Finally we got to the Pampa De Baco Cabernet Sauvignon 2008 from Mendoza ($4.99), which I bought from Uptown Oakland's Grocery Outlet (2900 Broadway). The Grocery Outlet has some amazing bargains if you know your wines or don't mind taking what they have that week. This wine was definitely not a full-bodied or complex Cab Sav, but was inoffensive and smooth enough to sip on its own.

Of the three, the Martin Fierro holds the most appeal. But all of the bottles need to be opened for at least an hour beforehand to deepen the fruit and ease out the earth ... well, the gym socks anyway.
Posted by About Last Weekend at 11:33 PM