Though all that smoke, blood,  spikey boots and fire at Oakland's Oracle Arena she truly saw me. She saw the 49 year-old mother of four who'd spent all day grocery shopping and carpooling... who could totally be one of her muscled, lycred, shaved-headed back-up dancers. 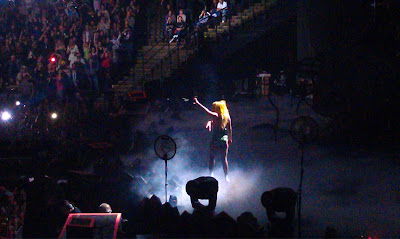 And she saw the 17,999 other people there: the Brazilian guy in front of us in the plaid shirt who danced with abandon with night; the 11 year-old girl to the side of us wearing neon pink socks, yellow wig wobbling round her head, her Dad smiling over her; the feather-hatted Sorority girls in front of us; the leather guys with chains and studs; the women in white face and sparkly hats.  Lady Gaga saw us all and knew who we really were. 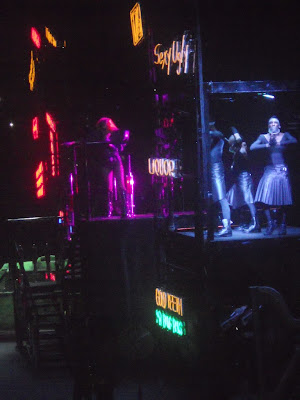 That's what makes her a star. Because just for that hour she made us believe we were superstars.
After "Just Dance" she yells: "Tonight in Oakland, you're gonna be super-free little monsters! All the freaks are outside and we've locked the doors!" 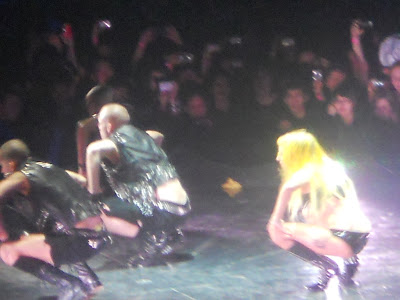 And she did not lead gently."Put your paws up Oakland" she yelled: "I'm gonna kick your a**" 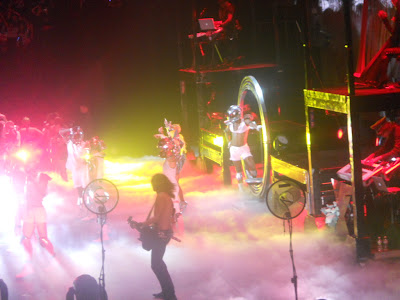 We waited until 10pm for her. Spotting her silhouette a scream went up and Lady Gaga took the stage. The most shocking thing about her was not the blood on her chest as she rolled about in a bikini, it was her voice which is even better live; strong, beautiful, always on key and so nuanced it sounds like she is singing in studio. Listen to Lisa's iPhone recording and see what you think...


Also shocking is how incredibly tiny she is, minute. She said she was bullied as a child and told us to ignore anyone who told us we were not superstars, or too fat, or too thin or too weird. Gaga called someone in the audience on her cellphone and waving an huge flashlight she started casual conversations with random people on the edge of the stage.

The joy of the music and dressing up was freeing for many there. I had thought about borrowing my friends' meat suit (Yes! I have a friend with a homemade meat suit) but ran out of time and settled for gold heels and Halloween jacket. Kenny arrived in The Hat and Lisa and Peter picked us up. 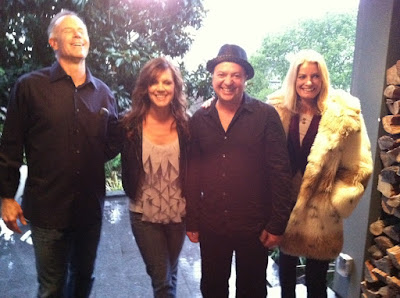 There were those who had spent many hours in hair and make-up with stunning effect, like this statuesque Gaga in front of us in line. 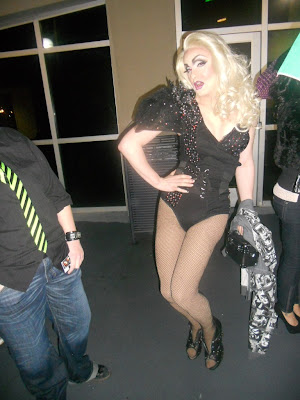 This one woman had spent many hours making these gold and black hexagonals: "They just keep falling off" she sighed. 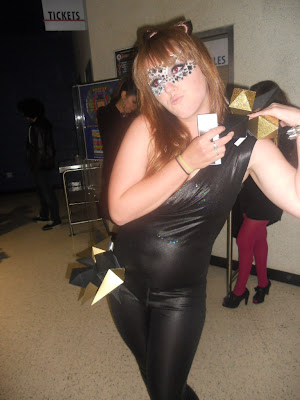 Both men and women enjoyed wearing the curler and police tape look. 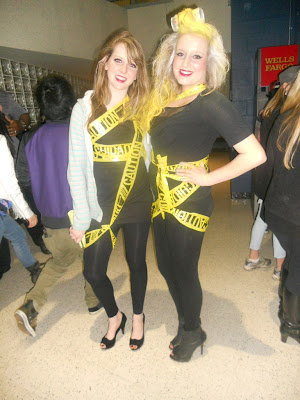 There was blood splattered on every item of clothing including the highest of pumps... 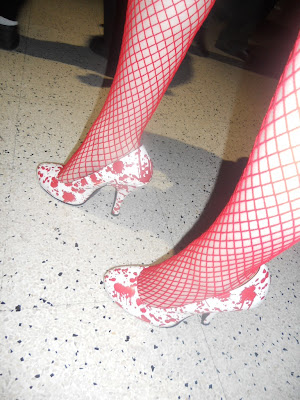 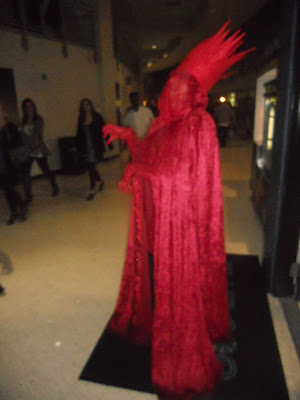 A lot of skin was bared.. 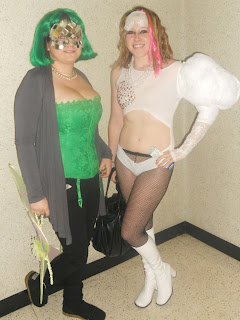 C'mon, have a picture taken with us, said these two sweet guys. Love how Dad and daughter are laughing in the background. 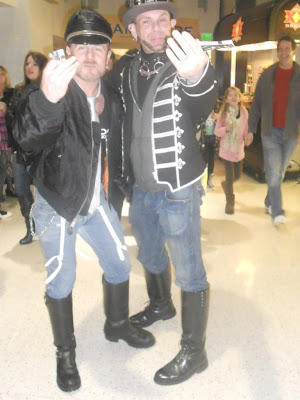 Everyone was happy to have their picture taken. 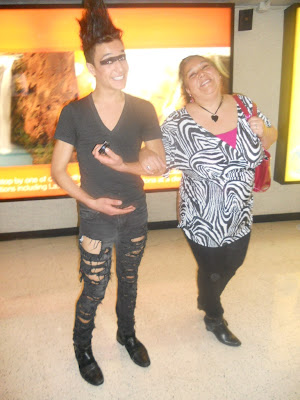 Loads of perky wings bumping us here and there along our flight path... 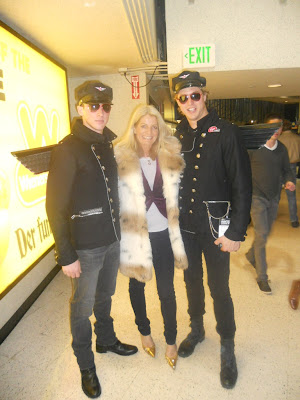 I may have drawn a little too much attention when taking some of the pictures. 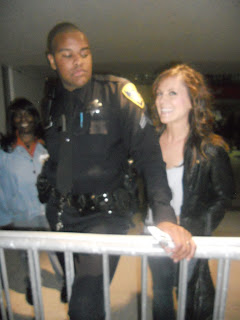 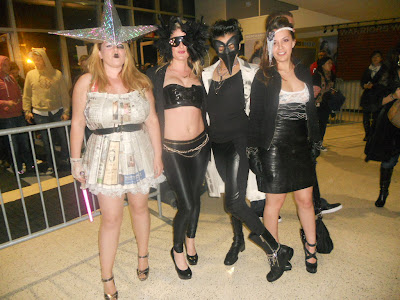 and marveled over this fantastic frock and how it had taken her three days to pleat all these newspaper pages from the Sonoma News... 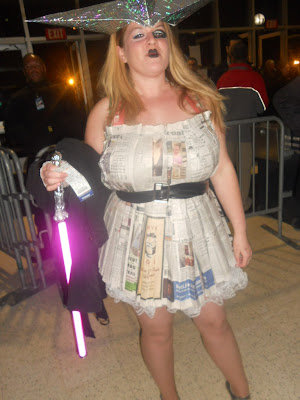 ...I was yelled at by one of the security guards: "No Cameras!" (Despite everyone snapping and flashing all around me). He took my camera and ordered me to take it back to the car. I wasn't sure where we were parked and another guard whispered to just wander outside for a while, stick the camera in my pocket and walk back in. Not taking any chances I hid the camera in my underwear.

Bizarrely a total surrender to the Monster Ball was the best good clean fun I've had in ages.
Posted by About Last Weekend at 10:53 PM