As dusty old sherry finally shuffles off the shelf - I can reveal Miss Marple's tipple of choice is finally hip! Er, sort of, my dears...

How lucky I've been to write about two of my favourite dames in one week; first Lady Gaga and today Agatha Christie's Miss Marple, the super-ist sleuth who ever lived in The Vicarage...or nosy old busybody depending on who you're chatting to in St Mary's Mead.

The New York Times wrote last week that "fuddy duddy sherry is taking it's turn as the new hip thing." Apparently the drumbeat has been heard in small specialty shops, in restaurants "where ardent sommeliers hold sway and in bars mixing high-end cocktails...Not a fever, mind you, more of a mild warmth." That's New York - but what about the drinking Zeitgeist right here in Oakland?

My friend Mike and I headed out to two local tapas place to unravel this little mystery.

Sherry is a fortified wine made from white grapes grown near the town of Jerez, Spain where it is called vino de Jerez. Sherry is an anglicization of Jerez. In Europe all wine labelled "sherry" must legally come from the Sherry Triangle. And most sherries are initially dry with any sweetness being added later.

According to some reports sherry has been pretty much "under-appreciated" since Shakespeare extolled its virtues 400 years ago. "It ascends me into the brain" he declared, affording him a "warming of the blood..." and "Illumineth the face". Much later it was Miss Marple's tipple of choice after a fox hunt or dribbled over a Christmas trifle. It remained a dusty alternative for reading by the library fire and descended into cheap plonk for Seventies households.

On Piedmont Avenue - a little village of tzotchke shops, vintage stores and hip eateries - Cesar Latino has a choice of 12 sherries. Matt, the bar manager, says it's not ordered that often as it's still seen as a drink for the older generation. "It has to be hand-sold by someone who knows about it as opposed to something like vodka that sells itself". Americans prefer dry drinks and by-pass supersticky sherries, though bartenders are beginning to use it in cocktails, he said. 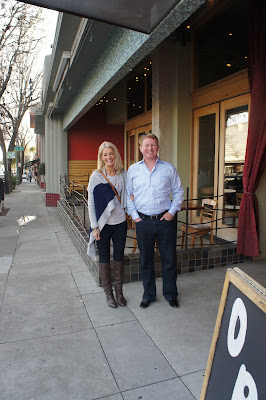 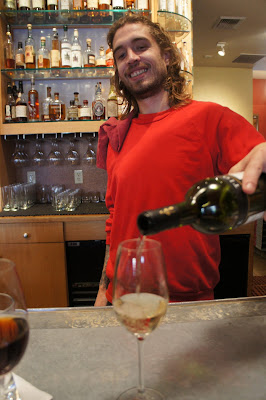 First we tasted a 20 year-old NV Oloroso Corregido Sandeman from Spain ($10), the classic red dessert wine. Friend Mike said: "It has a sweetness that lingers but it's not icky sweet, more like a tawny post. It gets a little oakiness from the aging. I thought it tasted a little of dates.


Next we sipped a white Tio Pepe Jerex Xeres Palomino Fino. Bar manager Matt commented: "This is pretty esoteric, you've got to know this and mostly it will be used for cocktails"


Friend Mike thought this one was "cleaner, little minerally, almost like a grappa, leaves some heat on your mouth. " It smelled herbaceous, almost medicine-like. I could detect apples. 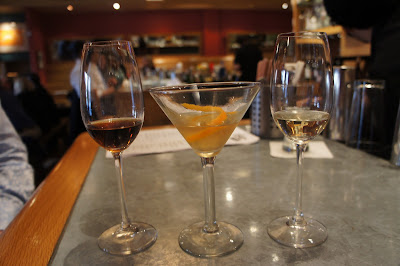 Matt, the bar manager used the Tio to make us a cocktail with mescal, smoked agave, cherry liqueur and orange rind which tasted fresh and complex. 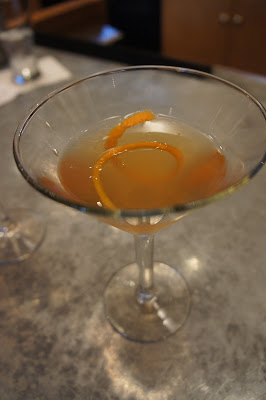 We thought the red sherry would be good with blue cheese as a finish or aperitif while the white was too austere to drink by itself, more pleasant in a cocktail.

In the edgy Temescal area, Barlata offered five choices of sherries on the dinner menu which were drier and made to drink with tapas. There was also a range of sweet dessert sherries. We were recommended the white Tio Pepe fino ($6). After a huge serving of seafood Paella we found it dry and chalky but more interesting than the previous Tio. 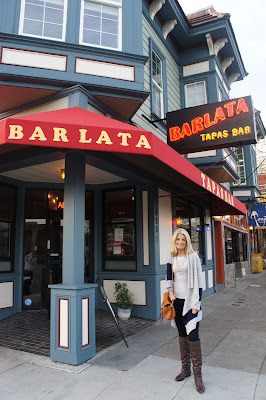 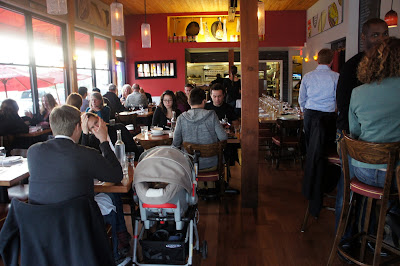 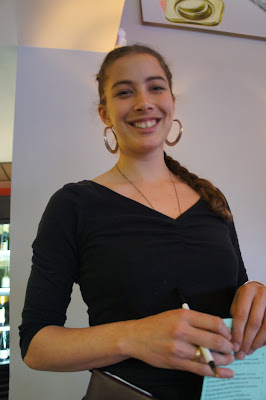 In the end the two chalky whites sherries we tried were better used in smoky cocktails using darker liquors. The traditional red sweeter sherry  - dare I say the Miss Marple one - was still the most endearing. Well, quite.

I came home to uncover on the electronic typewriter the most wonderful sounding cocktail through LostPastRemembered. A mixology manual from 1869 (yes!) called Cooling Cups and Dainty Drinks  instructs to mix sherry, cherry "shrub" (juice), soda (but try ginger ale), a squeeze of lemon and ice.

Just one sip and the mystery of sherry will be revealed, my dears. Case closed.

Read the edited version of this article in the East Bay Express
Posted by About Last Weekend at 6:11 PM