Whilst examining the bananas at the grocery store yesterday - as a good housewife does -  lo and behold there on the magazine rack was Kiwi friend Kate on the front cover of style bible Dwell . She and architect husband Jed are pictured at their stylee beachouse, which you may have read about on my blog when I was back in NZ in January. So...and I've always wanted to write this...you read it here first.


Congratulations Kate and Jed!  So here is my blogpost from January. Is it green - or just lazy - to re-cycle posts in Blogland?

The new New Zealand bach
For those who don't know what a "bach" is,  take off your jandals (flip-flops), grab a fizzy drink (soda) and put your feet up...you're in for a treat. A bach, pronounced batch and called a "crib" in the South Island, is essentially a small beach house. But it's so much more than that really, it's been an iconic way of life for Kiwis for decades. Back in New Zealand I thought - how the wee bach has changed! Or...has it?

In the olden days, come Friday night you'd pack your chilly bin (cooler) and head for your cottage on the coast. It was probably pink or yellow wood with a tin roof which made it boiling in the summer and noisy when it rained but it's all hunky dory. Maybe outside loos and no running water. Inside there are Formica tables, vinyl floor tiles, a Hamilton milkshake maker, bunk beds galore and nothing that can't get heaps of sand and salt on it. And a big lawn out the front for all your rellies (relatives) to park their tents and caravans. Just grab some TT2s (Tip Top ice-blocks) for the kiddies from the corner diary (store) and ice for your supersonic GandT's and Bob's Yer Uncle! 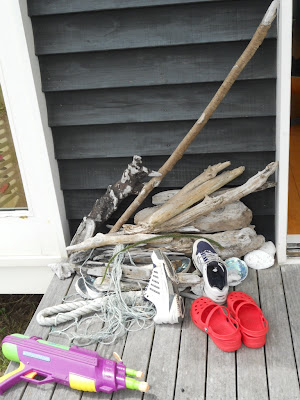 My friend "Jed" ( Gerald Parsonson ),  now a respected and admired architect, designed his own beach house (pics above and below) for his family of five. It's stunningly modern and colourful. But what impresses is also how understated and unpretentious it is and how very comfortable. You feel immediately at home, not constantly fussing about the sand on your feet or what you are wearing, which surely is just how it should be. What's also amazing is that it was built ten years ago and still feels so surprising and fresh. 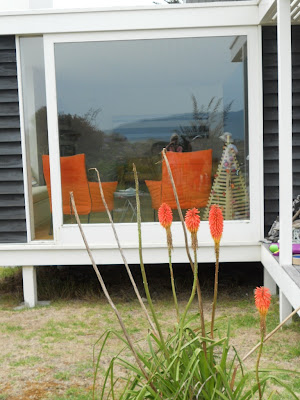 Jed was still out fishing, so his wife Kate showed me around, laughing at all my manic picture taking and all my "ooh" and "aah"ing. The lower cabinetry in the kitchen is orange with the upper shelves open. Many walls are white but some are painted the blues and greens of the ocean. 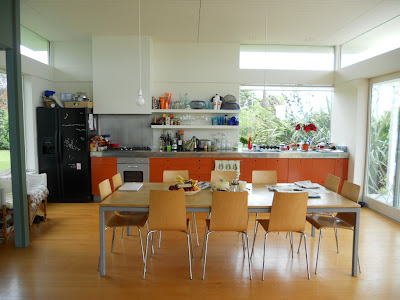 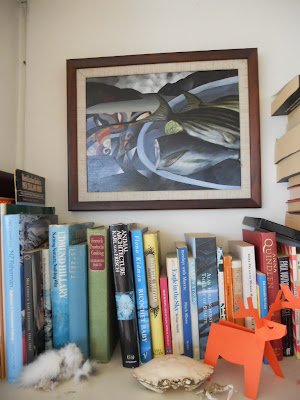 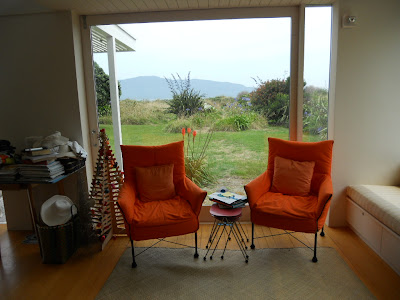 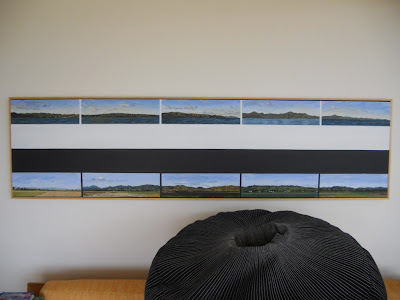 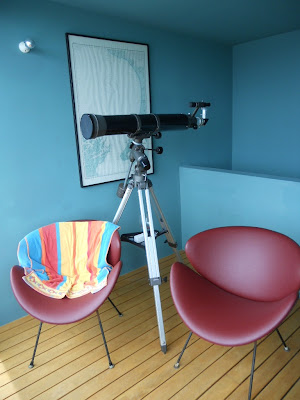 The hallway to the three bedrooms at the back features dramatic red stained glass and the bathrooms use corrugated iron, concrete and steel, with amusing touches such as this old photo of the Royal Family. 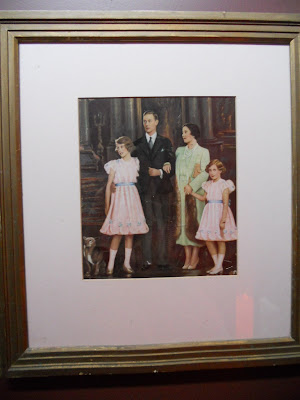 Another treasure is out the back; a separate wee house with four bunks, Foosball and a shimmering corrugated iron bathroom. 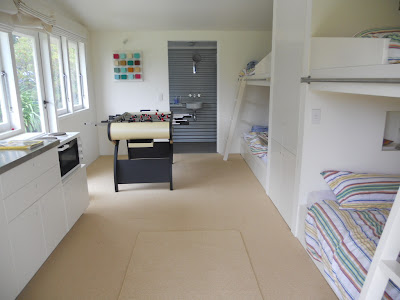 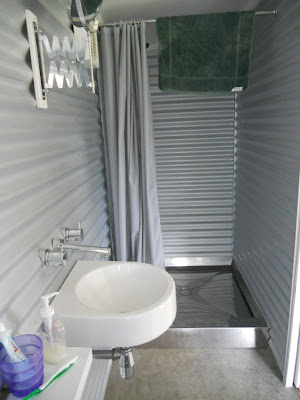 I wander back down the beach to where I am staying with my childhood friend Helena. Her bach has retained some of it's old Fifties vibe, with photos from that era and mid-century furniture gathered from auction houses, friends and curio stores and re-covered in sky-blue and stripes. 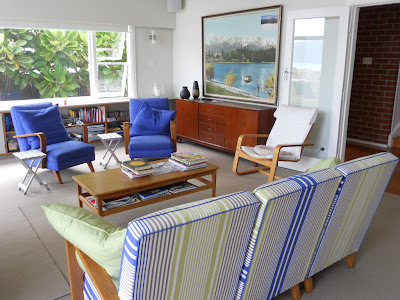 Outside with views to the protected Kapiti Island, these reclaimed-wood chairs and table are still wearing the rusted chains and iron parts of their old life. 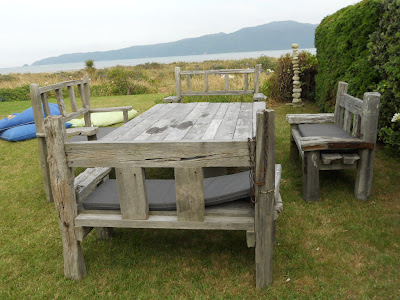 Posted by About Last Weekend at 11:07 AM