On Sunday, Jackson, 12, went off to his first week-long sleepaway camp. We were asked to send a letter which would be given to him today. Here is my letter. (And thanks to Vix of Vegemitix for reminding me how much we need superhero costumes in our lives.)

"Dear Jackson,
Remember when you were little - from age three until just after you started elementary school - you wore a superhero costume every day? How many of those costumes did you have? Superman, Batman, Robin, The Green Goblin, we had two boxes full of them and you wore them all.

It still makes me smile to think of your skinny little person climbing into one of those get-ups. I would tie it at the back and fix the mask over that wiry red hair of yours. Somehow, seeing your freckly nose poking out of that garish fabric and a peek of your crooked smile, all was right with the world.

The funny thing was, you were incredibly shy, quiet and self-contained and you disliked the attention it attracted. "Superman!" people would call to you all day, everyday: "Look at you! Superman! Oh boy - we're all safe now!"

You shrank from those well-meant calls: "Why do they think I'm Superman?" you once asked genuinely puzzled: "Can't they see it's just a costume?"

I have wondered for years why you wore those costumes every day for two years. You weren't trying to be Superman or Batman or Robin, you didn't like the attention, so what did those costumes mean to you? 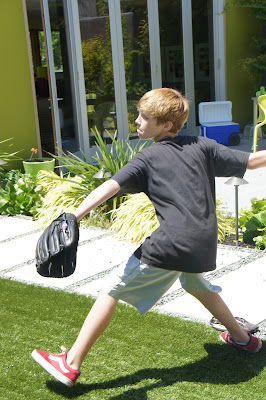 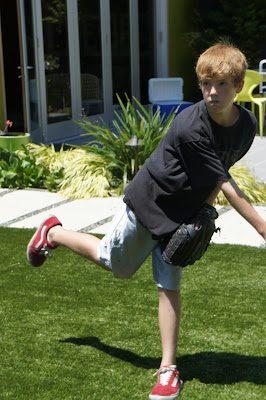 You suddenly stopped wearing those costumes a couple of weeks after starting elementary school. We could never find out why.  Just recently you finally told me that one of your friends had said: "Jackson, we're at Big School now. You need to stop wearing those costumes. That's baby stuff." I was really sad when I heard that. It was too late to tell you that many grown-ups I know would love to wear a costume every day. That it wasn't costumes that made you special, it was the fact that you had chosen to wear them.

Maybe that's the thing; you knew you couldn't be Superman but the costumes were somehow protecting you from all that the big world could thow at you.

Jackson, I wish I could fold you into one of those superhero costumes again...and nothing from our human world would ever bring you harm.

Posted by About Last Weekend at 1:49 PM