It was 7pm on a Monday night...I had cooked two large salmon, ten marinated pork loins,  mixed three bucketloads of salad and arranged cookies and chocolate. The table was groaning with an array of wine and I agonised whether the highly-rated Australian Cab Sav called Ballbuster set the wrong tone. "Wow" said Harley, 13, helpfully: "No one here yet...just as well I like salmon."

I'll be honest - it was tough to stir interest in our fundraiser for Oakland's Mayor  Jean Quan. You might have met Jean here and here. She is a hard-working do-er, a "civil servant" not a politician, who has given back 25% of her salary, $46,000, because of the budget crisis. I wanted to host this evening as Jean was left with a $100,000 debt from her campaign.

By Friday, Evite told us we had 15 yes's and 110 not replied.  We had hoped for around 40 guests, raising a total of about $4,000. Kevin spent two hours walking the streets with the kids and talking to neighbours. On Sunday I spent four hours knocking on more doors. Our friend Sally sent out loads of emails and knocked on doors in her neighbourhood. But there was no way of knowing if people would actually turn up. (And thanks for your advice - calling people and talking face-to-face is the best way. Plus people do reply on the day.)

Oakland is a suprisingly beautiful place to live; 12 minutes across the bridge from San Francisco, three hours from ski mountains. It's a city with world-class restaurants, a soulful arts culture, glittering views of the Bay and lush walks. But also: senseless shootings, heart-breakingly poor schools and a bog of debt. Do you want to hear about this again on Monday night...or watch telly? 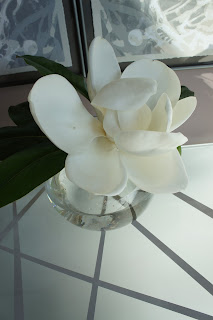 Even if, as Julie one of friends from London, says: "She's an historic figure, the first American Chinese woman to be mayor of a major US city." 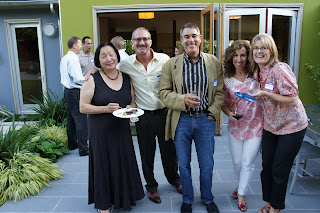 In the end, we were alright on the night - 45 neighbours turned up including retirees, health workers, at-home mothers and owners of solar, software and electrical companies. The sun shone in the backyard, most of the food was eaten, we raised nearly $4,000. If anyone was appalled by the Ballbuster wine, they didn't say anything. 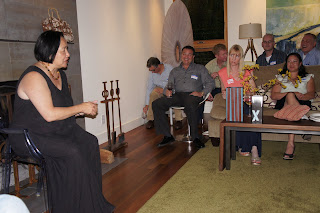 During the electoral campaign, Jean Quan intrigued with her all-business-all-the-time intensity and her "wonkish" manner. It was her lack of slick that appealed. However, at the party, some felt she could benefit from media training to inject more dynamism and conciseness into her presentation, especially as Oakland is trying to draw big retailers and investors.

She spoke about how all of our unions had agreed to contribute 9 percent of their income and she was positive about her trip to China and Las Vegas to attract investors.

Wendy Wheeler liked that Jean was "pushing for a Shanghai-style night market in Chinatown, which would bring more people downtown to spend money."

Some felt Jean should have asked for more input from the audience. Kevin Dobbs said: "Jean may be very capable but she can’t run the city on her own, she needs to get more of the citizens involved. I think it's admirable that she wants to interact and work with the underprivileged communities but if she really wants to improve and move Oakland forward she must engage with the citizens in the Hills and all of small and medium-sized businesses. Not sure if she is comfortable doing that. Probably one of the reasons it was tough getting people to attend this."

Another said: "I came away more impressed with Jean but didn’t have a real high bar going in. She is taking small steps but really needs to have a grand vision. We need a 25-year plan. She only has 8 years."

How does she see Oakland in 25 years?  Next morning, on the way to camp my kids sang: "Then I detour, Oakland out to Auckland" from the current constant-loop-on-the-radio song The Show Goes On. Could Oakland ever be the Auckland of the Bay Area, a multi-culti playground of shops, shine, water and fun?

Hardest working mayor in the country. But will hard work be enough, some ask. I really don't know...this is the woman who was underestimated by her election opponent, a powerful politician with $2m to spend. As the song says, she keeps "letting 'em know."

Raise them til your arms tired, let em know you there.
That you struggling, surviving that you gon persevere yea
Aint nobody leavin, nobody going home
Even if they turn the lights out, the show is going on -
Lupe Fiasco, The Show Goes On