Last week Tallulah, 10, flew off by herself for a week in New Zealand.  Of course, part of her tribe was there to greet her in Auckland - my two sisters, Sharon and Pietra and her cousin, Leah.  "The Poncho Brigade".

Brettkelly women love a good poncho. What's not to love? They're warm, groovy and your arms are free just in case you need at a moment's notice to; conduct an orchestra, play polo with Prince William or just raise your champers glass just that wee bit higher for a toast. Our exhaustive research has shown that ponchos are equally at home in Oakland, Ohope Beach, or sailing on the Seine through Paris. My sister, Pietra, even invented the "Pom-Pom Ponchette" a small but surely vital addition to anyone's clothing portfolio.

When we dropped Tallulah off at the security gates in San Francisco, Kevin was very sad. Tallulah grabbed her new wheely bag, gave a cheery wave and...never looked back. "You'd think she'd be a little worried" Kevin said "have a little bit of a wobby lip..." (with a bit of a wobbly lip himself). We saw the heel of her sparkly sneakers and the back of the "Muffins Are Just Ugly Cupcakes" sweatshirt she'd nicked from Jackson... and she was gone.

My sister Pietra and Mum called us from the other end, Auckland: "From now on, we are always travelling as 'unaccompanied minors'" they said. Tallulah sped through security, got a whole row of seats to herself and the constant attentions of a very fun staff. She handed out all the candy ensuring a moment of fame and arrived at her destination with bagloads of the stuff, thus further popularity.

As usual, our drop-off at the airport was eventful.  However much we plan ahead, chaos always ensues at airports.

Once, three hours before a trip to Mexico, we realised that two of the kids' US passports were expired. They have British passports, but you can't use them to travel if you expect to return to the US. There was nothing else for it. We had to turn up and hope no one checked the rules. Without any prompting, the kids started a massive fight creating a huge diversion, the staff ushered us through and it was sweet "Hasta Manana, baby."

Upon returning to San Francisco, we were ushered to a small room to be interrogated. The two "British kids" could not enter the country without a permanent resident visa, they told us. We had our reply ready: "No worries, just keep them here until we get back in a couple of days - could be a week - with their new passports."  They must have known that would be our answer because they let us through and even excused us the $7,000 fine.

Last week we turned up at 5pm for Talluah's 9.45pm Air New Zealand flight. People were aleady lining up and there was an air of strange rustling unease. 40 people had been bumped off a United flight, some had spent the night on a chair at the airport and they were joining Tallulah's flight. But would there be room for everyone? Like a rumour about a loaf of bread at an Iron Curtain bakery, panic was spreading... As it turns out, once we got to the counter, we had bigger worries -  Tallulah's passport had expired. (Hmmm, I did wonder why it had holes punched in it.)

A frantic taxi ride home to get the right passport... 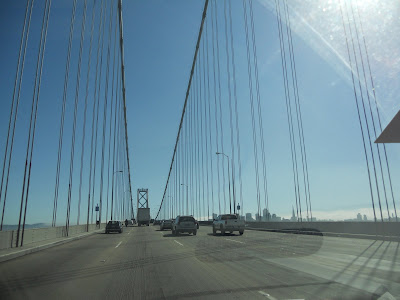 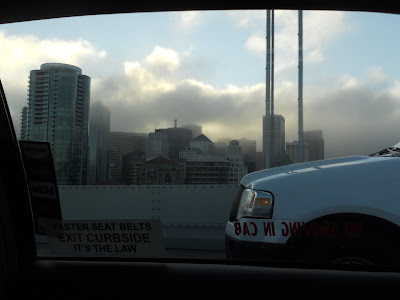 ....and we arrived back in time to find Tallulah's escort, Angela, waiting at the departure desk.

We recognised Angela from last year when she escorted the boys to the same flight. I started filling Angela in on our expired-passport-taxi-ride drama adding: "Do you recognise us? You took our sons Harley and Jackson last year?" Kevin started to reminisce, how he had forgotten to bring his passport identification to pick up the boys, when she cut short our ramblings:  "I don't know anything about the problems," Angela said, adding quite kindly that she didn't recognise us. "I am just concerned for the safety of the child".

Hearing all this, Tallulah extricated herself from the purgatory of her hopeless parents and moved swiftly to Angel Angela's side and into the safety of security lines.

Posted by About Last Weekend at 6:05 PM