One very New Year's thing I do every day, every week, almost obsessively, is purge. Clear out that Vesuvius of effluvia that fills the kids' backpacks, the car, our wardrobes and drawers and the mudroom. Clothes and shoes that haven't been worn in a year and books and magazines that are read are given away to friends, family, to the cleaners or charity. I just gave away a bag of belts that I never wore. (Remind me never to buy another belt. I dream of accessorising but never do).

Yet after visiting my parents in Ohope Beach, NZ, I wonder if I'm fooling myself. Mum and Dad's house always looks open, fresh and modern and yet everything has been in the same place for decades. No gift is re-gifted and each thing purchased has a place. 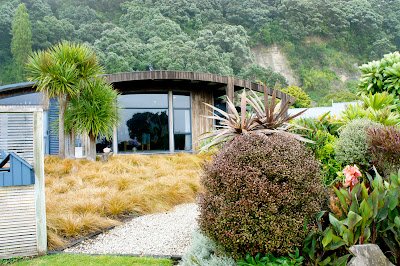 Outside, every potted plant Mum has been given is there and still alive.

In my parents' house we sip from the same blue and white teacups. And look at the same Limoges and Lladro figurines they bought while camping around Europe 32 years ago. The dresser, table and chairs are made of wood shipped back from Papua New Guinea where they lived for five years.  The apple-cheeked little old man and lady bought in Switzerland are there on the wall. The dark green and brown oil painting of a paddock scene was painted by my grandfather 40 years ago. The porcelain blue porpoises, a gift from golf friends 15 years ago, are still cavorting near the bathtub. The old family photos are there on the walls, always comforting.

In the garden all the other presents and found-treasures are there; the swinging teacup, the cloth-capped newspaper boy, the concrete birdbath, the green glass balls. Everything looks just right sitting there.


In contrast I am always furiously shedding stuff. Nine years ago we arrived in Oakland from Notting Hill, London with only our luggage. We had given away or sold everything else. "How can you denude yourselves like that" said one friend. It was, as promised by all the keep-it-simple magazines and organisational experts, very freeing.

I pride myself on not going to "Big Box" stores. You step into those places and spend $500. (On what, who knows?) We have two cooking pots; I burnt the other two and never replaced them. We gave away our coffee machine years ago as I buy my one daily latte. We don't have baking sheets or gadgets; as you might know, I do assemblage rather than cooking and baking and I don't keep things on the bench. I deliberately chose a smaller closet in order to limit my clothes spending.

But I may be fooling myself this shedding is somehow eco, selective or quasi-monastic. I suspect I'm still buying as much stuff as many others. But by not keeping things, I don't have to live with my mistakes or past choices. And somehow, now I'm making it into a virtue. Oh I'm such a self-delusional non-accessorising person.

Which one are you: an inveterate clearer-outer like me, or a keeper-and-placer like my mother? Or something in-between?

Our Giveaway this month is a beautiful cashmere-blend scarf (5.5ft by 1ft) from one of my favourite Ohope Beach stores, 4Art Sake which you may have read about here. Simply leave a comment and, as usual, you get an extra point if you Tweet and-or Facebook the offer. The winner will be drawn randomly next Friday 13 Jan. I bought one of these scarves for myself six months ago and it's deliciously soft. 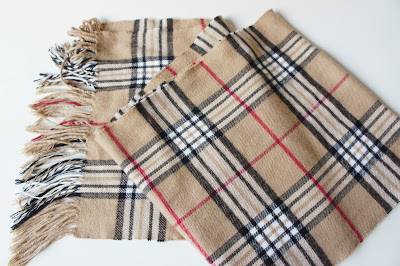 Posted by About Last Weekend at 12:32 PM