I have never suffered from Writer's Block...I'm sure some people wish I would. The opposite actually; I always overwrite and give in the urge to diverge. That's why I was looking forward to a sharpening day-long novel writing class on Saturday at an old Spanish home draped with vines - lunch and wine included (see I didn't need to include any of those four last things...) 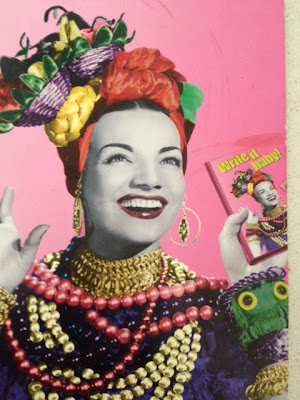 The teacher  Ellen Sussman, is a New York Times bestselling author, not someone I've read, but I found her fun, fabulous and efficient with her advice.

The other 11 students had written a novel or were well on the way...their novels ranged from memoirs of sad childhoods, baseball adventures and a varied sexual life in San Francisco including group sex (which I didn't know they had anymore). I long ago realised I will never write a novel - I can describe the character but I can't get him across the street - but I thought this would help my journalism.


One of my challenges during the day was to stop myself blurting. After 10 years of being a stay-at-home-Mum I have the attention span and impulse control of a knat. One woman described a scene where the main character throws wine at another woman. I wanted to blurt: "But that's a famous Real Housewives scene! It's even been parodied by Tina Fey in 30 Rock! Don't include that!"

This is what I got from the class:

A different kind of Writers' Block for me: an early morning start and an hour and half drive to get to the class followed by sitting for a long time... by lunchtime my stomach had swelled to six month's pregnancy size. Lunch was quiche and the combination of eggs, cream and pastry served to extend my stomach further with stabbing pains. (I knew this would happen - the quiche just looked so good.)

Essential flashback - traveling in Europe (white bread is the ultimate evil) all my Kiwi friends found the only way to relieve oneself of Block, the non-artistic kind, is to make a long-distance call home. So once I got home from the writing class it was: "Hello Mum?"

Don't worry....I'll hurry out quickly before the end. Have you ever thought about writing a novel?


Posted by About Last Weekend at 6:52 PM