Back in Castrojeriz, a ridonculously perfect castle town carved into a stone mountain, we happened on a real gem of a place to stay. A 19th century home converted to a hotel with ten rooms, It was like staying in the home of that wealthy chic friend that you havent yet met. 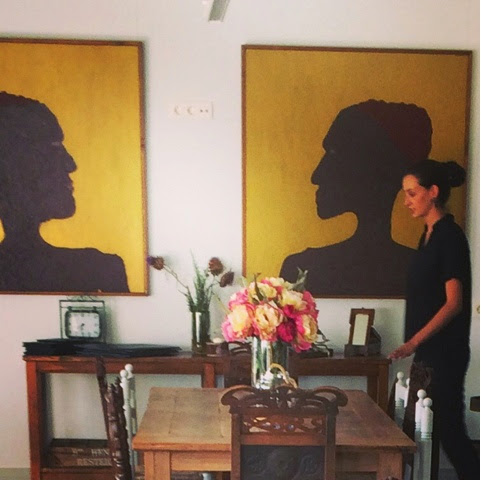 We had spent a couple of nights in thin-walled places, Kevin had a bad cold and we needed a good night sleep, so it was time to have a little splurge again. Here's a visual of me walking into town. 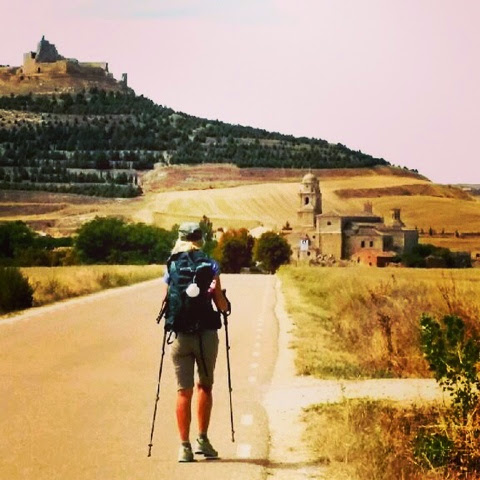 Here's your table by the window... 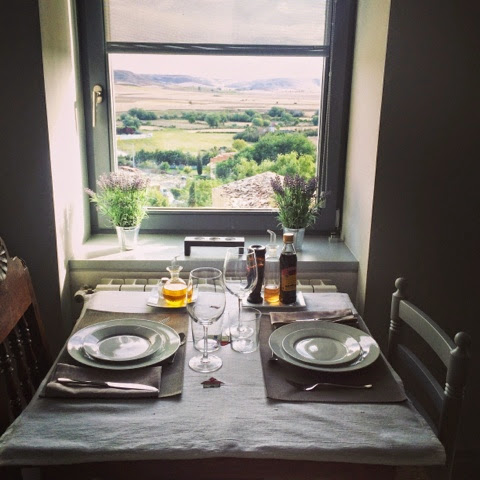 Yes but before dinner let's have a gin and tonic on the deck shall we? Tanquerey good for you? Home made hummous and local cheeses? 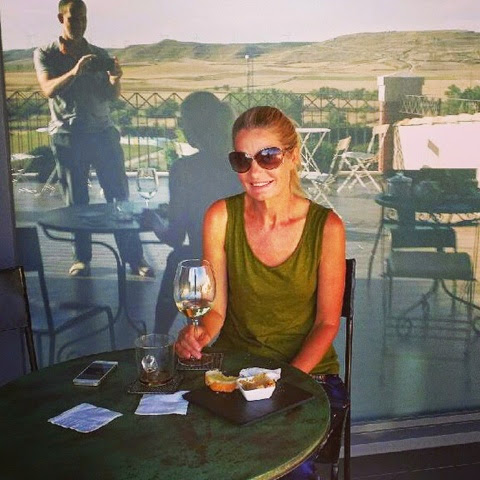 Carmen cooks in the sparkly kitchen. 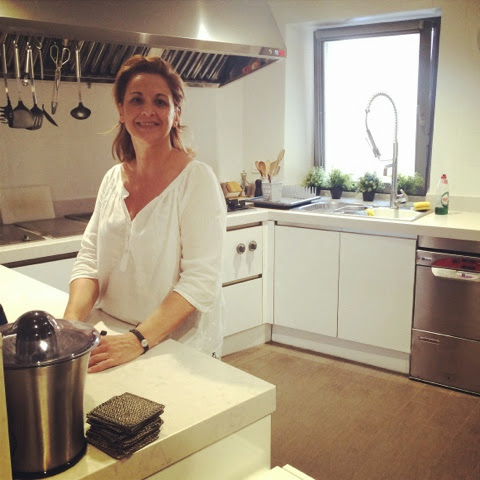 And Rachel did our laundry and showed us around the house...(Lovely women, they could not do enough for us!) 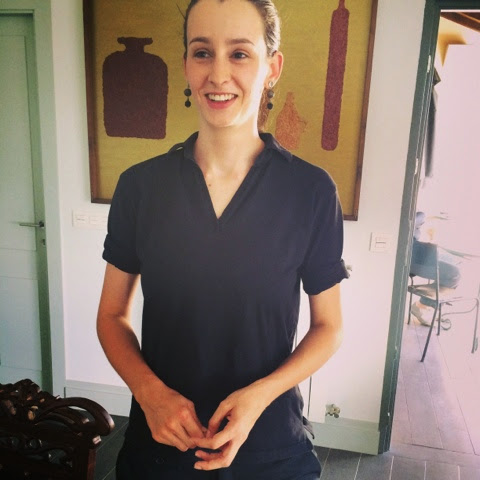 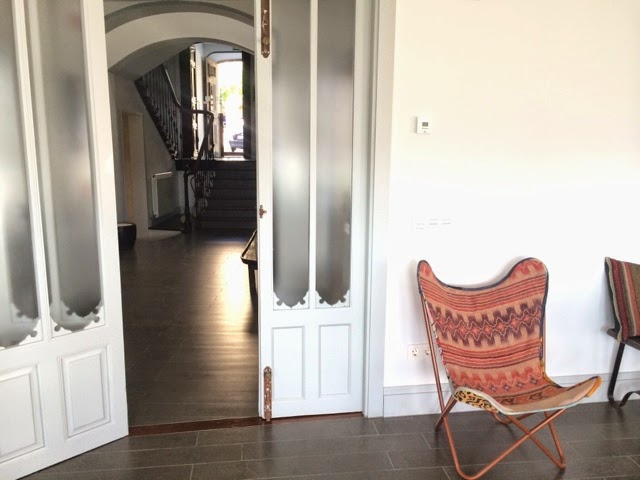 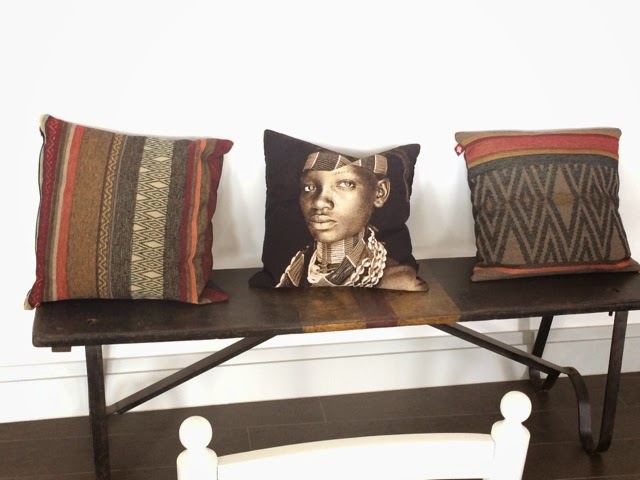 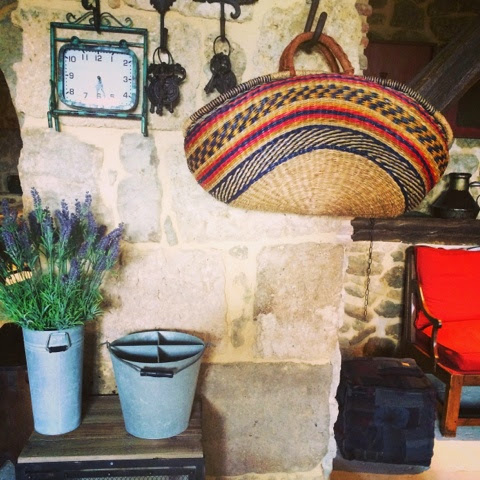 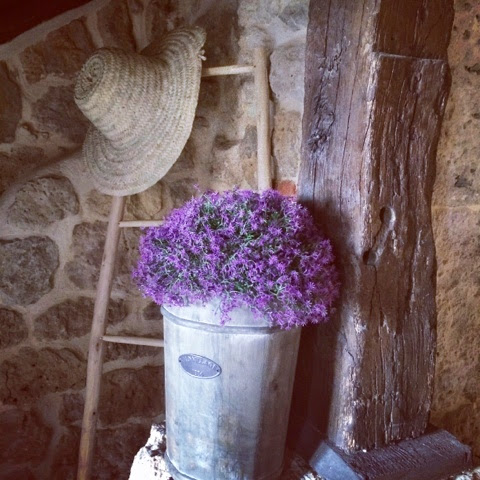 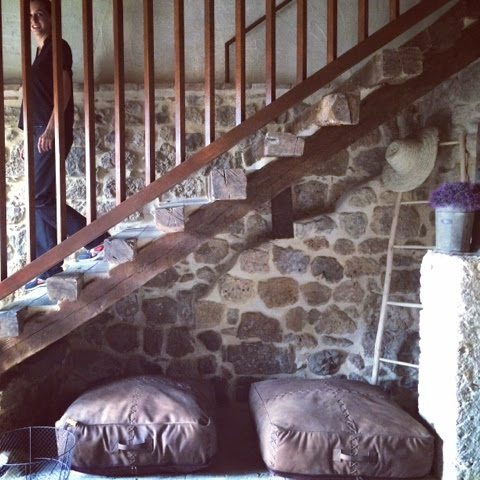 Rachel also showed us the maze of rooms they excavated under the house (they are going to be used for wine tasting) that connect to other tunnels and rooms in other homes. Under this town there is another complete town where the villagers would hide from marauders in mediaeval times. 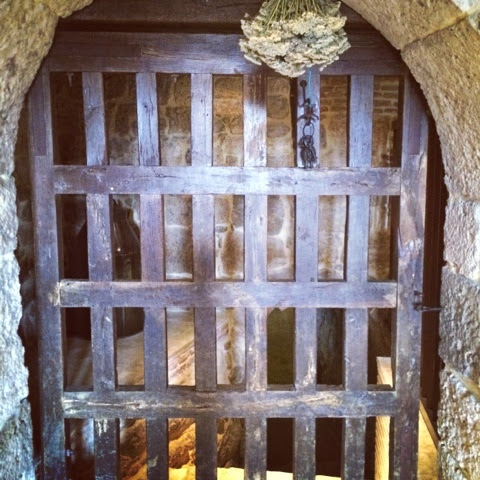 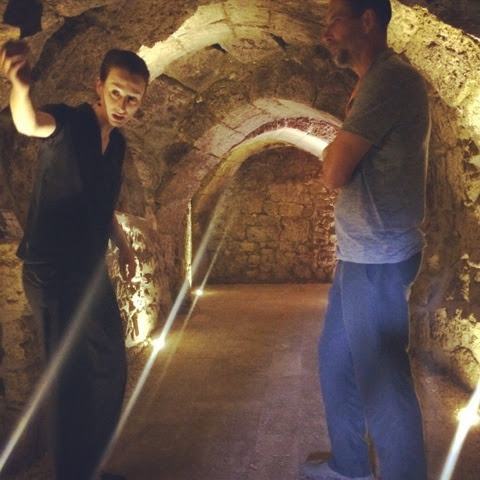 The owners are doctors living in Barcelona and they have a foundation in Ethiopia, where a lot of the furniture comes from. The first little girl they helped was named Emebed. The rooms start at 69 euros, but only three rooms were full. They are new and not in the guidebook yet... Hope they make it...they deserve to.
Of course the Camino is always with you...maybe whispering to us that we were enjoying too much luxury?
Well , maybe not whispering.,,Have you noticed that person in any given gathering who, after a few drinks, grabs the microphone and sings along to the music but doesnt know the words? That person in Castrojeriz was leading what seemed like a football field of his friends in singing from 10pm to 3am. Just under our window.
Posted by About Last Weekend at 9:38 AM