I haven't blogged for two weeks, it's a bit scary clicking in. I've pretty much been sitting at my computer but I can't post that. Outside the computer I've had incredibly "challenging" times in a perfect storm of shite. Hopefully someday I can write about it, feeling all the wiser and enriched. In the meantime, here's a blast of the positive highlights, bringing you up to date. 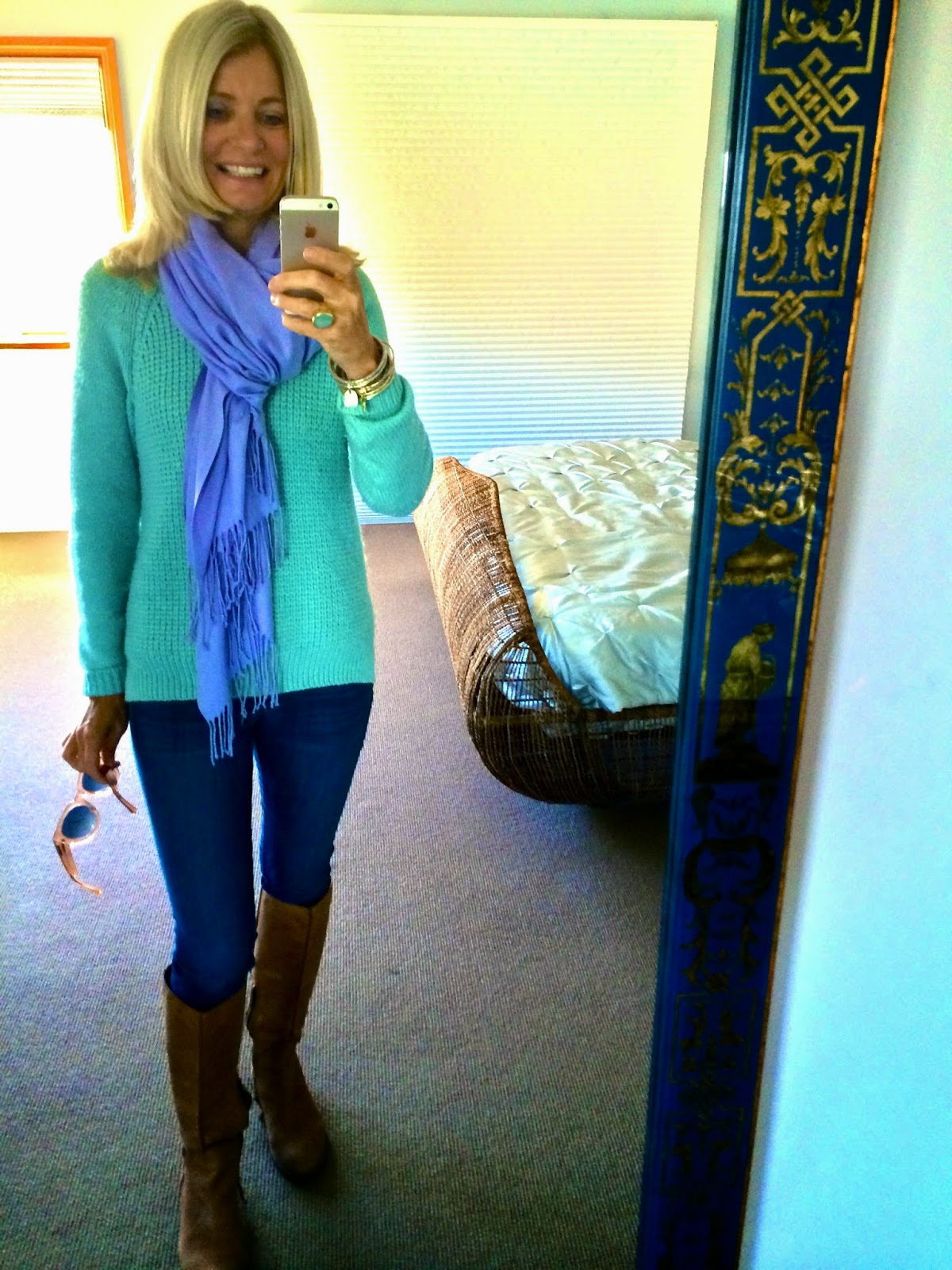 After months of drought we finally got one stormy day of rain. Good chance to wear my seafoam Workshop jersey. (Friends, apparently I can't use the word jumper, has rude connotations here.)

I must really like light blue, look at our deck after the rain. 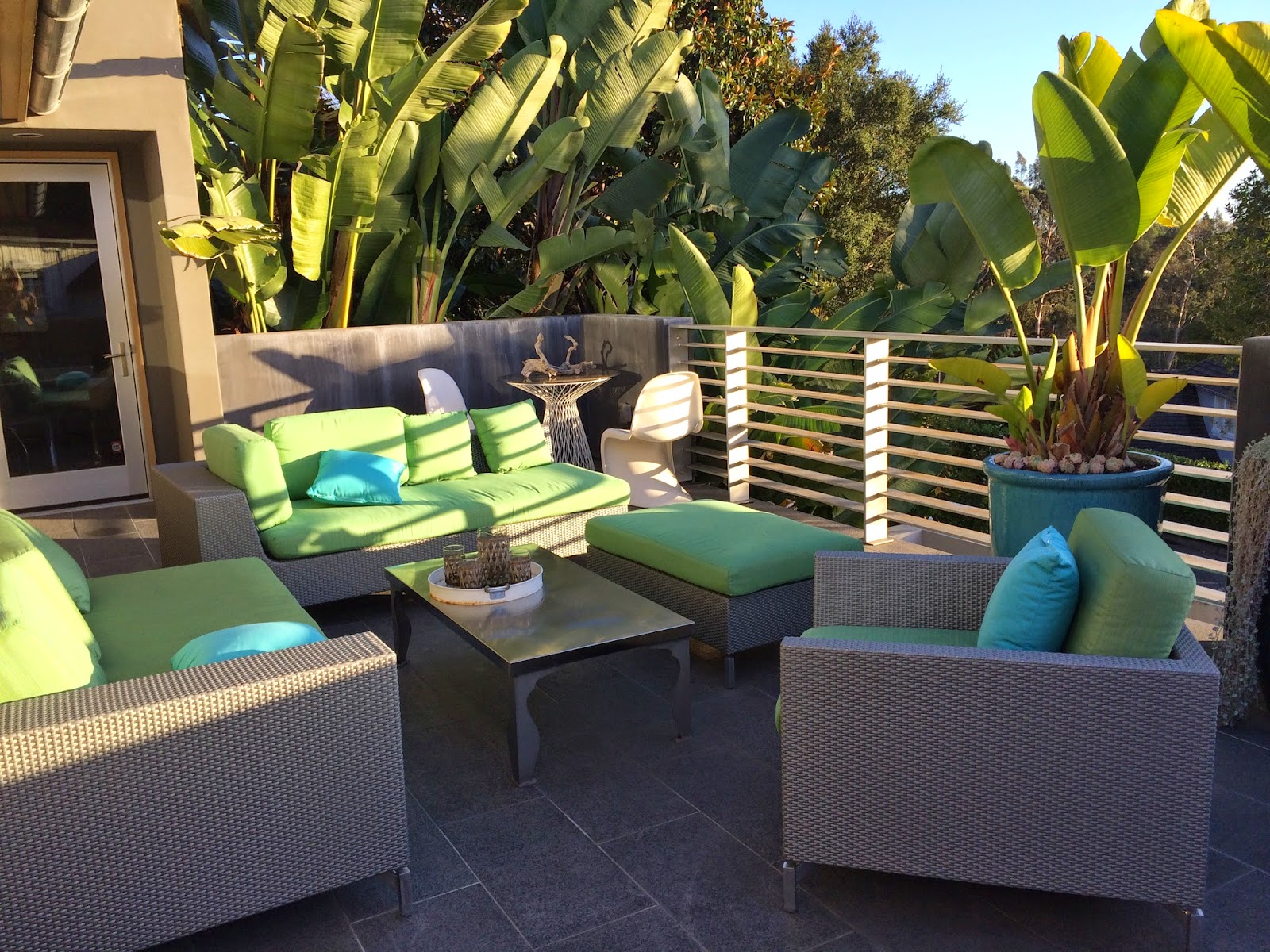 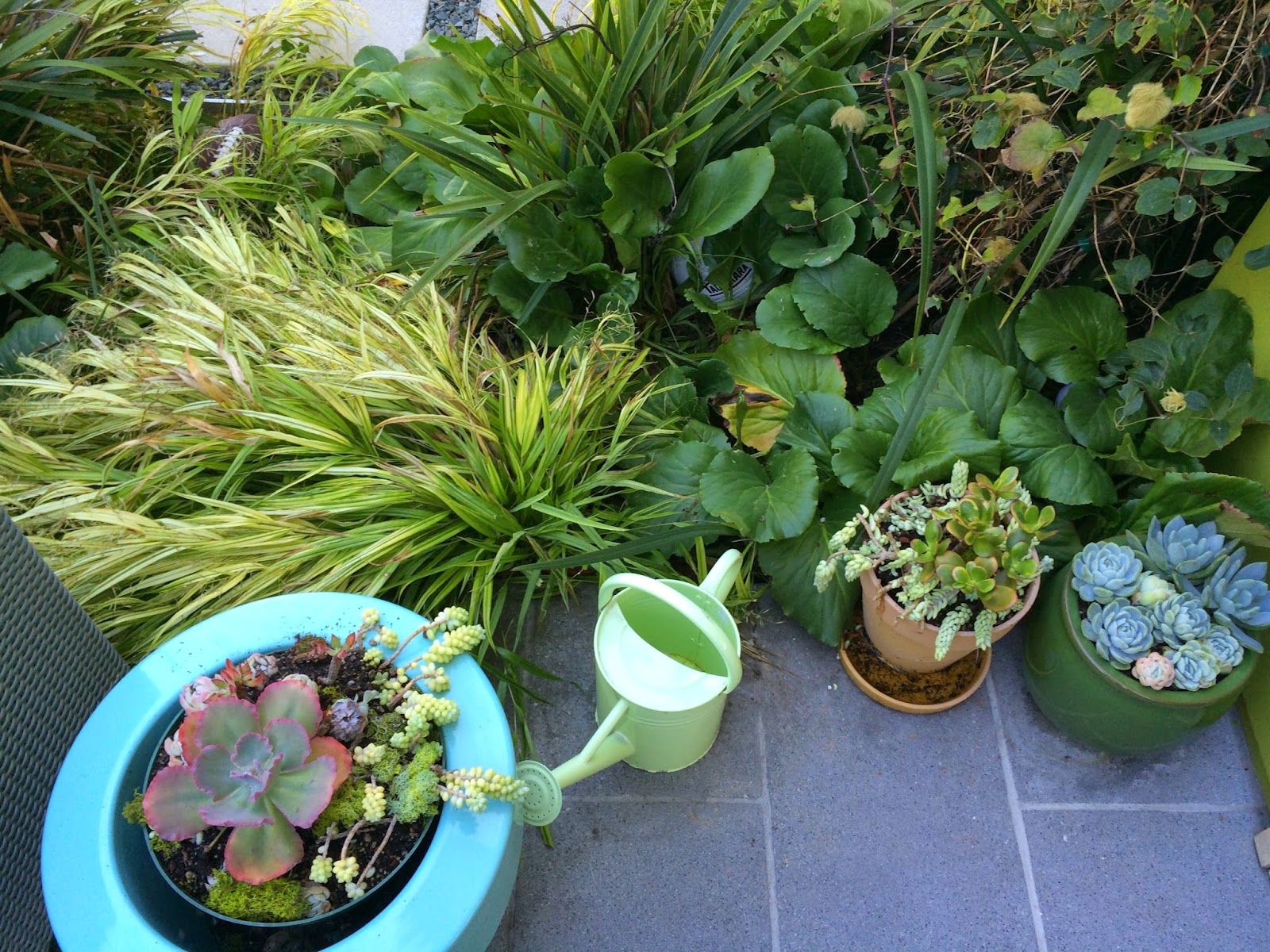 Heres a pic at Mum and Dad's place after I bought the sweater. Look, it matches their seafoam tiles. Mum says she would never use colored tiles again. You tire of them, opt for white tiles and paint the walls a colour, she reckons. I do like stripes. Please feel free to weigh in on the colored tile debate.


Speaking of light blue and also raising the spectre of middle class problems (Tabitha of Badinage talks about a really funny one on her blog today) our backyard fountain has been a nightmare. The tiles fell off a couple of months ago. We re-tiled the whole thing with different tiles that we thought were more suitable. Yesterday we woke to find nine of those new tiles have fallen off and the rest are about to drop.


Lovely morning watching the annual Black Cowboy Parade in Oakland.  It's great to remember that African Americans made up one quarter of all cowboys in the old West. 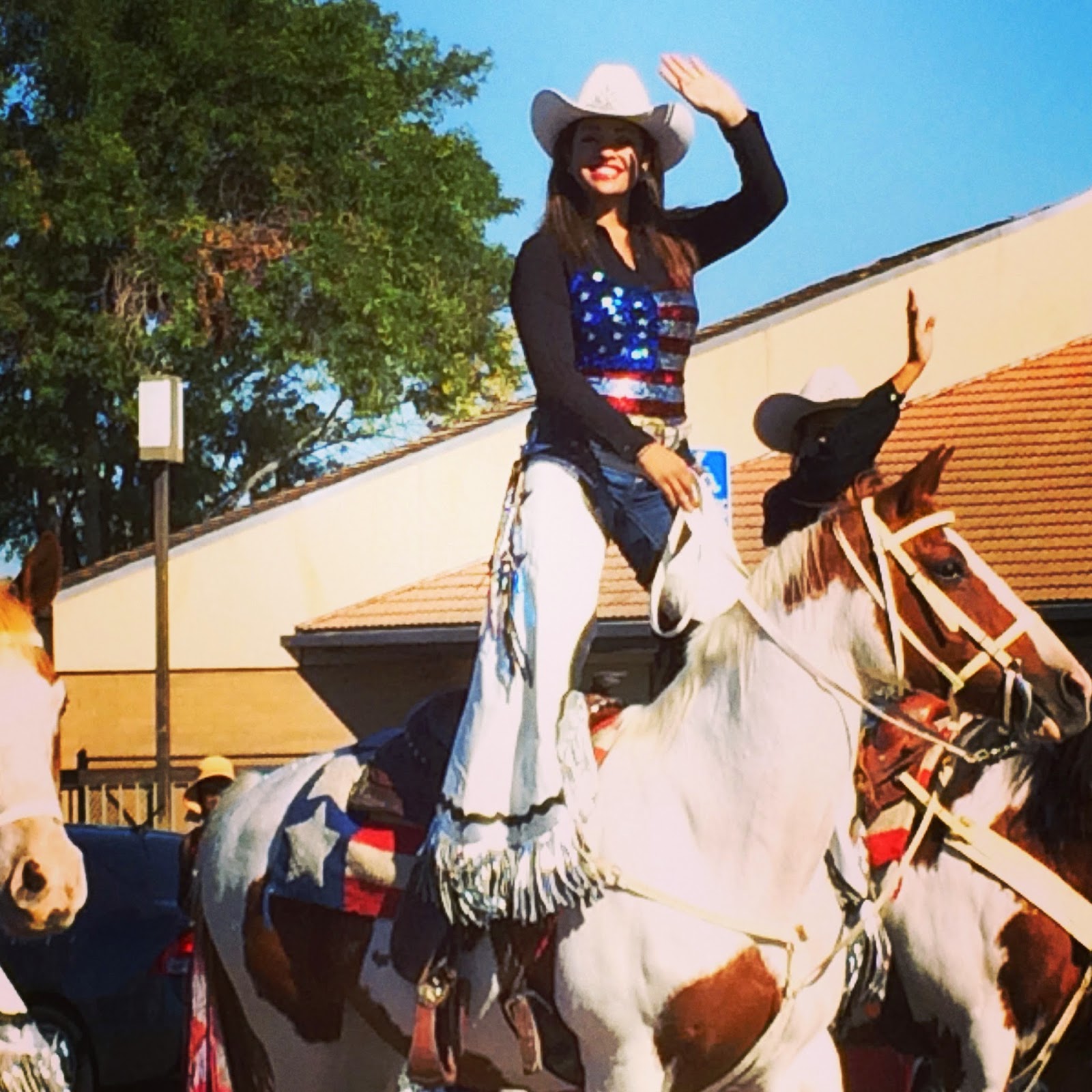 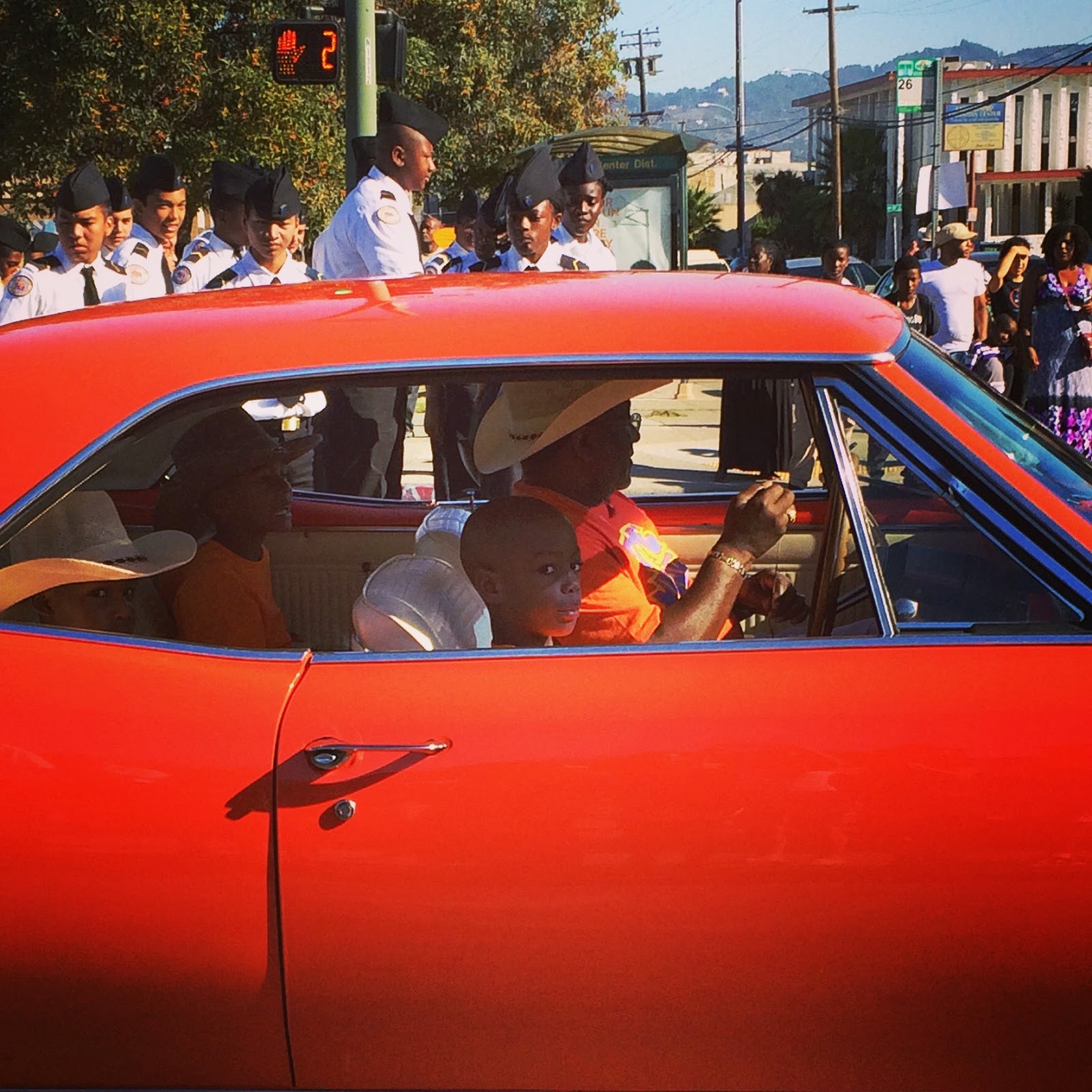 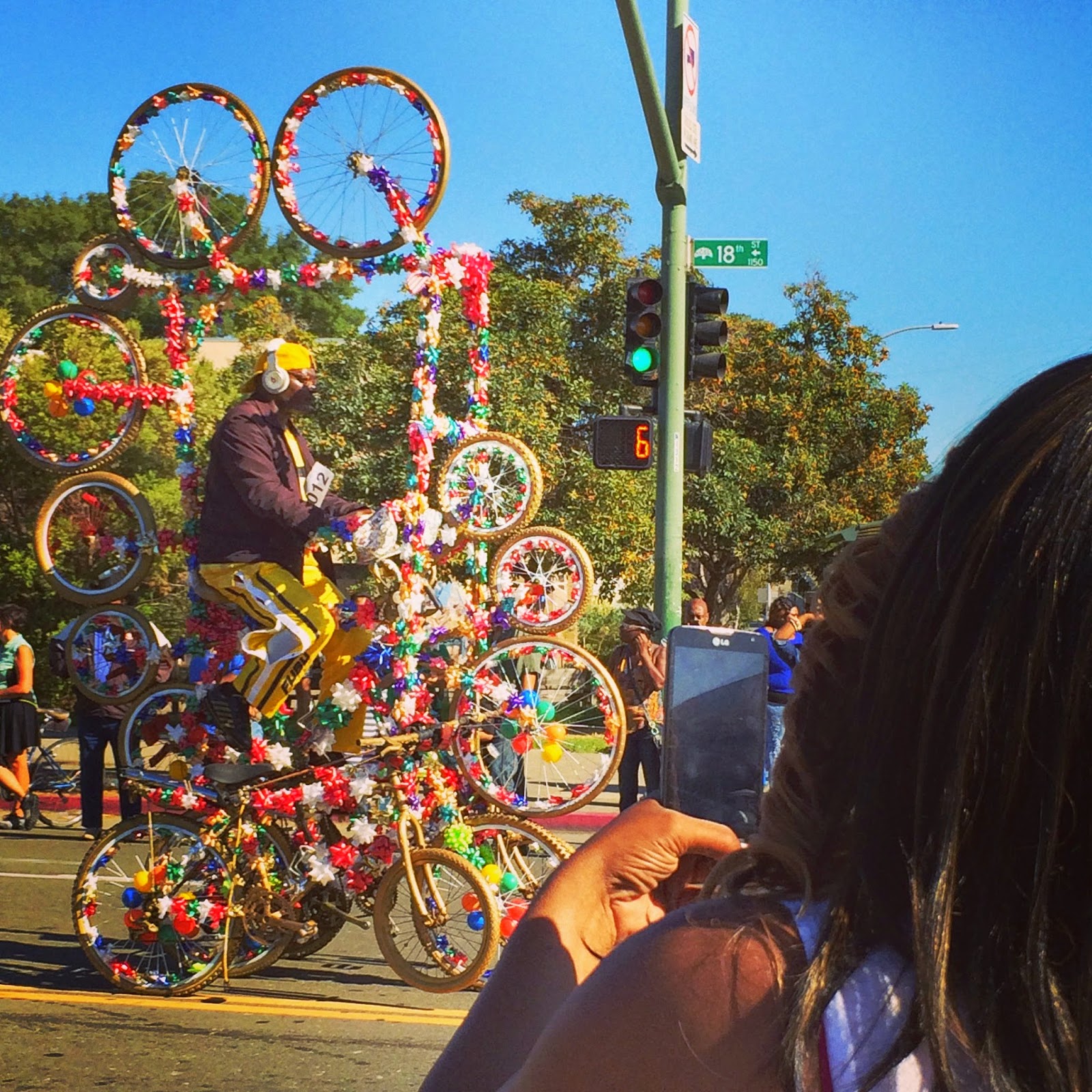 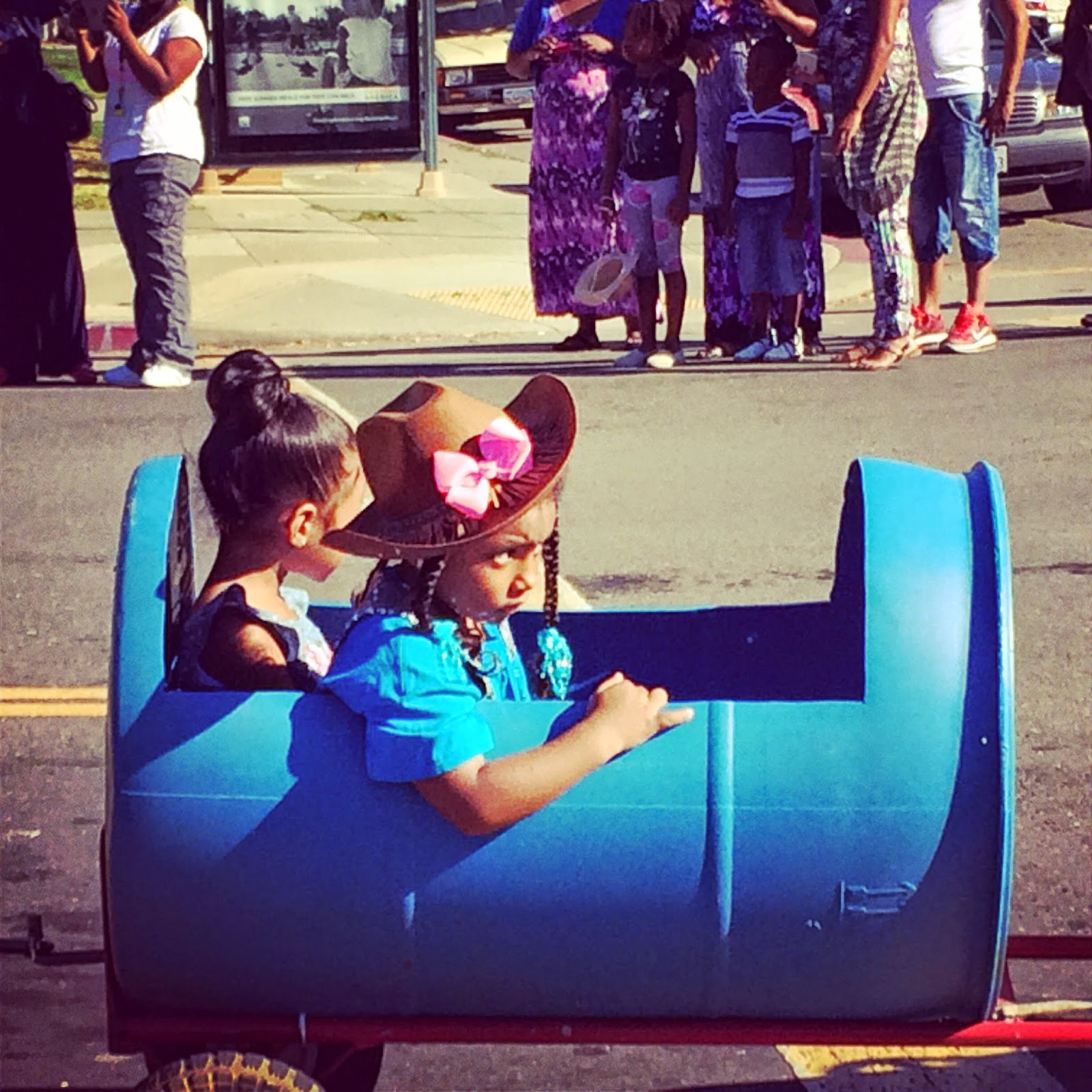 Wheeled out the ancient Louis Verdad skirt and top at Harley's Senior Mass. 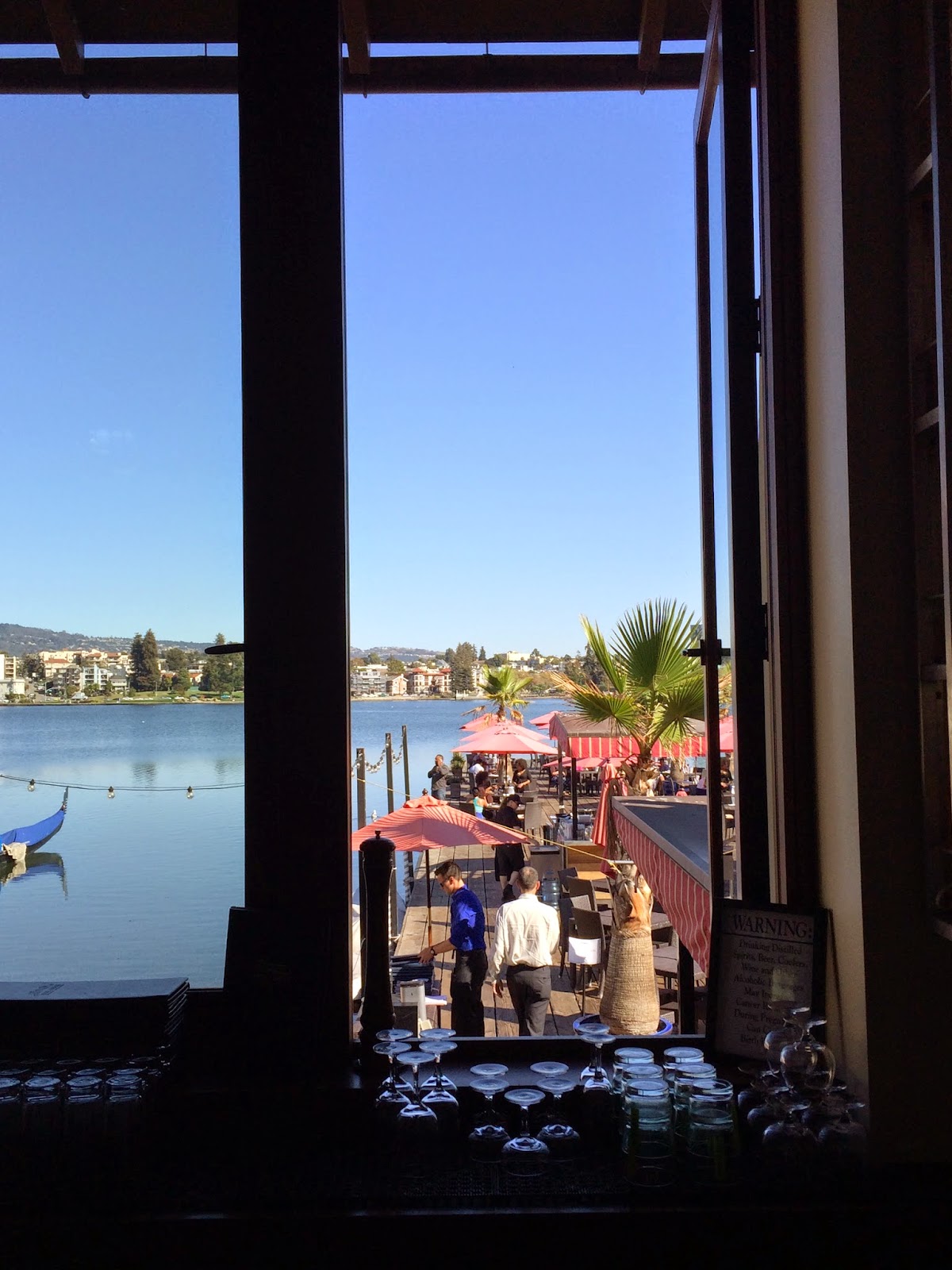 In the US, high schools have Spirit Week this time of year and I love seeing them go off in costume. Despite the fun, kids have it hard these days I reckon, so much pressure, college, social, sports everything. I would not have done well if I was a teen now. I was content to read all day in my room and make cinnamon toast on Saturday night. Not exactly a Queen Bee.


Remember I told you about the Superwoman Stance, how standing open and wide immediately gives you confidence.  In my disorganised melee of photos I found pictures of two people with super open body language. One was Angelina Jolie, I snapped this pic at the Berlin Film Festival. The other person was also at Berlin: Kiwi director-actor-writer Taika Waititi  His film Boy is one of my all-time favourites. Have you seen his movie about Vampires flatting together in Wellington? Can't wait.

I think Renee Zellweger has a botoxathon rather than plastic surgery don't you? Her bee-stung eyes and lips were adorable but she was obviously ready for a change (and the work is not Meg Ryan bad) Love her - that train scene of her in Bridget Jones was a revelation, you could see every thought on her face without any over-emoting.


Good-oh, now we're all caught up. Tomorrow - three great and easy Halloween costume ideas I've just seen. I know. My posts are like the Number 28 bus in London. Nothing, and then three come along at once.


Posted by About Last Weekend at 6:05 PM