Not sure whether we should just ignore the fact I haven't posted for five weeks? What have you been up to? We've had the Emmys and the Oscars -  didn't watch either. I read loads and celebrated Teddy's birthday. Wrote articles but not so many that I didn't I find time to bingewatch Friends (research). "It took them 10 years to make that show and you watched it in two weeks," said Harley, 17. The drought here continues...the air is so dry but makes for amazing sunsets.

I recently wrote about two family homes for the San Francisco Chronicle, with very different philosophies. The first was a Scooby-Doo dark mansion in Piedmont, home to a family of five, where the Dad, Chad, said he embraces color and more color. (read here). 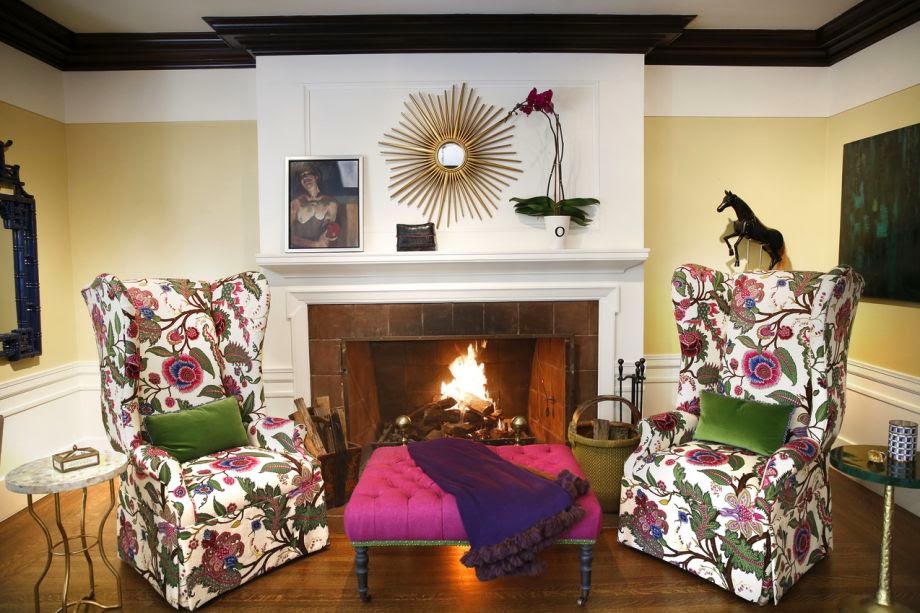 In San Francisco, an interior designer said he highlights just one color - in this case canary yellow and kept the rest in black, white and greys. (read here) 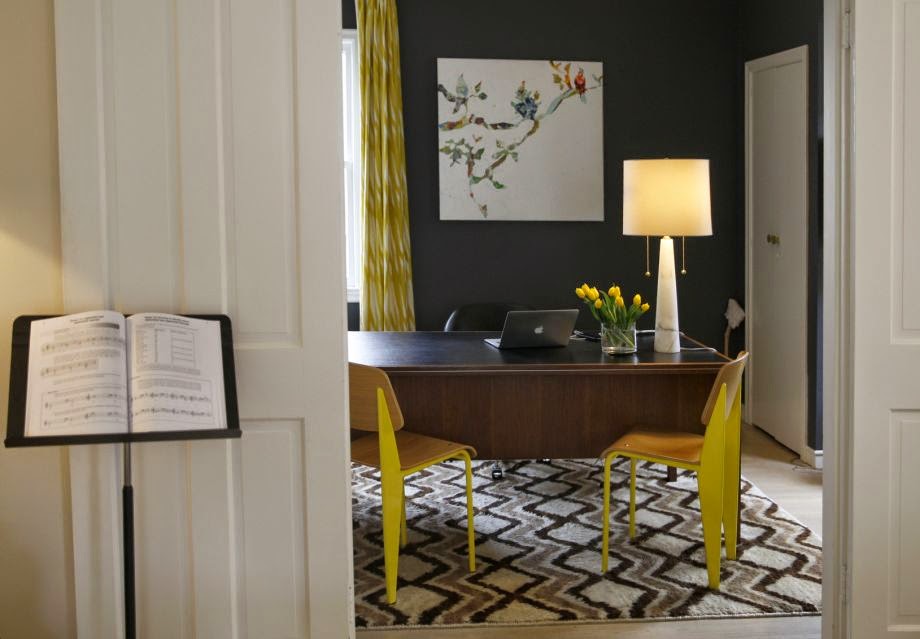 After watching Friends, I voted Jennifer Aniston the best of all six actors - she's undervalued as an actress. Courtney Cox was the next best. I really think a comedic actress has the hardest job of all.

Gearing up for Harley's high school graduation, which is a huge deal here in the US. The rellies are coming. You know those Yearbooks the schools here put out? "Most Likely To..." Well, Harley has been nominated by the teachers as: "Most Likely To Be Late for His Graduation." I hope he wins - he deserves to. #SoProud. (What were you voted as?)

The really big news was the old Tedmeister/Lord Teddington turned three years old. His mother was 6lb, his father was 3lbs. Teddy is 8lb; he surpassed all expectations and has a five star attitude at all times.

Don't believe anything I write on this blog! Just after I said I was toning down the aqua, what arrived? (Finally after about six months) Our big aqua umbrella.


Incredibly hot here - up to 75% - hibiscus and bird of paradise blooming in winter! 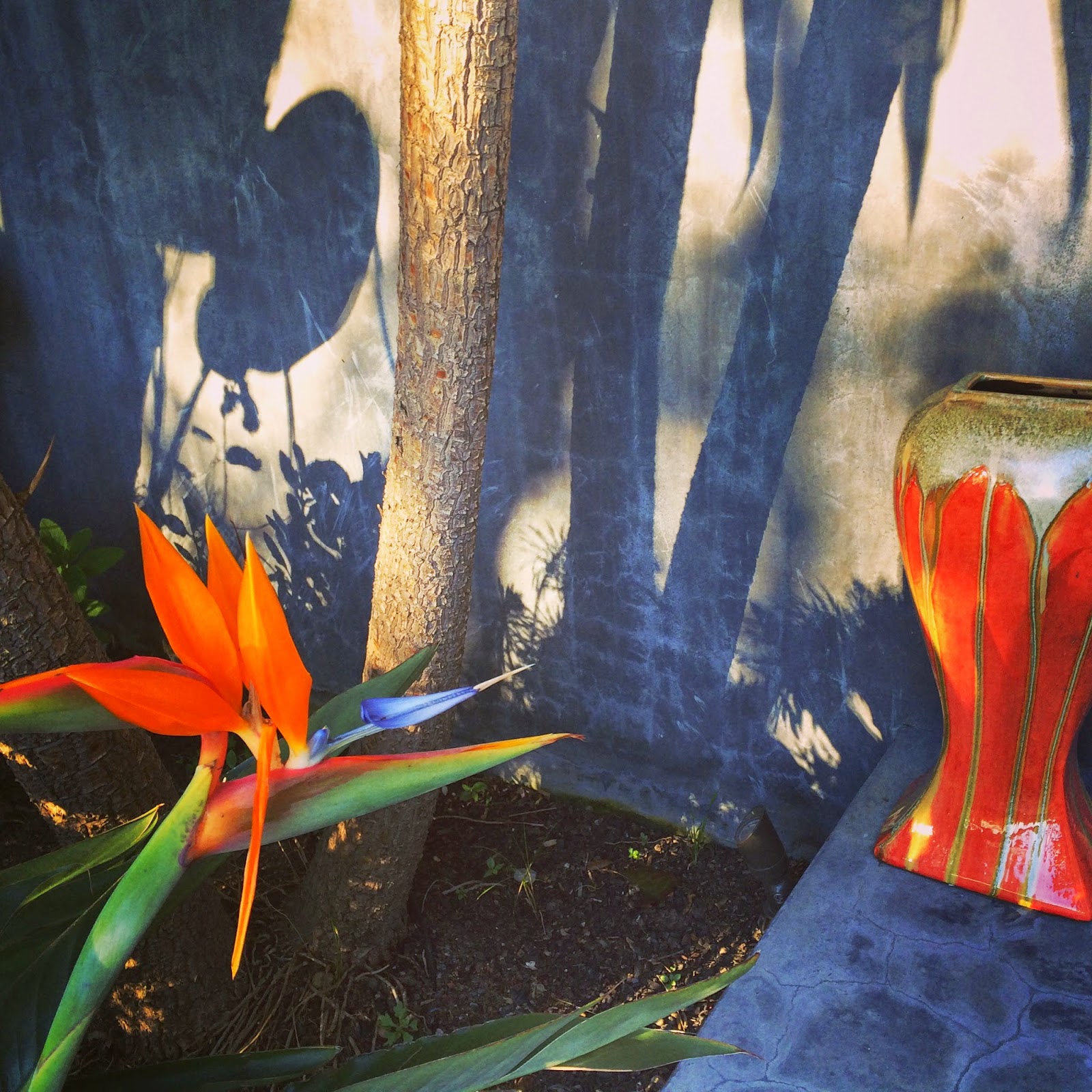 Birdman - Best Picture: Emporers New Clothes or what? Over-acted. I think it was an actor's film, like writers who thrill to make lengthy descriptions no one wants to read. Interesting but not Best Picture. Somehow I'd seen it before.

Brush with Fame alert, people! (This is traditionally where I tell you about someone who knew someone who knew...) When I worked for the Gloucestershire Echo (for my sins) I wrote a feature on a local woman who was a costumer on all the big Brit movies. She said Michael Keaton was gorgeous, sweet and had the most beautiful blue eyes. Helena Bonham Carter had bad posture and not such a great attitude in case you're wondering.

Like Heidi, have sworn off purchasing party frocks. My new uniform is an Alice and Oliva shirt.

The great thing about the old blog is the people who write to you. Just heard from a second cousin in Manchester who saw the post about Grandma. Then Dad called. One of the chaps we met on the Meseta in the Camino, Joseph, had popped in to see my Mum and Dad in Ohope Beach, NZ!  Joseph and his wife were camper van-ing around NZ. Joseph lives in Majorca and is a retired bank manager but works as a volunteer on the Camino. In this municipal albergue his duties were various, including cleaning the toilets (he even did our washing for a small charge) and handing out keys etc. What an elegant man, I remember admiring his crisp shirt.


Also I got an email from Amelia who was doing her school paper on her "Poppy", - Eric -  who we met at the beginning of the Camino. Remember Australian Eric? He was 80 years old and carried a 27lb backpack (mine was 7lb and I was complaining.)  His pack was pretty chocful of medication - he has a heart condition.

I'm going skiing at Alta, Utah tomorrow. In preparation I've been doing strength training twice a week, which is a first for me. My trainer reckons I should be eating 120 grams of protein a day which is a heck of a lot considering a breast of chicken is only 60. I ate this for lunch for a while (with toast and butter chasers). I've haven't yielded that half stone I put on and ski pants perilously tight.


Maybe it's the cheater pavlovas I've been making with Pavlova Magic Mix.  Sssh, they'll take my Kiwi passport if they know I've been using the Aussie mix.