I was one of the ones who fell for it. What an arc, I thought - that enigmatic smile at the top of the cliffs in Esalen on the Big Sur, California. Don Draper had finally evolved. But then the old hubstar, Kevin, pointed it out. Don's smile was creative paydirt - he'd just thought of his next idea: the Coke ad. 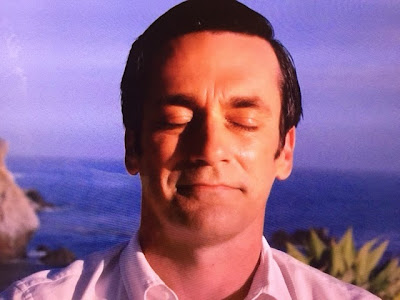 Don hadn't made the leap from heavy drinking, womanising, absent father, sort of anti-hero - to hero. He was exactly the same person. We were put off the scent when he hugs the tearful guy in the group session in Esalen. But even that wasn't empathetic, he was feeling sorry for himself - that man exemplified Don as a child: overlooked and ignored. And anyway, throughout the series, we saw Don felt for the underdog stranger or those in pain. Sometimes he was kind to Peggy, he tried to help his niece, that boy who stole from him, that waitress that he followed to Wisconsin.  But he couldn't feel for those closest to him. As Don's niece told him, he was the biggest mess of all. 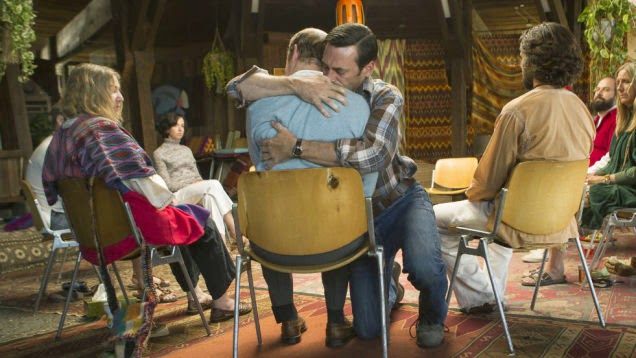 We should have known. Sally tells him about Betty's cancer and he calls Betty. Yet even when Betty said she wanted to keep things normal and that meant him not being around, even then, he wasn't shamed into rushing back to see his kids.

I always felt a bit resentful that Don remained so likable, or compellingly watchable is a better description (Oh how we would love to tell everyone off like he did!) despite that he was such a rubbish, absent Dad.  No matter how awfully he treated other people, they forgave him and wanted to be around him. How did he get away with that? Can you think of a single female character like that?

To be sure old Betty was a bit of a cold fish, but was she really the Bad Mother she was tagged? (Excepting that scene where she slapped Sally). She was a mother of her times. Reminds me of that dreadful expression "The Good-Enough Mother" coined back then. 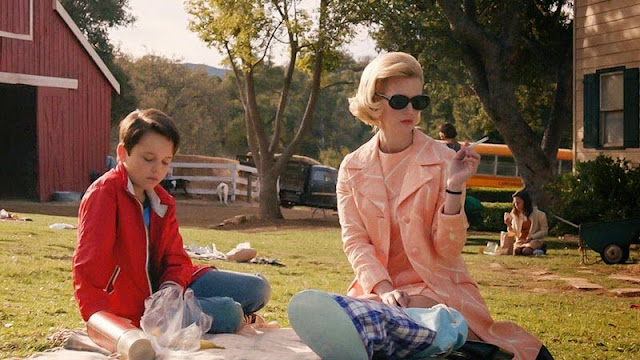 Although...who else squirmed at the impending doom on the Bobby's field trip when Betty volunteers (for the first time) to chaperone Bobby's field trip? Thye arrived, all was good and then she was furious when Bobby gave away her sandwich. In an NPR interview, writer and director, Matthew Weiner said this was a recreation of an actual incident in his own life. He had never seen his mother eating, so he gave away her sandwich on a field trip. He said the pain he felt for months, years, after, was partly his being overly sensitive and his mother being not sensitive enough.

It will be interesting to see what January Jones plays next - will she always be distant or was that just good acting? (When dating Ashton Kutcher back in the day, apparently he told her she could not act and to give up.)

The endings were all perfect without any sort of gratuitous pathos. Loved the spare, deflecting conversations.  Characters answered a question with a statement: see Pete and his brother at the restaurant. There was no climactic, understanding scene between Betty and Sally: just them comfortably in the kitchen together, Sally making the dinner and Betty smoking and reading. 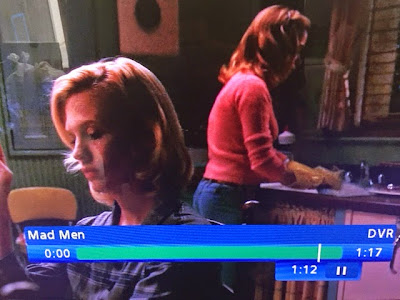 Peggy (loved her so much; her outfits never failed to miss the mark just a bit) was destined to have a happy ending as she was always vulnerable. One of the best moments from the show is below. She is left in their old offices; her new company hasn't bothered to organise her an office. She skates around their old offices while Roger playing the electric organ. Fueled and fed-up, she walks over to the new company and totally owns that hallway; dark glasses, drunk and with a ciggy hanging out the side of her mouth. 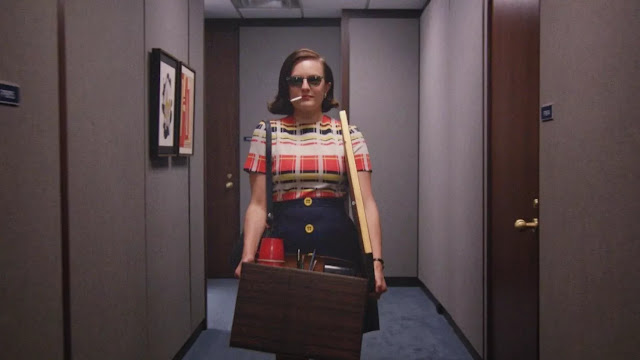 Joan's arc was the highest and most complete - she chose her career and none of us were sad the millionaire woosied out. She started, as one writer so beautifully put it,  being a defender of the patriarchy and ended, determined to burn it all down. With lippy on. 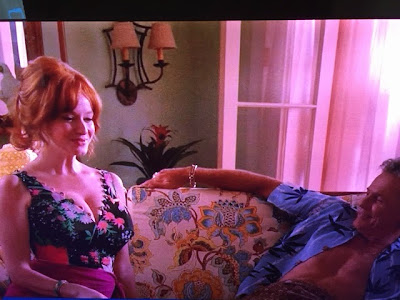 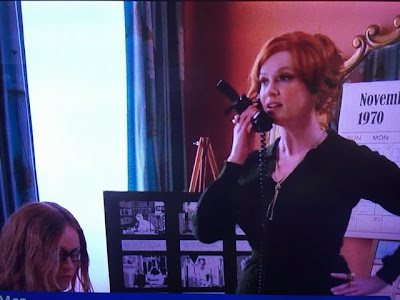 (And by the way, if you haven't been to Esalen,  run, walk or do downward facing dogs to get there. Doing yoga in the big old yurt amid the wailing rain and wind and then bubbling in the hot tubs on the cliff face - go in the dark if you don't want to see loads of naked people -  is like no other thing. ) 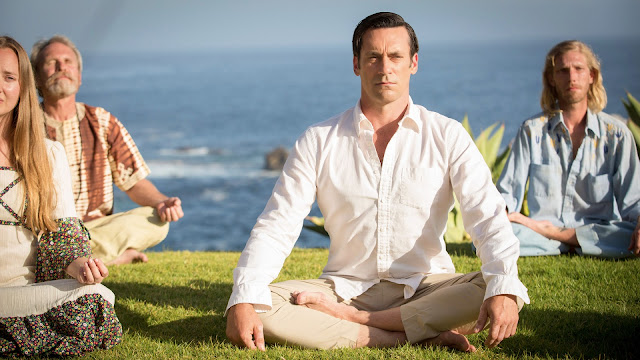 How will we get by without our friends from Mad Men, what we will think about now? Will we continue to have those conversations about who we loved best, who had the best lines. Roger Sterling, handsdown. Some of the best here.  (To Freddy Rumsen) "There's a line, Freddy. And you wet it." (S2, E9) 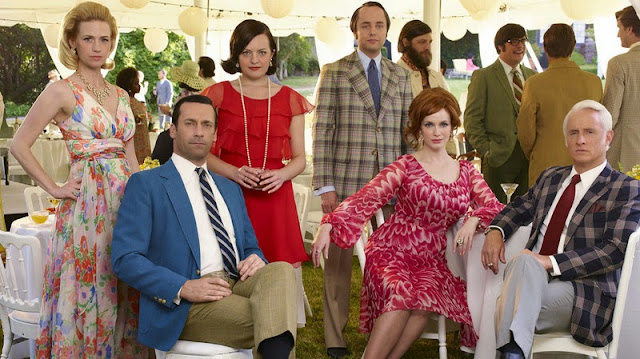 I wanted to think Pete had changed, but I doubted he had. 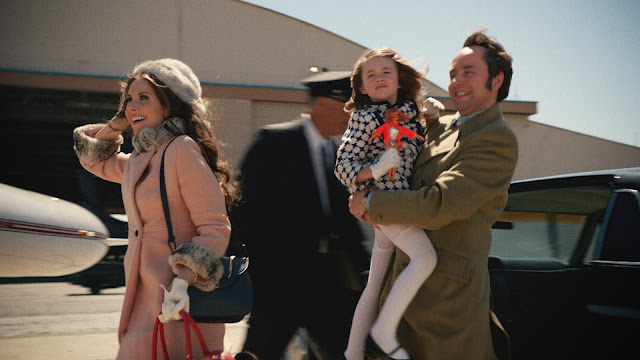 Now, were you fooled like me about the Don smile? Or did you know what was behind it immediately?

Posted by About Last Weekend at 3:54 PM