I've been meaning to tell you about the best book I've read in ages. My Mum said it was the best book she's read in five years. It's Give Us This Day by Helena Wisniewska Brow. Anyone who knows me might say: "Hang on a minute here, isn't that one of your best friends since you were five years old...not very impartial."  Yes, it's true, at age eight Helena and I were going to be nuns together (well, that didn't happen!) but still, I loved this book more than I ever imagined. And to be honest, it's not normally something I would race towards: memoir, a terribly sad childhood, historical. 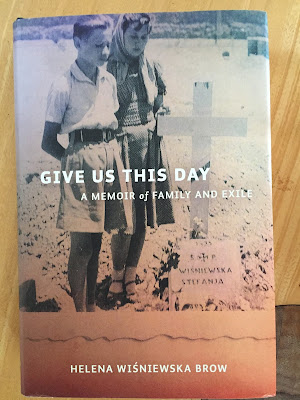 Helena's book is about her father Stefan--and herself. The cover of the book says it all. It shows a photo of Stefan, then 14, and his elder sister Hela, standing by their mother's new grave in Tehran. The date is June 1944. The family - Stefan, four siblings and his mother- had been among the million-odd Poles deported to Siberian prisons after 1941, and among the very few who survived starvation and disease to make it to safety in Iran several years later. Now the children would have to walk on by themselves. 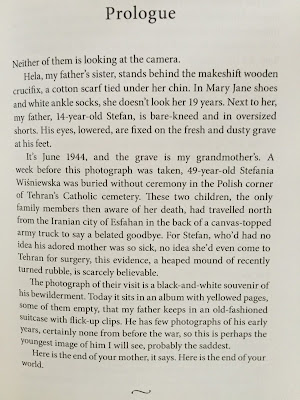 Somehow they would find their way to, of all unlikely places, New Zealand, among the 732 Polish children who were offered refuge there.

Helena tells of that journey, but also of the years after.  Once her father reached New Zealand, why wasn't his story one of happily every after? What is this burden her father carried all these years? Why does he still long so desperately for his own country when his new country is so green and beautiful and safe? Is he unwilling --or unable-- to let it go? (All photos are Helena's)

In re-visiting her father's past, we see that a child who is thrown out of his homeland and then loses his mother, becomes a man without a childhood, lost and damaged, maybe forever.

We see that however fresh and green and safe and welcoming your new country, to be exiled from your homeland is leaving behind a key part of yourself. An unknown and unknowable thing for most of us.

What was fascinating for me too was reading about her very different experience of the tiny town we lived in. At Helena's birthday. Helena is second from top right, me, at far right, her sister Zofia, second row middle.

This story is ultimately uplifting, but Helena avoids at every turn to offer us a facile close to the struggle to mend the past, to make sense of something that is senseless, even when her father embarks on a longed-for Polish homecoming. 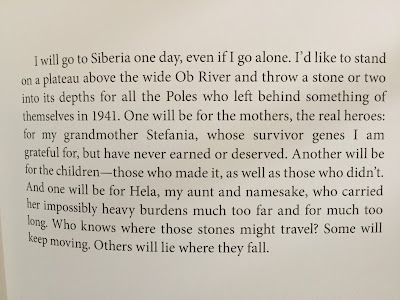 Posted by About Last Weekend at 5:41 PM