This is one of the photos I found in the album drawer at home. Mum made this fluffy jacket for her first dance when she was 16. Since then she hasn't stopped sewing, mending, baking, cooking, pulling weeds and holding kids' hands across the road. 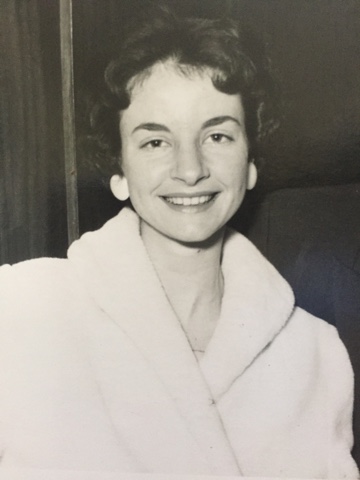 She really is the old style pioneer Kiwi wahine who can whip up a batch of date scones, sew a dress from a photo without a pattern and lay bathroom tiles, all of which she did in the past weeks. 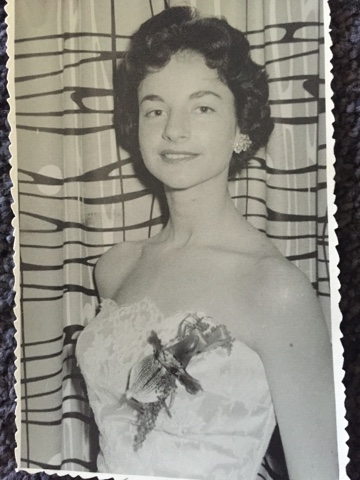 She made this dress too 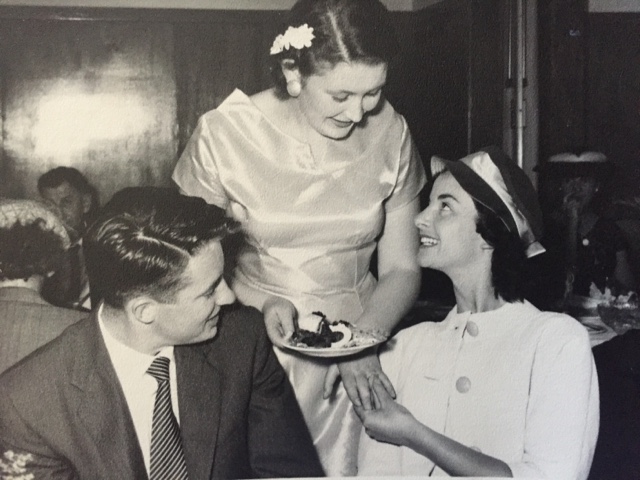 Mum (at right) with Dad admiring a friend's engagement ring.
It was Mum's birthday on Boxing Day which is the day after Christmas (so named because that was the day British gentry gave boxed gifts to the servants.) Short straw as far as birthdays goes, but like most women of her generation she went on to make her own luck. 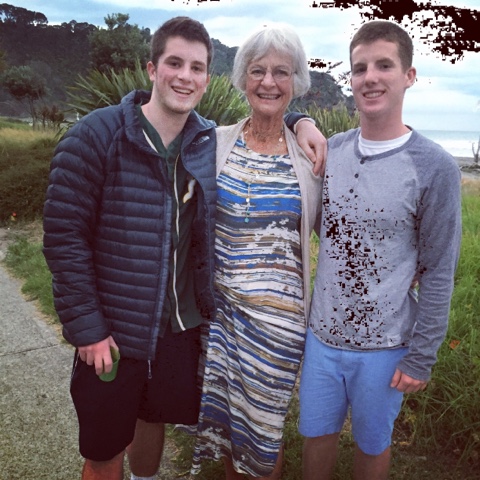 With Harley and Jackson 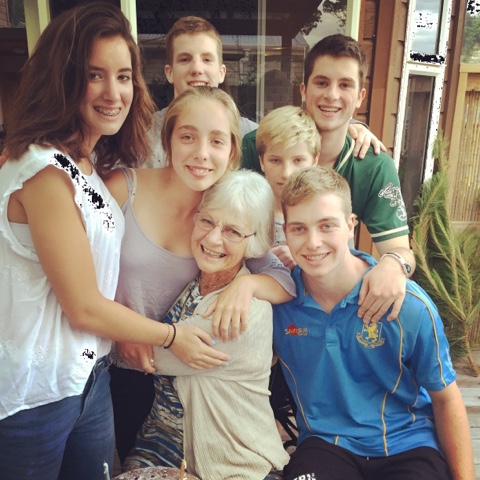 With some of the grandkids.
Madeleine. Who has a patient sideways smile and  impatient hands that never stop moving; pulling stuff like stray threads (sometimes  with such a no-nonsense tug the entire hem comes apart), who makes sticky date toffee pudding with a shove, slap and whack and close of the oven, who is such a good listener that everyone feels better sitting next to her, who has an abiding passion for interiors and design that always stipulates messy stuff away in drawers, who has a love of color and fabrics and aesthetics that never translates to personal vanity, who never re-gifts and always finds the right home for every little thing (however ugly or kitsch) for fear of hurting feelings. Who always amazes with her fortitude and finding the fineness in the everyday. Mum.
Posted by About Last Weekend at 6:28 PM