Should Auld Acquaintance Be Forgot

I'm I hope you have a really sssparkly  New Years Eve. Ours starts in just an hour. Sadly I've had the dreaded lurgy so will have to stay off the champers tonight. Well, thats's the plan...at this stage. 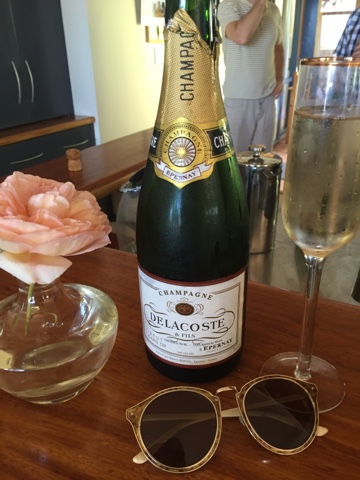 My friend Sue, who was famous in our day as she was the first woman to be accepted into the NZ Air Force as an officer (though she still wasn't allowed to fly!) has invited us over for a barby tonight and promises she has a recipe that will cure what ails me! It is a rum and ginger wine cocktail learned from an old barman in Ohakea. I am not convinced!!!
Spent the past few days catching up with friends from back in the olden days when there was just one channel on the telly and you stayed out playing till your Mum called "Tea time, kids!" 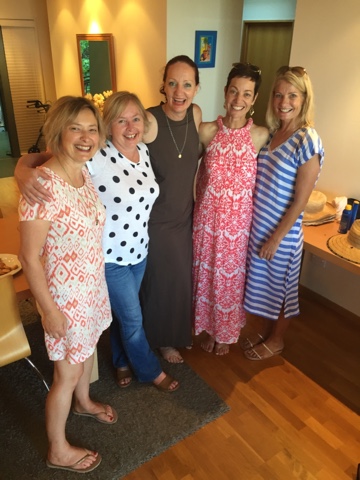 Helena, Sue, sister Pietra, sister Sharon and me.
One of the friends I caught up was Helena, who I told you about before. She wrote Give Us This Day. It was brilliant to hear all about her process. Rather than rattling out the shitty first draft ( as most of us have been taught) she edits as she goes along, agonizing over each word. It works for her! We all do things differently
and sometimes we need to stick to that.  We forget that we've found an efficient way of being and doing-- and then we want to change it totally! 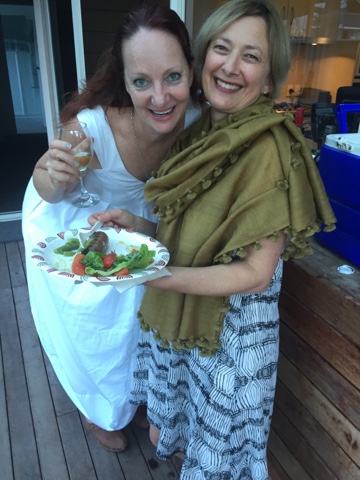 My sister Pietra and Helena
Six of us from our third form (freshman) class got together one night. The year of 1975. We refer to our year as our third form year, because in those days most people left school at 15 or 16 years old to do trades, and in those times you could study nursing and other professions at polytechs too. For example in third form we numbered 350 kids but only 30 stayed for seventh form. Sadly 30 of our class have died. 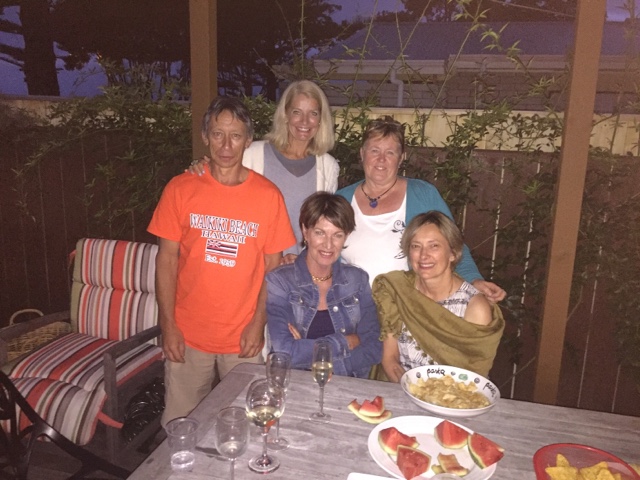 Dave, me, Shiona, Maureen and Helena (Sue went back to her bach to let out her new puppy)
The chap on the left, Dave, has been amazing. About a year ago he started organizing get-togethers, including pub nights, a weekend of events and even a comedy cruise to Australia, in the process reuniting people, some of whom lived in the same town but had gotten past the stage of even ackowledging each other ( "wiill they recognise me?")
I wont pretend my high school years were all glorious memories;  like many kids of that era I was verbally and physically bullied. It's good to acknowledge this, and other people's history too, but its also good to move on.
We had so much fun those nights. I so looked forward to seeing these old schoolmates and it was so relaxing to spend an evening with people who share such a deep history, talking about times that were pants-wetting scary, ridiculously funny, sweet, mind-bogglingly boring, and sometimes painful, but mostly stuff you can have a good old leg-slapping cackle about later....
Posted by About Last Weekend at 7:32 PM