The old garden is in good form for Graduation Season. The rellies will be here any minute. Mum and Dad are flying in tonight from New Zealand, Kevin's parents are coming in from Pennsylvania and his brother from Denver. No pressure then, you birds of paradise who want to hog the attention! Arms and feet in fifth position and...extend, as Mrs Shirley Dibble, our old ballet mistress, would say. 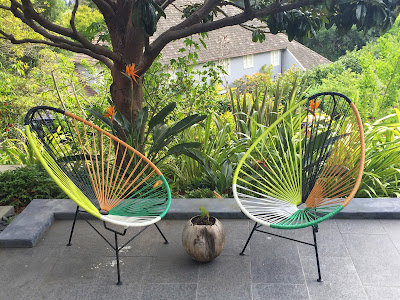 These pink guys (anyone know what they're called?) just wootle all over the place, like every day is a party. 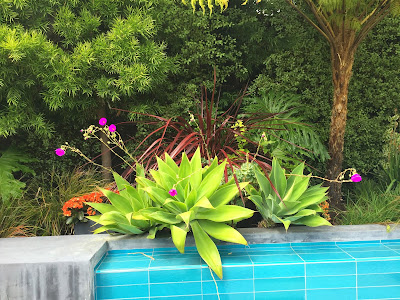 Seen on Naomi's blog post today about Constance Spry, celebrity gardener-florist-philosopher-educator in the 1930's.  I never heard of her, she's fascinating, go over to Naomi and read all about her.

Anyway Naomi said: "Spring fever has got the better of me and I have been Druid like in my reverence of all the blooms that herald my new favorite season."

I had to google "Druid" - didn't know what they were. Must have missed that class at my alma mater, Whakatane High School, NZ. (pronounced "Fuckatane," btw, if you're new to the blog) 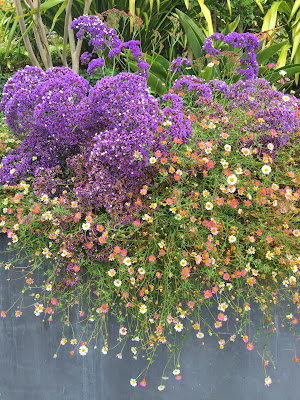 Apparently the daisy-like flowers above are technically weeds. (Whose blog did I see that on?) Well good on them for making the transition to plantable fleur. Like a reality star rising up to become host of their own show. (Not saying reality stars are weeds, but you get the picture) The plants are all well established and we have fake lawn, so watering kept to min. We're in a drought, so instead of adding flowers, we got some cheapie cushions from CB2. 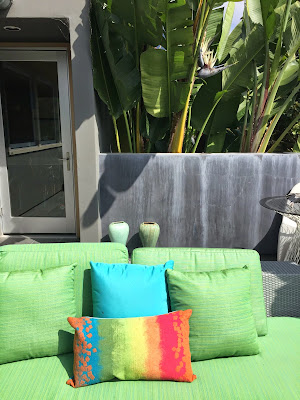 I didn't think I would like them in the situ, but I do. 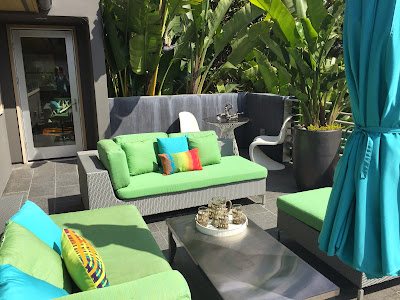 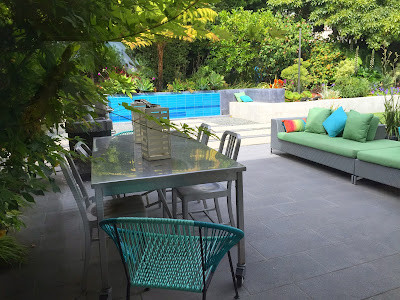 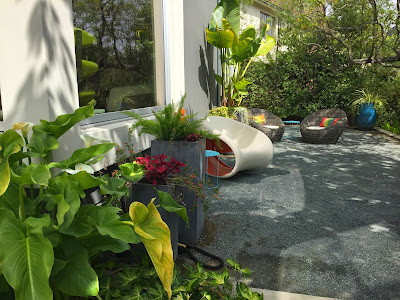 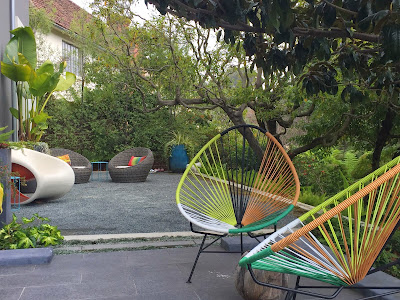 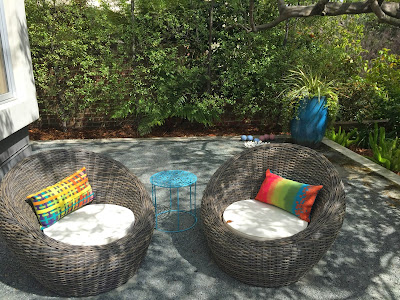 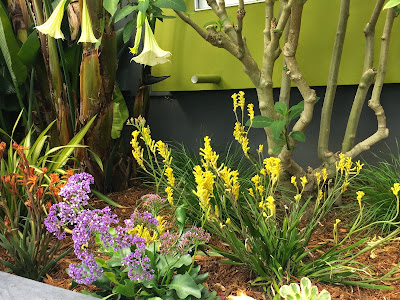 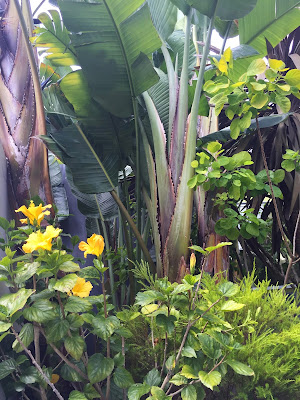 Proteas, love them. Remind me of NZ. 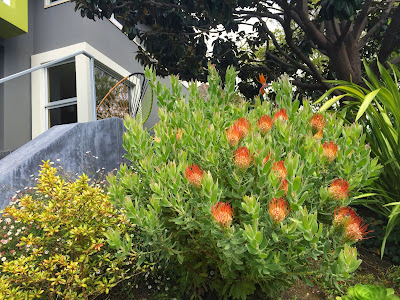 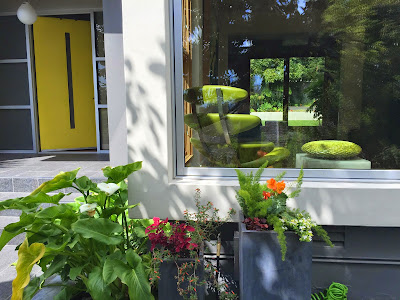 Old succulents hanging out on the deck as per usual, pretty relaxed characters aren't they? 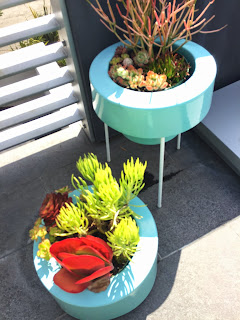 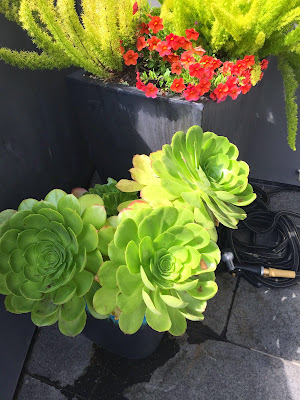 That's all from the old jardin. Which plant in your garden do you favour most at the mo? (I won't tell)

Posted by About Last Weekend at 8:48 AM