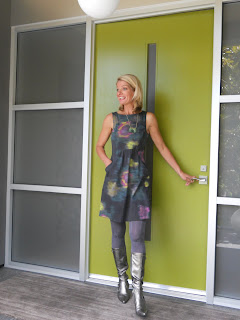 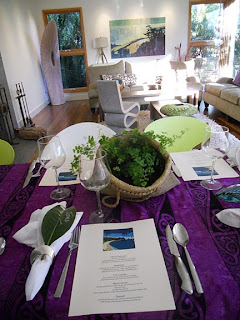 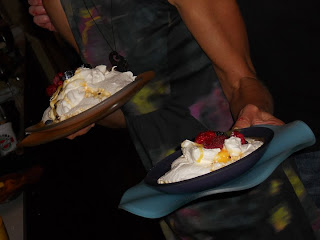 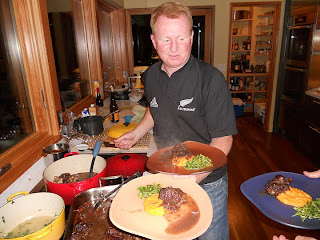 The short answer: get a friend to do it.

We had donated a five-course New Zealand dinner for three couples to our school auction. For my kiwi readers it will come as a revelation that our taxes do not really pay for public schooling here in Oakland. Our (public) school raises up to $180,000 at just one fundraising auction to pay for pretty basic things really.

Aaaanyway we donated the dinner, three couples signed up immediately pledging to pay $500. Three more couples wanted to come. So we had six couples paying a total of $3,000 for dinner at our house. Holyheck!

Mike'n'Kenny, friends foreva, save the day. They don't even have kids at our school, but they take pity on us. (If friends in need are friends indeed, we are the neediest, indeediest, greediest friends eva).

They will cook and I will do the individual pavlovas with passionfruit sauce. For the edification of my non kiwi readers, Pavlova is a white, fluffy yet crispy yet creamy dessert that is kind of an evolved meringue. Named after the Russian ballet dancer who visited New Zealand in the 1920's. The Aussies are always trying to say they invented it. Just nod and smile when they tell you that. The kiwis invented the Pavlova. End of Story. Say no more. Brilliant next day for breakfast.

Ever the lazy cheater, I ordered Pavlova Magic (just add water and sugar and bake for perf. pavs) and passionfruit pulp from Aussie Products.

We kicked off with Feijoa vodka cocktails and a kiwi bubbler called NV Quartz Creek Sparkling Wine. The first was lip-sucking strong and the second was fun and frisky.

Pictured: I decorated tables in my living room with bits of driftwood and paua shells and a Maori kit(basket) with a fern, silk scarves and bobsyeruncle, it looked New Zealand-ish.

Next me holding my Pavs. My arms looks tres scary, but readers, in the interests of journalist integrity sometimes I will include an unflattering photo of myself.

Next photo: Saint Michael with the lamb shanks. The plates are recycled glass from the Riverside Seaglass Collection purchased from Terrestra in Berkeley.
Posted by About Last Weekend at 4:38 PM