As I said in my previous post, Kevin and I are well-matched in our lack of sentimentality and absense of romance. We don't observe "Hallmark holidays",  Father's Day included.

We don't even observe our wedding anniversary. I honestly couldn't tell you what the date is. Only our kids give us gifts on our birthday and, at Christmas, Kevin cashes in our points for store gift cards for me, which is perfect. 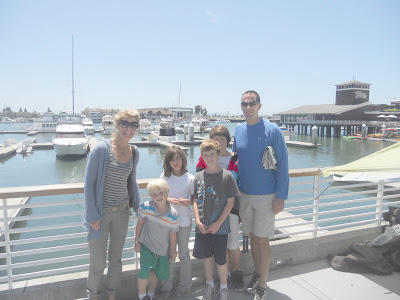 We'd already had three children by the time we actually got married in London, England.  I always maintained children were the ultimate sign of commitment, not a ceremony.  But immigration officials insisted on marriage if we wanted to transfer to the US. Our wedding day was, as you can imagine, unceremonious. At a registry office in Marylebone.  Kevin had been incredibly ill and couldn't face guests. We expected to get someone off the street to be our witnesses and in the end the two security guards offered to do it. I was forced to leave my new white Armani suit at home (okay I'm not sentimental but I don't miss out on a shopping occasion ) as Tallulah, then nine months, also had serious gastric problems and I was dealing with explosive nappy changes every half hour.

One of our German friends in London, a social anthropologist, told us we were doing it all terribly wrong and we were horribly sad people.  Humans need milestones, he said, traditions to be observed. And they need to be witnessed by our community. Weddings, birthdays and all important dates must have ceremonies. We were making a horrible hash of it apparently. We have continued to ignore our learned friend.

But even we can't resist trying to find a place to brunch for Father's Day and paying three times what we should for eggs. In that spirit, we drove and walked around around Emeryville and Oakland for a full hour, (see photo above in Jack London Square) kids whining, crying and scrapping,  stopping at every breakfast place along the way, but finding an hour waiting time at each. 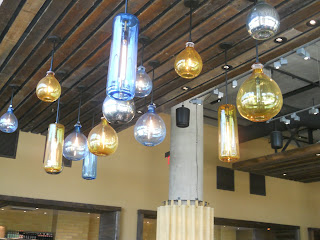 Eventually we found ourselves at Boca Nova, an upmarket restaurant on the water at Jack London Square in Oakland.  It was a glistening day on the water and the restaurant is beautiful with enormous blown lights and yellow subway tiles. 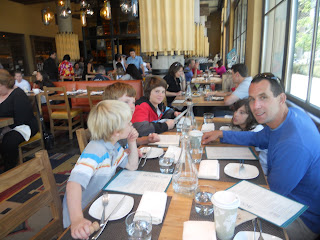 We forked out $40 for the kids to slip down the slide outside while we waited... and waited... and waited. Three plain burgers arrived with one plain chicken sandwich for the kids, my six oysters, fried eggs with pork belly ( hard-stoppingly delicious) and Kevin's Petrale sole sandwich. Kevin's Mimosa, my Pisco Sour and the kids' Shirley Temples arrived way after the food and after much, much prompting.


Yes, the interior is gorgeous with very friendly sweet waiters and the plates were small but tasty. But after a bill for $160 we vowed never to do that again.

Until next year.
Posted by About Last Weekend at 2:21 PM