One of my book club members was selling her 1920's Mediteranean in Piedmont and I decided to attend the preview to say goodbye to her home.
Wow,  housewife on the edge? 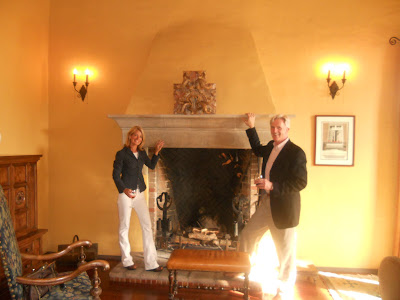 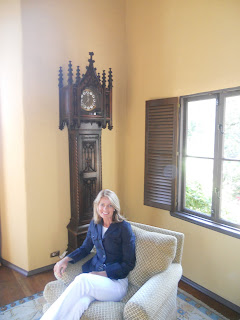 Another bookclub member interior designer, William Anderson, pictured above with me in the living room, has worked on this house for ten years and it is one of his favourites.

When we first arrived in Oakland eight years ago, an acquaintance referred to her own bookclub as "sacred".  Bit pretentious and dramatic, I thought at the time, but now I know where she was coming from. A successful bookclub is your anchor in life. I never fail to look forward to meetings every sixth Monday.

One of my only regrets about my own house is that we didn't include a large bookcase.

About ten years ago I saw a Seinfeld edition where Jerry challenges his friends about keeping books. Are you going to read them again? he asked. No - then why keep them? I am voracious reader who goes through up to three books a week and right then I decided to give away all my books and never keep a one. Now I realise that books are like photos. Just seeing them in the bookcase transports you to the time and place when you read them: the holiday sitting on the beach in Mexico, hiking the Inca trail, a hot summer in the backyard,  that cold winter in London.... 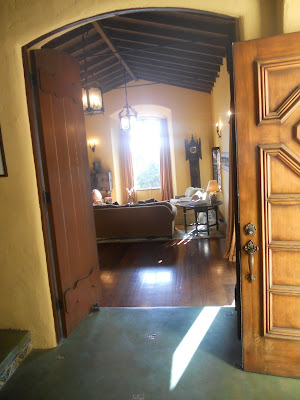 27 King Avenue Piedmont, Offered at $1,995,000 by Debbi DiMaggio of Highland Partners
Posted by About Last Weekend at 1:41 PM