High above the fervour of the fashion and food drama that is Chelsea is the most tranquil place in New York. It's called the High-Line. 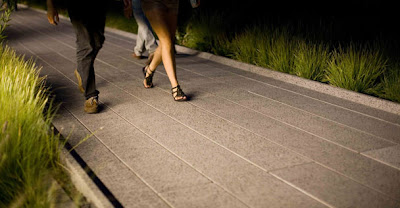 The High-Line is a public park two storeys above the streets of Chelsea, planted along a disused train line. It's a place where you take off  your high heels, change into flatties and walk. Or simply lie down barefooted and stare out to the blindingly blue sky. (Pics 1,2,45 from the website). 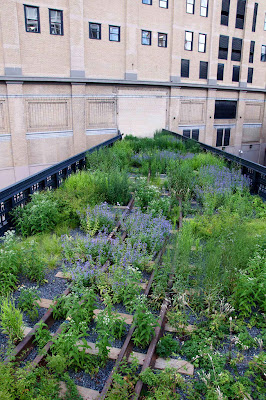 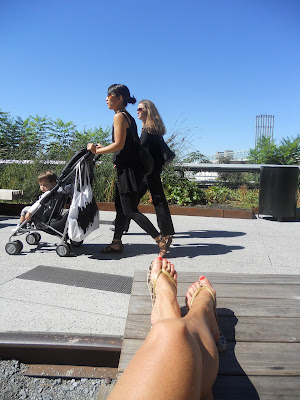 The park is a repetition of weeds, different kinds of concrete, rusted iron and the old wood sleepers made into sublimely comfortable lounging benches. Here's me above doing what I do best, relaxing. It's the sort of garden that makes you re-think everything about parks, plants and later when you're home, your own outdoor space and especially your seating areas. I've never been to an outdoor space where it's so dreamy and yet rugged and uncompromising in it's tough fabrics. 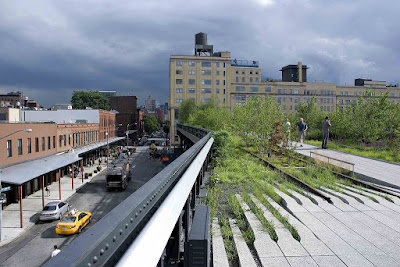 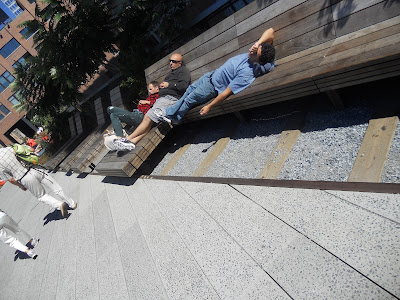 The original High-Line was built in the 1930's as part of a massive infrastructure project costing $2bn in today's money. It lifted freight traffic 30ft in the air, removing dangerous trains from the streets of Manhattan's largest industrial district. Previously there had been so many accidents between freight trains and street level traffic, that 10th Avenue became known as Death Avenue. To improve safety, men on horses called "West Side Cowboys" rode in front of the trains waving red flags. 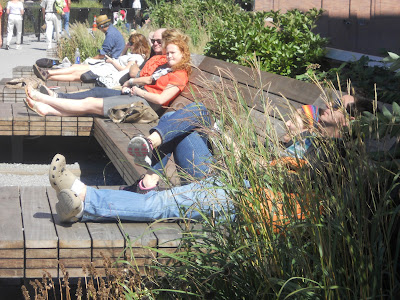 No trains have run on the Line since 1980 and it was marked to be destroyed. In 1999 it was rescued by a community group, Friends of the High-Line who worked with the City of New York to preserve and maintain the structure as an elevated park. 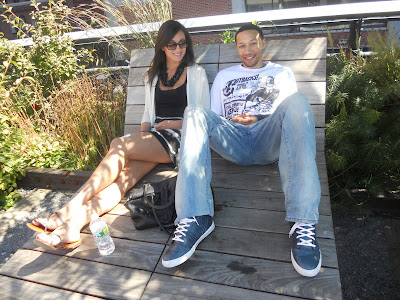 Pics above show some angles of the park with its waving weeds. The couple above were walking and resting here on their day off work. Pics below show views from the park: yellow cabs, slick billboards, buildings, crowded car parks and even large art words describing the crassness of our lives. The juxtaposition of the two obviously adds to the fascination of the area. 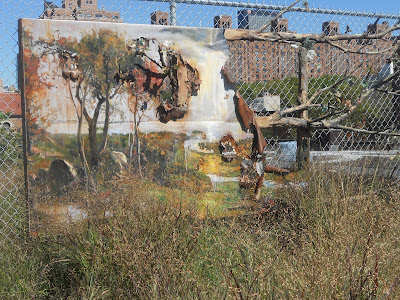 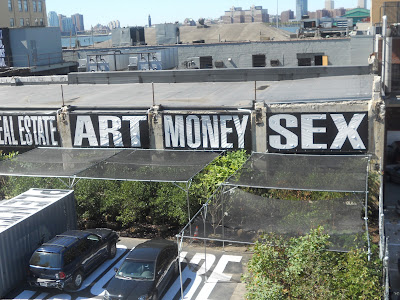 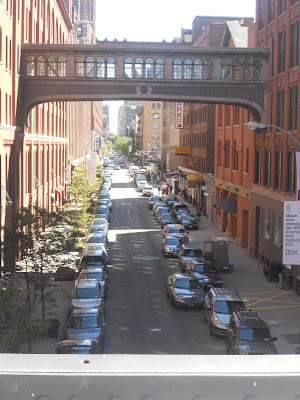 A testament to the peacefulness of the park -  during my three days in New York I did not buy one single item of clothing from the stores. My soul was cleansed! I wish... Truthfully, after lolling in the park for so long I didn't have time to try anything on.

Posted by About Last Weekend at 2:16 PM