This wee chap had just been born. This week he turned 50 years old. He is my older brother, Tony. 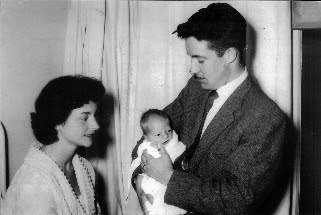 Tony lives in San Francisco, just across the bridge from me. My parents, Madeleine and Arthur flew in from New Zealand for the occasion, my younger sister, Sharon popped in on the way back from Argentina and Tony's two eldest daughters came from Lebanon, Maine. Only my sister Pietra was missing, still walking what seems like the length of Spain. In the flurry of the celebrations I came across this photo.
What is so striking about the photo is that Mum and Dad are so young (Mum was 21 having her first baby, compared to my 35) and Dad looks so dapper in his suit and tie.
Mum, who's staying with us for the week, tells me that because of the Plunket nurses in New Zealand, new mothers were able to stay in hospital for 10 days, having a jolly good rest. The babies were looked after by nurses while their mothers slept, and brought back to Mum for a snuggle and breast-feeding. The mothers emerged from hospital as well rested as a new mother could be, with a baby who slept through the night.

In contrast: having my first baby, Harley, at St Mary's in Paddington, London involved lots of training for the birth and very little on the aftermath. (I had not realised that baby came home with you and did not leave.) I taxied into hospital clutching a well thought through birth plan with photogenic t-shirts, scented candles and whale music. All of the above were chucked after 12 hours of labour and the next day saw me standing on the steps of St Mary's hailing a cab with a tiny baby wrapped in a towel, slightly stained because I put on the diaper crooked, me wearing a black ACDC t-shirt, stained sweatpants of Kevin's, scraggly hair and flipflops. But later, babysitters, cleaners and nursery schools eased the load.

In Mum's world, there was no such ease. Three kids later, her hair was bobbed close to the head but by the fourth it was as high as Mum's workload, cooking meals from scratch, making all our clothing, handwashing everything including cloth nappies and narry a babysitter or cleaner. 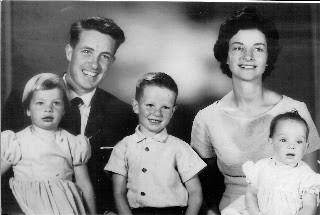 Anyway, despite his ordered and calm beginning my brother Tony ended up being a whirling dervish of energy, charm, constant crack-ups and lateness so habitual as to be dependable. We lived on Ohope Beach and even as a tiny guy he was keen on wandering off down the sands looking for friends to toss a ball with. "Hi, I'm Tony - here catch!" were his constants from the time he could talk. He was the best friend-maker and still is. Tony kept on playing and wandering, becoming a world-ranked squash professional, travelling the world and living in Amsterdam, Switzerland and Boca Raton. He kept on talking and then turned into a top commercial realtor. And he still like his goofy poses and still grins all the time. 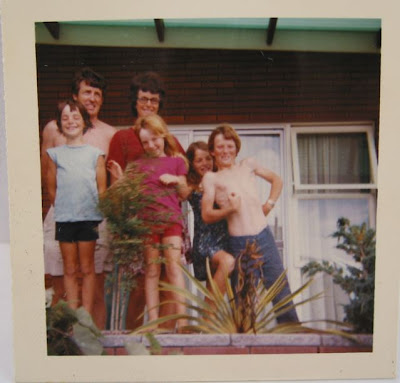 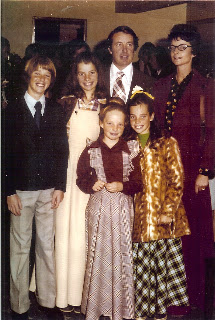 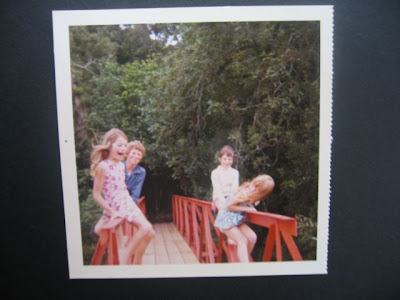 Until I was six, he treated me like a princess, introducing me to the world. "This is my sister Jody" he would say proudly. I'm not sure what happened (someone may have drawn attention to my rather unflattering haircut above, or perhaps I gave him one too many of my infamous pinches) but suddenly I was on my own. No worries, that's what's made me the staunch Kiwi woman you see today. 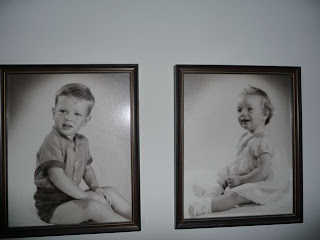 This week was a time of parties, starting with Saturday night at St Francis Yacht Club in San Francisco. Almost everyone came as something about Tony's life. There were squash players, green thumb bushes (Tony is a happy gardener), big Steinlager bottles (he likes his frosty Steins), surfers and sailors (Tony had  lived on his own yacht moored to Pier 39 for some years.)

We all astounded when Tony bought a yacht 15 years ago, remembering our myriad of childhood misadventures with our Catamaran. On one occasion Tony thought he would impress one of my friends with his sailing skills and had to be rescued after he upended the cat completely with the mast sticking straight up into the sand. On another occasion we cut off everyone's Christmas dinners. He and I and cousins from England were pushing the Cat down our driveway to the sea, with Tony and I scrapping loudly over who wasn't pushing enough, when suddenly there was a enormously loud bang. We looked up, horrified.  We had left the mast up. It had severed all the telephone wires and cut off the power for everyone for that whole day. The fireman could not explain why we were all not instantly fried.  After at least five more rescues - we consistently sailed out to sea and couldn't get  back -  and many fines and donations to the Surf Club, Firefighters and the local council, finally one day Dad sold the Cat.

Tony's sailing skills aside he is much appreciated. His wife, Grace, set the bar very high for wives everywhere when she dressed in fiery red frock "because he's hot!" 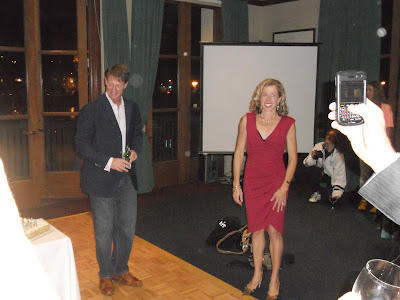 Kevin and I came as 1960, the year Tony was born. We wore our Mad Men gear and carried our cutouts of Don Draper and Joan.  In the melange and melee of the night, "Joan" ended propped up against pics of a family reunion kayaking through Tonga, which I'm not totally sure she would have approved of.  Second pic of me with Sharon and Mum. 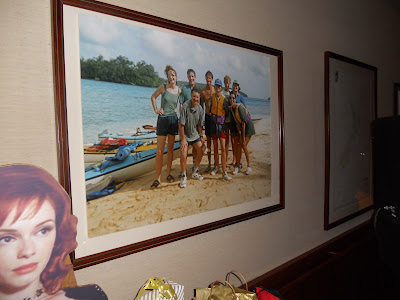 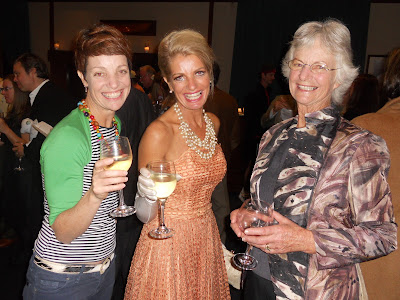 My Dad Arthur declined to be this blog (obviously not keen on fame and fortune) so needless to say the chap in the middle is NOT my father. 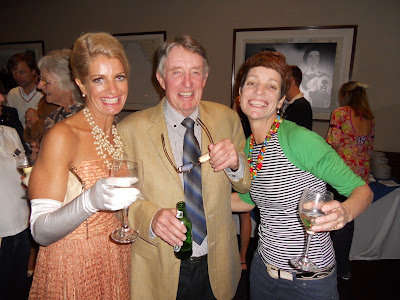 Two nights later we were celebrating again with all Tony's four daughters, aged 18 to four. Pic below of "Little" Pietra, Tony's eldest, with my Tallulah. Second pic includes Pietra, Devan and Cecily and third pic of Mirabelle. 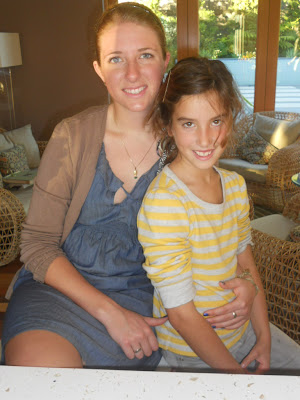 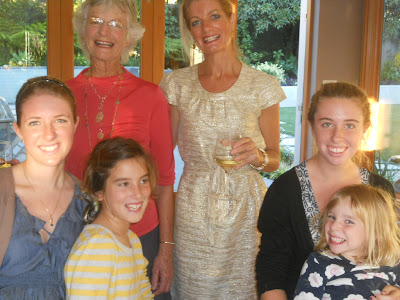 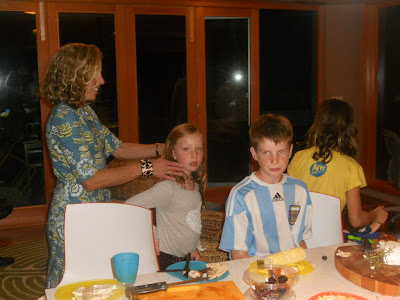 And finally, you can take the Kiwi bloke out of New Zealand, but he'll never turn down a good Pavlova. 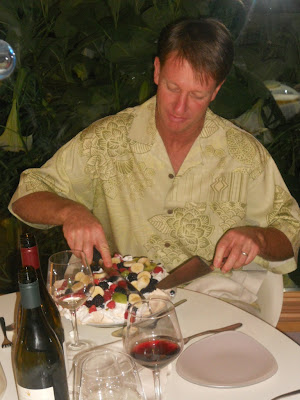 My brother, Tony.
Posted by About Last Weekend at 11:29 AM