We spent President's Weekend at home instead of skiing in Tahoe because the intense traffic. The three days undulated between torrential rains and bright shine. Evenings of rather too many exotic cocktails were followed by days of feeling bit delicate and the gentle domesticity of digging up carrots with Cy, seven. 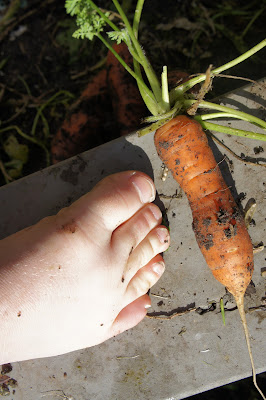 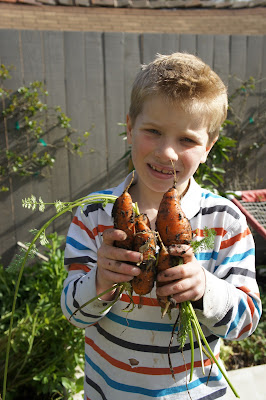 On Saturday morning Kevin disappeared for an hour and arrived back with a boatload of garden tools. Cy promptly grabbed the most dangerous pitchforky tool - two seconds after this pic was taken he raced around the lawn wildly brandishing the prongs with me chasing after him. 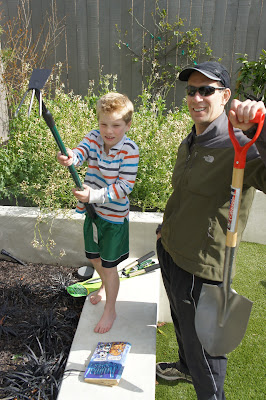 Emboldened by the tomato plant success - the thing that grew so abundantly huge we couldn't give the tomatoes away,  Kevin and Cy got stuck into the digging, to find loads of carrots under the soil which had been totally forgotten. I love the pic above of Cy's toes which look kind of carroty too! 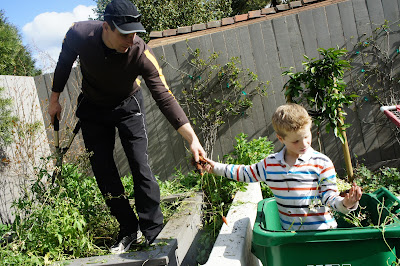 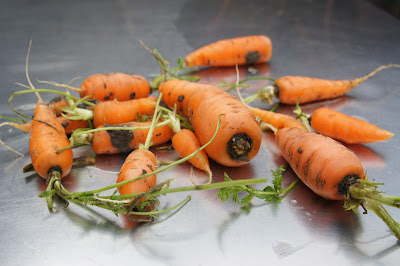 Funnily enough our friend Mike bought this Carrot and Orange soup last night (just carrot, orange juice, onions and glob of butter) so Kevin's keen on scrunching them all in a blender. 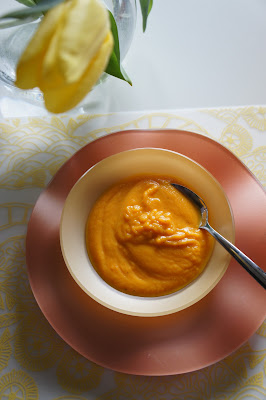 All four kids got their hair cut. This is the first time I've seen Harley's ears since he was six years old (seven years ago) when the third photo was taken. Following this paddling pool shot, Harley's hair has been either quite long or really really long. 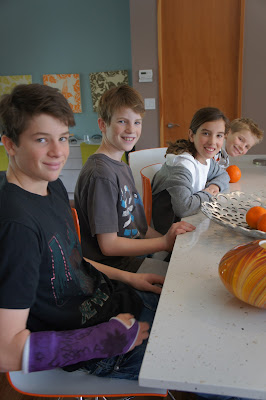 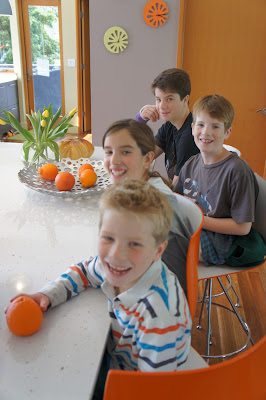 It was so refreshing to see Harley's face again I was too afraid to enquire what had possessed him.  Previously he'd wanted to cover up his "freakishly-small ears" which he's apparently inherited from me. (Just when you thought you knew everything you were going to be blamed for). Hate to be around if he inherits the Brettkelly schnoz! My family's noses are either round bobbly Lancashire ones  - "Buy a poppy!" as my Dad always says -  or very long Concord-ian types. The next couple of years will tell...

Friday night was a fundraiser for our kid's Oakland public school. Always love these events as when you're sipping you can think: "Good on me. It's for the kids!" After gingery, lemony cocktails at a friends' we took the stretchiest limo I've ever seen to Dark and Delicious, a showcase of local Petit Sirah at Rock Wall, a vast, unheated, old airplane hanger at Alameda Naval Base. 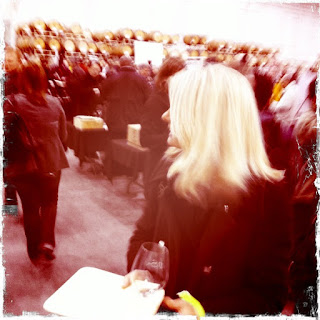 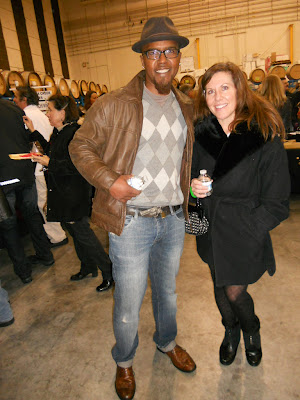 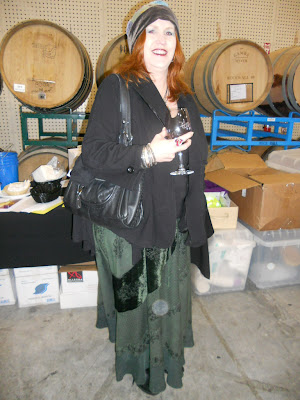 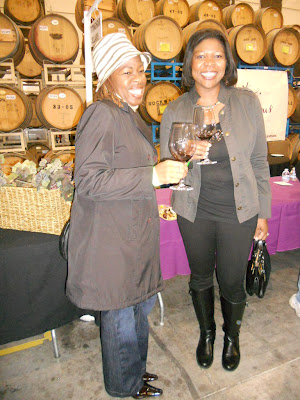 The bitter cold only served to make it more fun - hats, huge coats, boots amid a footy field of deep reds with a vast spread of organic tidbits including pulled pork, white bean soup and chocolate cake. We wrapped up the night with chocolate martinis. 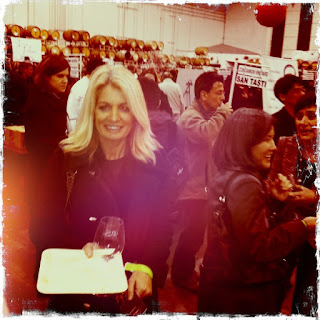 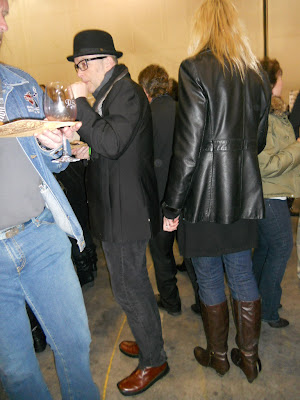 Saturday night, our friends Gary'n'Ross treated us to bottles of Bolly followed by dinner at the new Hudson. Last night saw a few too many glasses of Kim Crawford while catching up with Andy, an old friend from London...

So feeling tad delicate again. No worries - a bowl of carrot soup tonight and I'll be as right as the rain pouring down...
Posted by About Last Weekend at 4:48 PM

Email ThisBlogThis!Share to TwitterShare to FacebookShare to Pinterest
Labels: Our House, PartyPash